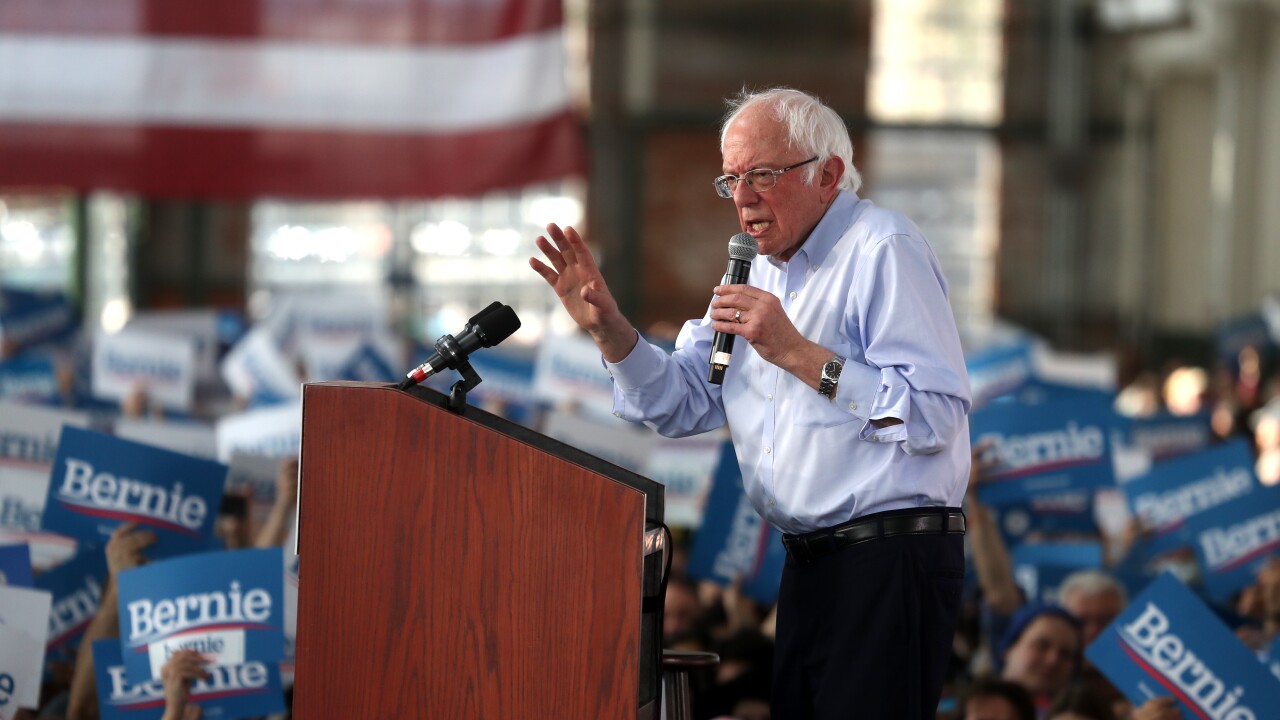 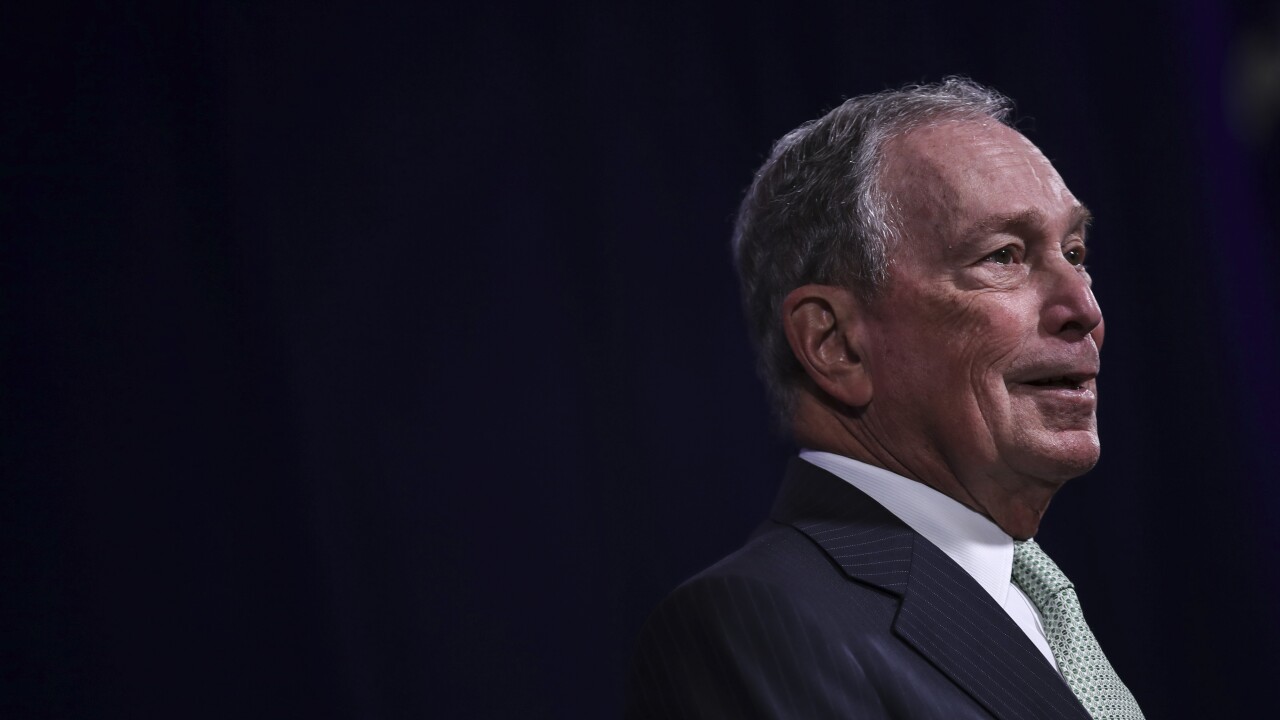 A recent poll from Monmouth University shows former New York City Mayor Michael Bloomberg along side Senator Bernie Sanders being tied for the lead in Virginia in the race to be the Democratic presidential nominee.

Mike Bloomberg, Bernie Sanders, and Joe Biden top the field in Virginia, which holds their Democratic presidential primary on Super Tuesday. The Monmouth University Poll finds that most voters prioritize someone who can beat President Donald Trump and unite the country, but few seem to be firmly decided on who that candidate is.

Among Virginia voters who are likely to participate in the Democratic primary on March 3, support currently stands at 22% for Bloomberg, 22% for Sanders, and 18% for Biden. They are trailed by Pete Buttigieg (11%), Amy Klobuchar (9%), and Elizabeth Warren (5%). Another 11% of likely primary voters remain undecided and do not lean toward any candidate at this time.

Virginia does not have party registration and any voter may participate in the primary. Among those who identify themselves as Democrats, Sanders (22%), Biden (21%), and Bloomberg (20%) are on equal footing. Other candidates get less support among self-identified Democrats, including Buttigieg (13%), Klobuchar (7%), and Warren (6%). Among those who call themselves independents (plus a small number of self-identified Republicans), Bloomberg (25%) and Sanders (23%) share the lead, followed by Biden (13%), Klobuchar (13%), and Buttigieg (8%), with Warren getting only 2%. White voters are split between Bloomberg (25%) and Sanders (23%), while Biden leads among black voters (37%). One-third of voters under 50 years old prefer Sanders (35%), while a similar number of those aged 65 and over back Bloomberg (32%).

“Virginia provides an interesting test on Super Tuesday. A wide range of candidates appeal to voters here and it is very much a jump ball at this point,” said Patrick Murray, director of the independent Monmouth University Polling Institute.

Just 1 in 4 (25%) likely Virginia Democratic primary voters are firmly set on their candidate choice and another 1% have already voted absentee. Most are open to voting for a different candidate on March 3, with 18% saying there is a high possibility of this happening, 34% saying this is a moderate possibility and 10% saying this is a low possibility. The results out of Iowa and New Hampshire had little impact on how Virginia voters are viewing this race. Fully 81% said the outcomes of those contests did not really change their thinking about the upcoming primary. Among the small number who said they took a second look at the field because of the first two states, just under half said they changed their mind about whom to support (7%) and just over half said they did not (11%).

The poll asked voters how they would vote in a hypothetical two-person race pitting Sanders against one of the more moderate candidates. In these scenarios, Sanders edges past both Klobuchar (45% to 42%) and Buttigieg (44% to 42%) but comes out on the losing end against Bloomberg (41% to 47%) and by an even wider margin against Biden (38% to 51%).

“When pitted against Sanders, Biden and Bloomberg are stronger in Virginia’s racially diverse electorate than Klobuchar and Buttigieg. Two of the leading candidates are already well known and the third has been spending a lot of time and money here, so we can’t be sure whether these differences are the product of real preferences or just name recognition. This should become clearer when all the candidates start focusing on Super Tuesday,” said Murray.

Virginia voters are looking for electability – 62% said in the survey that beating Trump is more important to their vote than lining up with a candidate on any policy issue. Another 22% say electability is as important as their top policy concern while just 14% say it is less important than issue alignment. Among those who say beating Trump is their top priority, 23% support Biden, 23% support Bloomberg, and 17% support Sanders. Among those who say it is not a top priority, 31% support Sanders and 21% back Bloomberg.

Looking at candidate qualities, 67% of likely Democratic primary voters say they want someone who can unite the country, while 27% say they prefer someone who can bring about change. More than 4 in 10 “change” voters back Sanders (43%), while “unite” voters are divided between Bloomberg (26%) and Biden (19%).

Virginia Democratic primary voters are divided on the possibility of beating Trump in November. Nearly half (45%) think the incumbent will be reelected, while an identical number (45%) think he will lose to the Democrat. A bare majority (54%) of likely primary voters feel optimistic about this year’s election (27% very and 27% somewhat), while 41% are pessimistic (20% very and 21% somewhat). Black voters (72%) are more likely than white voters (46%) to feel optimistic about the 2020 election.

The Monmouth University Poll was conducted by telephone from February 13 to 16, 2020 with 400 Virginia voters who are likely to vote in the Democratic presidential primary on March 3, 2020, out of 706 registered voters that were contacted for the poll. The question results in this release have a margin of error of +/- 4.9 percentage points. The poll was conducted by the Monmouth University Polling Institute in West Long Branch, NJ.