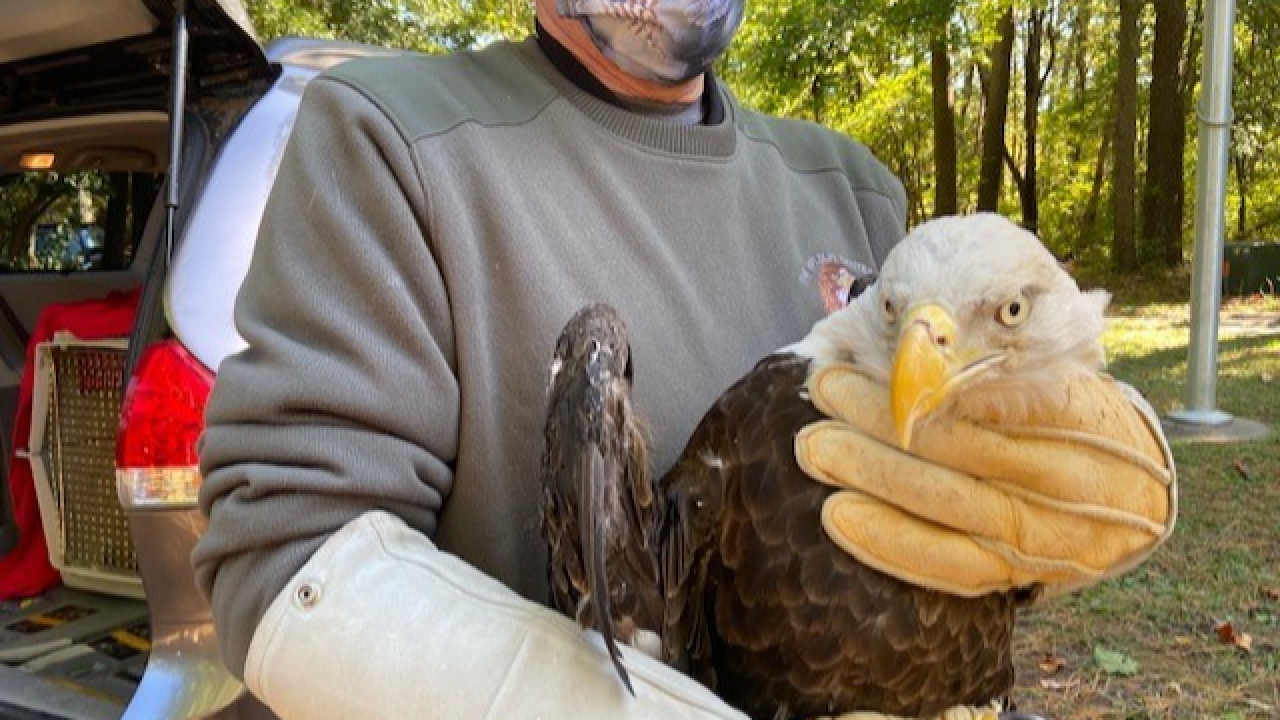 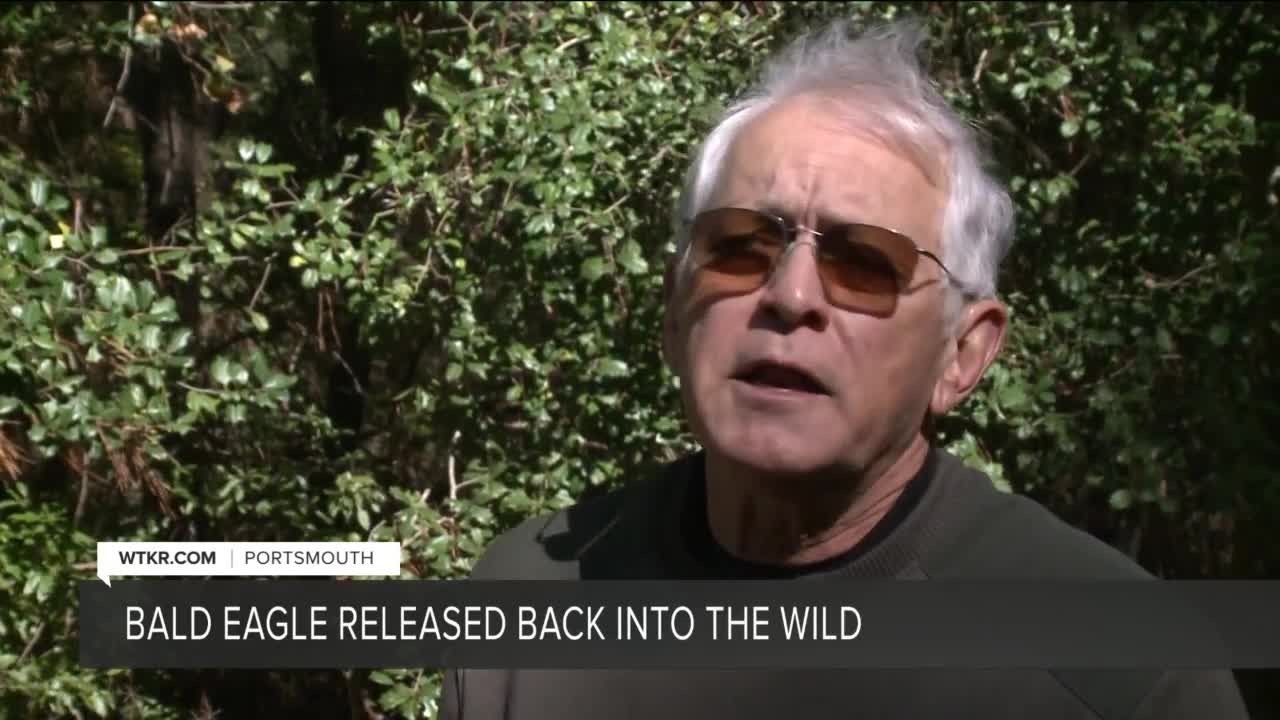 PORTSMOUTH, Va. - Bundled up and armed with long lenses, an intimate crowd of naturalists, rehabbers and bird enthusiasts gathered, ready for a glimpse at our national symbol on this election day.

"It has been the national symbol since the 1780's but it hasn't always been treated with much respect," said Ed Clark, President of The Wildlife Center of Virginia.

The eagle who made his way to the Hoffler Creek Wildlife Preserve in Portsmouth Tuesday is a solid eight pounds, has a six foot wing span and is being labeled majestic and mysterious.

"They really are the flagship species of the natural world and we almost lost them," said Clark.

This regal eagle found himself in a scuffle in Suffolk in August with another bird, but thankfully rescued by a private citizen.

"Fights are pretty benign but this one banged up and he had soft tissue injuries," Clark said.

The beautiful bald eagle has been undergoing treatment at the Wildlife Center of Virginia for the past two months.

"We are delighted to return him to area in which he came from and give him another chance," said Clark.

Clark says bald eagles are no longer on the endangered species list, and went on to note that there are more than 2,000 pairs in the commonwealth and more than 1,500 nests in the Tidewater region.

"The bald eagle is one of the greatest conservation success stories we have in North America," he said.

This icon a a symbol of courage, strength and freedom, taking the popular vote with eager onlookers.

"Alright everybody, one, two, three," shouts Clark before launching the bird over Lake Ballard.

"To be able to send him back to wild lets us be comforted no matter how divided we are as a people or polarized, we are all American's, " said Clark.