Richmond protesters tear down Columbus statue, throw it in lake 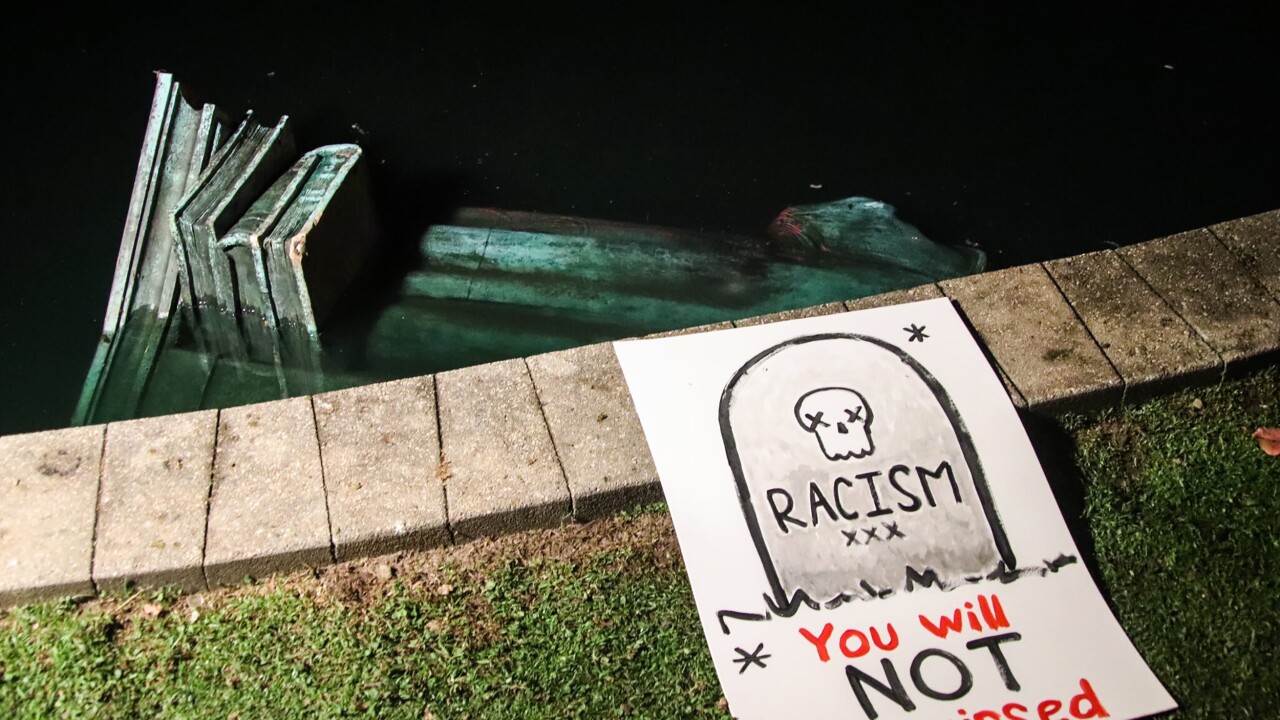 AP
A statue of Christopher Columbus is in the water at Byrd Park in Richmond, Va. Tuesday, June 9, 2020, after it was torn down by protesters. The figure was toppled less than two hours after protesters gathered in the city’s Byrd Park were chanting for the statue to be taken down, news outlets reported. (@marleynichelle via AP) 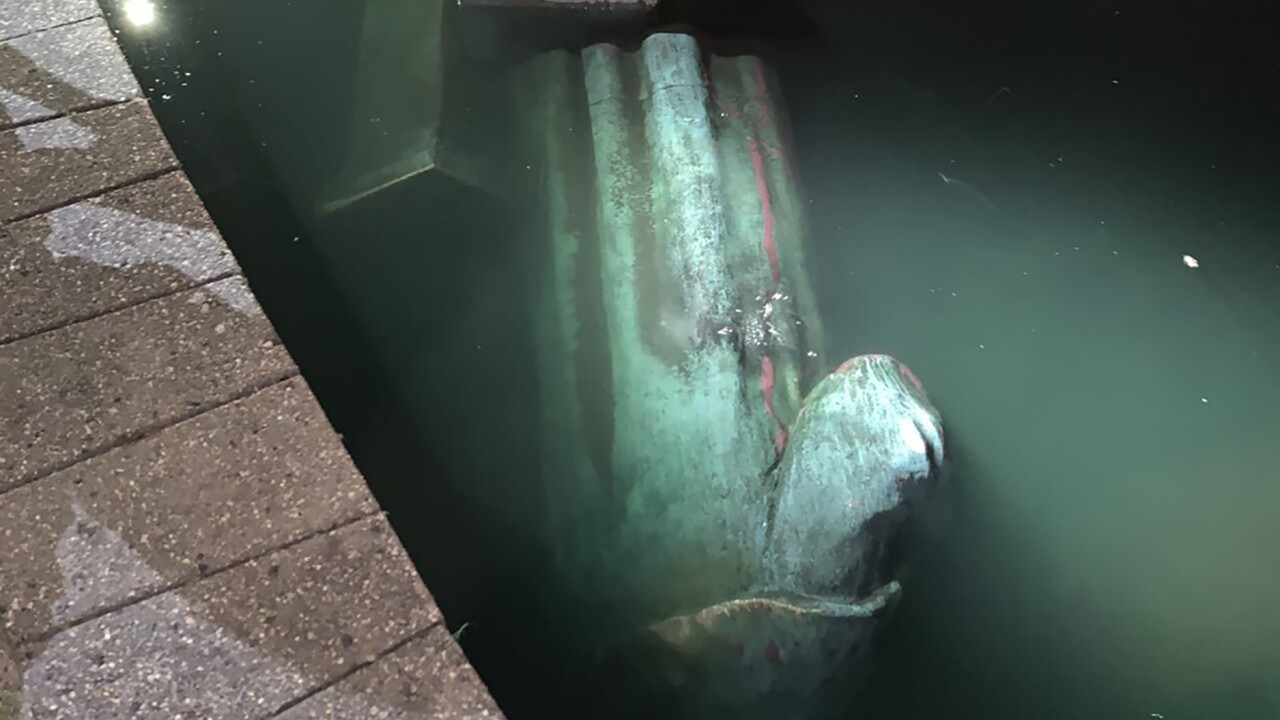 RICHMOND, Va. - A statue of Christopher Columbus in Richmond's Byrd Park was vandalized, torn down, and thrown in the park's lake on Tuesday night, CBS 6 reports.

The night began around 6 p.m. when a group of about 1,000 protesters gathered in the park for what was initially a peaceful gathering in solidarity with indigenous people.

The protesters marched to the Robert E. Lee Monument before several groups of rioters returned and vandalized the statue before pulling it down with rope and pushing it into the lake.

One woman who has lived in Richmond for the last 26 years believes it's a sign of change.

“I think it’s phenomenal," Maureen Stinger said." I know some people have a lot of emotional attachment to some of these monuments, but I believe with them coming down, that is one very strong step toward more unity within the city. And I think that can only be a good thing.”

The tearing down of the statue comes just days after the Williams Carter Wickham statue was pulled down in Monroe Park.

The Columbus Statue has been frequently vandalized in recent years, with the words "lies" and "genocide" painted on it in 2015.