Study: COVID-19 antibodies could offer immunity up to 6 months 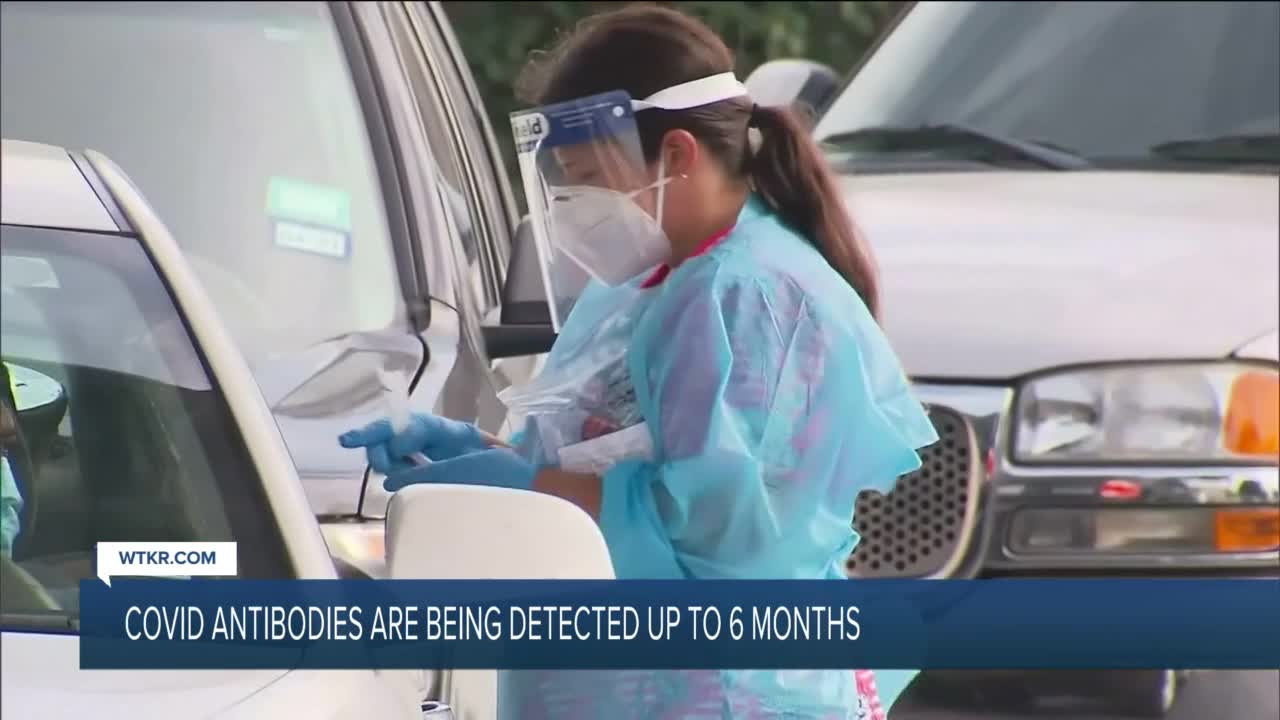 HAMPTON ROADS, Va. - As the world waits for a COVID-19 vaccine, researchers in the U.S. and around the globe are working to better understand how the body’s natural defense against the virus may last even longer than initially thought.

Preliminary data out of New York and England shows a person could have some immunity to COVID-19 as long as six months now after being infected.

“They tested patients at the time they had it, after a month and every month after that,” said Dr. Ryan Light, a medical expert who practices family medicine. “Then they tested it at six months, and they’re still showing that the immune system has enough antibodies to fight off future infections even up to six months after the previous infection.”

Nearly 90 COVID-positive patients who were showing symptoms were enrolled in the study in New York. Researchers found that while the level of antibodies in the blood dropped over that six-month period, they were still detectable in a majority of participants.

The news is promising after initial findings indicated immunity from the virus could last about three to four months.

“I’m just impressed with our innovation and how much drive America has and how successful we’ve been,” said Light.

A similar study from the UK found that six months after contracting COVID-19, participants had a memory response with antibodies, known as T-cell responses, that showed they could fight off the virus faster if they’re exposed a second time.

Dr. Light said the low reinfection rate could explain why cases in the Hampton Roads area have stayed relatively consistent over the past few months.

“We’re not seeing that reinfection rate as high because when we originally thought that maybe the antibodies would be gone after three months, now we know antibodies are still hanging around to even up to six months away,” he said. “That kind of gives us a herd immunity. We talk about herd immunity when enough people in the population have had it. You can’t transmit it because it dies out in the population because if everybody has antibodies to it, nobody can give it to anyone else.”

Though widespread herd immunity to the virus will be difficult to achieve without a vaccine, experts say having antibodies could help slow the spread.

More research, and time, is needed to pinpoint exactly how long antibodies last in people who’ve recovered from COVID-19.