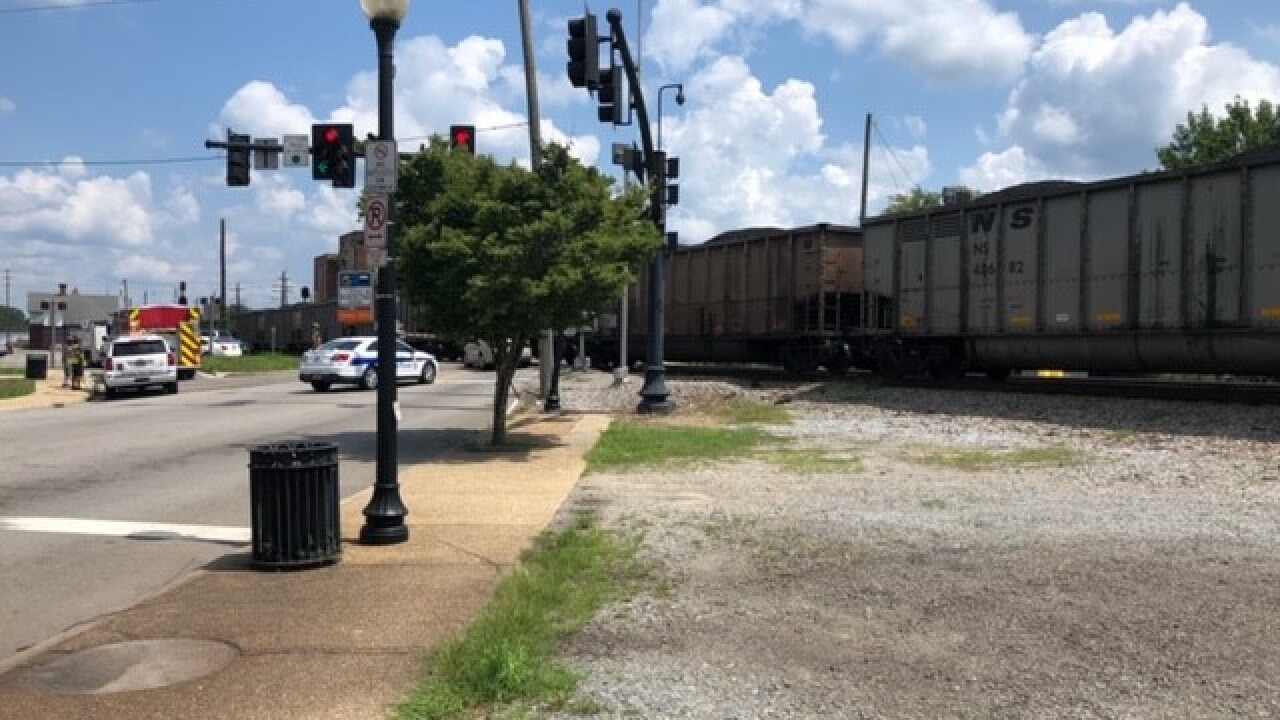 Officials say they received a call at 1:29 p.m. regarding the crash at the railroad crossing in the 200 block of East Washington Street.

Police say there were no injuries and no derailment.

Police are investigating but the roadway has reopened as of 3:30 p.m.

Related: Bicyclist dies after being hit by train in Suffolk