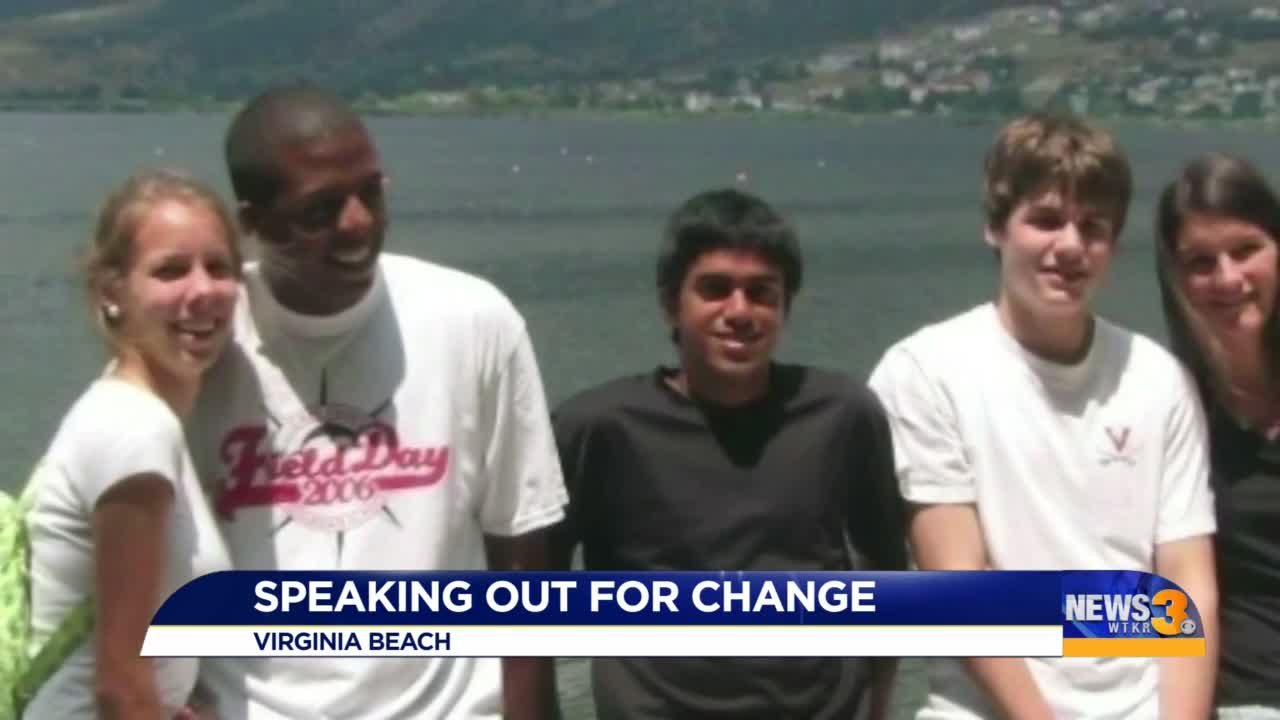 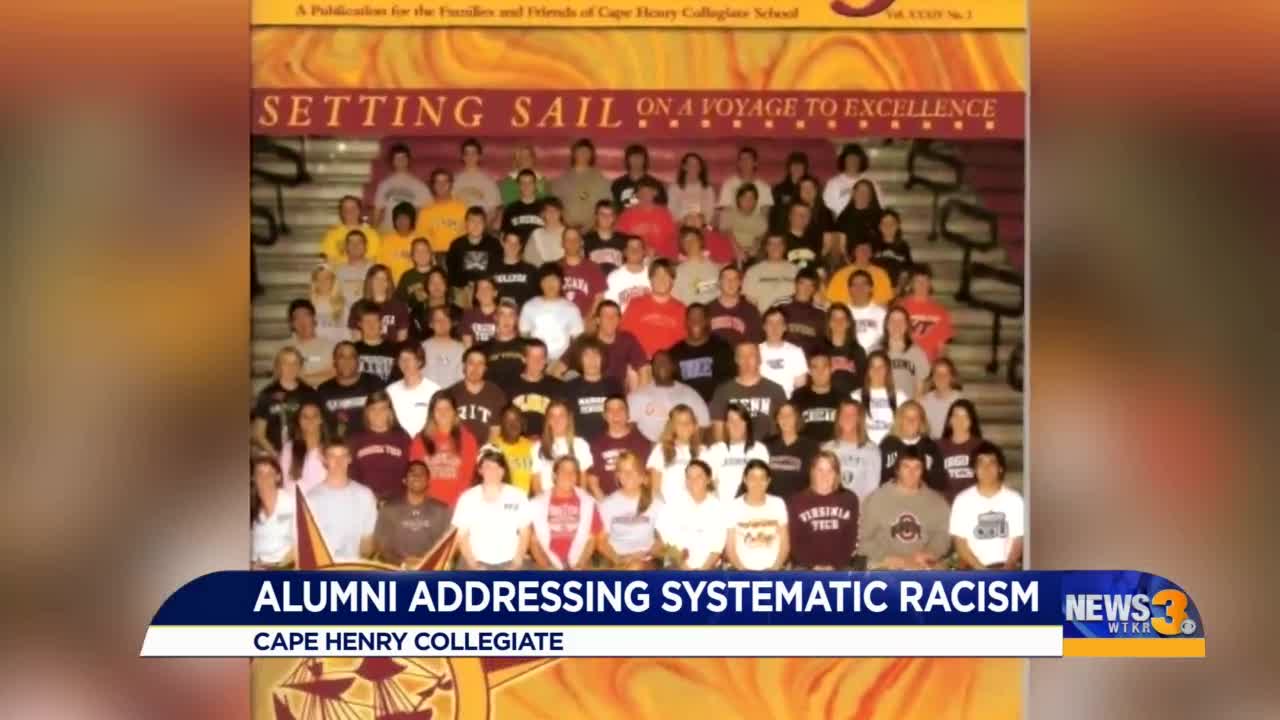 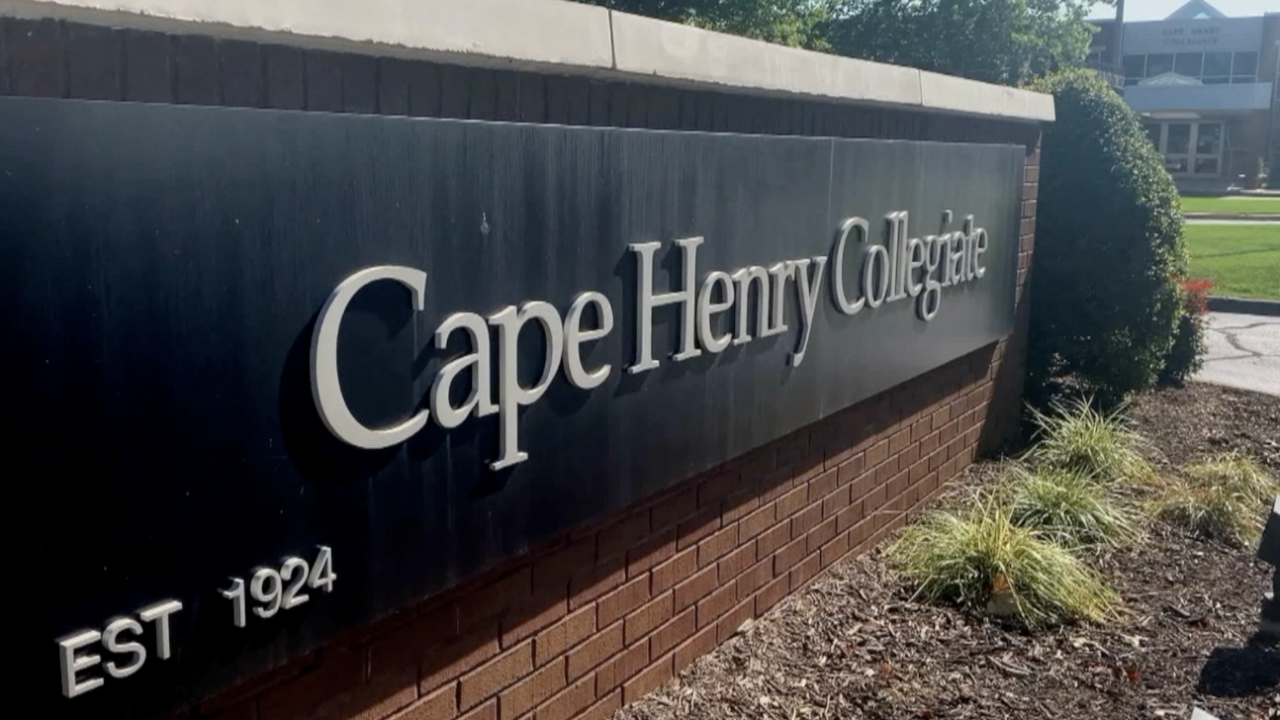 VIRGINIA BEACH, Va. - Cape Henry Collegiate’s mission statement reads as this: “We know, value and challenge each student. We commit to building a diverse and inclusive community. We graduate independent thinkers and globally aware citizens.”

This mission statement is why alumni, some current faculty and parents expressed their disappointment in what they say is the school’s deafening silence on the current climate of our country due to racial injustices.

“America is now in a time where the debate about racism can no longer be circumvented for the ease of white people and it shouldn’t be. I think Cape Henry has the unique opportunity to take a stance and to make sure that the future Dolphins know that their school takes an anti-racist position,” explained Nathalie Bank, Cape Henry ’07.

Nathalie Bank, Natalie Parmenter and Kriston Nixon crafted a letter and sent it to fellow alumni. They say now is not the time to be ambiguous, but to take a stance, pick a side and call out injustice when you see it. The letter received around 180 signatures before it was officially sent to the school.

“Cape Henry released a statement that missed the mark. It was talking about racism and diversity, but it didn’t really address what our nation is actually talking about and racism as a whole and police brutality,” said Natalie Parmenter, Cape Henry ’01-’06.

“Over a period of that weekend after sending the first letter, I had the opportunity to talk with Black faculty here at the school, with Black alum, with some students and former students and as a result of that I realized my initial words left them feeling disappointed. So, again that was my failure and it was really important to me to listen to them, to be able to send something stronger out that spoke to them to let them know where Cape Henry stood and it was with them,” said Dr. Christopher Garran, Head of School.

In a vulnerable video, that has now been shared around his school, Peter Pearson took to social media to share some of his experiences attending a predominately white school.

“In that moment, at that age – you never really realize and don’t know how to comprehend it. So, subconsciously you’re thinking of things and you’re trying to figure out a way to fit in both groups,” explained Pearson, Cape Henry ’14.

During a round table talk via Zoom, a small group of alumni shared experiences about how they felt on what they say is a lack of diversity at Cape Henry.

“I would never say that the school itself was racist, but it had some bad actors,” said Alex Spruiell, Cape Henry ’07.

“I was on full financial aid. They of course presented it to me as a scholarship and not financial aid which looking back I realize was their way of making me feel like I wasn’t less than or didn’t belong there. I can say they always listened to everything I had to say and they always took any concerns I had seriously,” said Angel Richardson Mickens, Cape Henry ’07.

But unlike Angel, Aaron Moore says he went through a culture shock after transferring from a predominately Black public school in 9th grade.

“One thing I remember always getting picked on was, ‘Why am I always so angry, why am I always so quick to spout off when someone said something that was really disrespectful.’ For me, it was because I never had to deal with just different pieces of racism. So, I didn’t really know how to take it,” said Moore, Cape Henry ’07.

Some difficult memories of the past when it came to racist comments were brought up in the group discussion. Alex Spruiell attended Cape Henry from Pre-K to 12th grade and says he remembers vividly when a classmate of his said he had to do his homework for him because he was Black.

“We’re second graders. This is our first experience with any kind of racial thing. So, we’re just like, ‘Are we really supposed to do his homework?’” asked Spruiell. “Then it happened again with the same kid in 5th grade telling me I would make a good slave because I was tall, I was black and I was strong.”

The topic of tokenism was also brought up.

“I know right before I graduated, they sent out a mailer and of course front and center was my group of friends that was extremely diverse. We had an Asian guy, an Indian guy, me, but then when I looked at the picture again, I had been photoshopped into the picture twice. So, I appeared once on the left side and once on the right side and it was hanging right before you get to the Headmaster’s office as you walk through the front hallway,” said Spruiell.

“I would like to see the faculty be a little bit more burdened with their own unlearning of some of their racism and their own learning of how to move forward,” said Kriston Nixon, Cape Henry ’05.

“When you hear from a student, or an alum or a faculty member, a teacher here and they tell you about an experience they’ve had especially under my watch – absolutely, it pains me. But, it also makes me realize we’ve got to now double down on doing even better. Here at Cape Henry and hopefully schools across the country are hearing from their alum and they’re going to do the same thing - not be defensive, be open, listen and make changes,” said Dr. Garran.

Dr. Garran says changes will begin this school year – starting with the curriculum.

“Taking a look at both our history courses and also our English courses. We’re making sure the literature that’s being read in our English classes is coming from a set of diverse authors," explained Dr. Garran. "Also, making sure that the history we’re teaching is not simply events, but it’s also the lived experience of the people who are going through those events."

“My biggest hope is that the conversations will continue. I feel like the dialogue is so important right now,” said Mickens.

Alumni we spoke with say this is the time for their school to reflect, to think and to change in order to fully represent the part of Cape Henry’s mission statement of inclusivity and diversity.