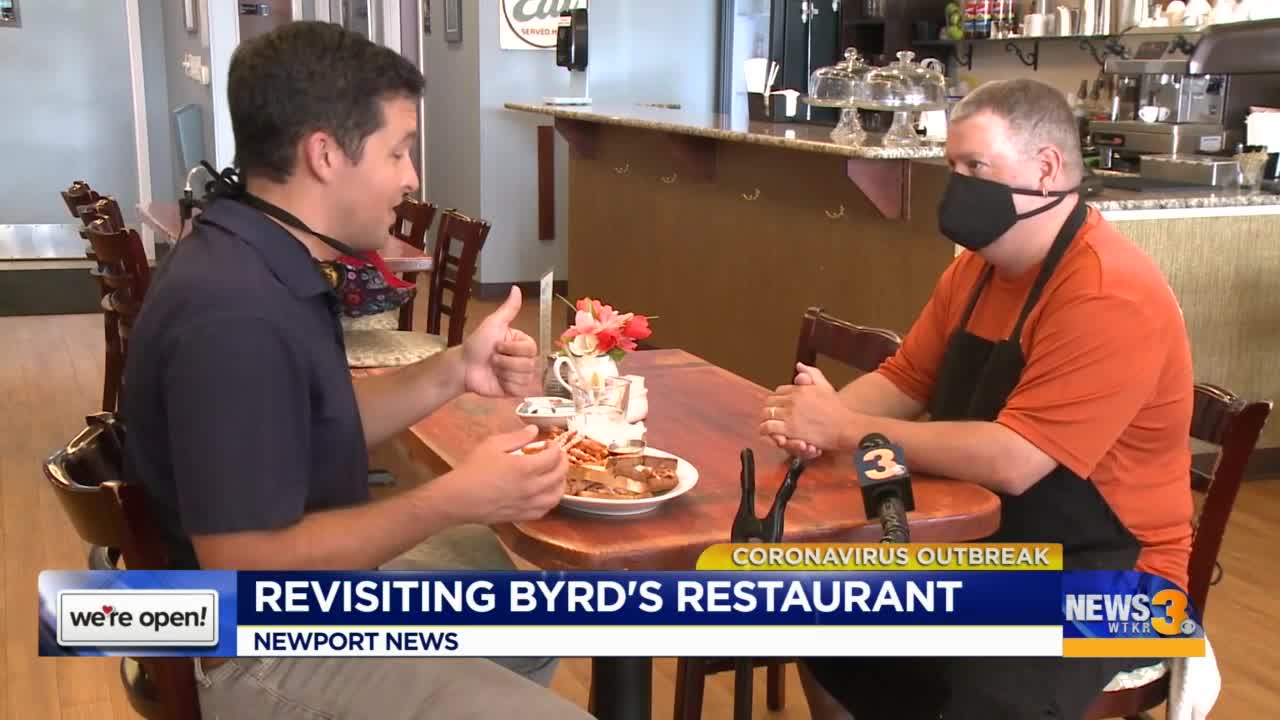 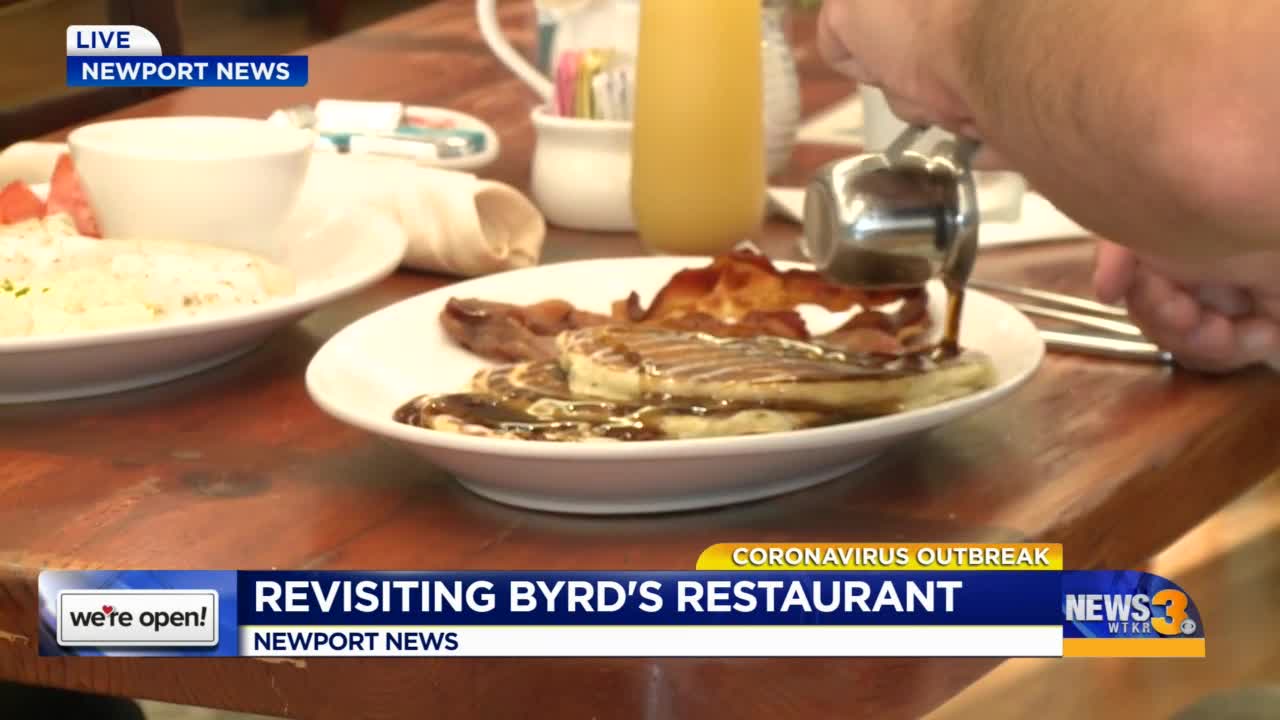 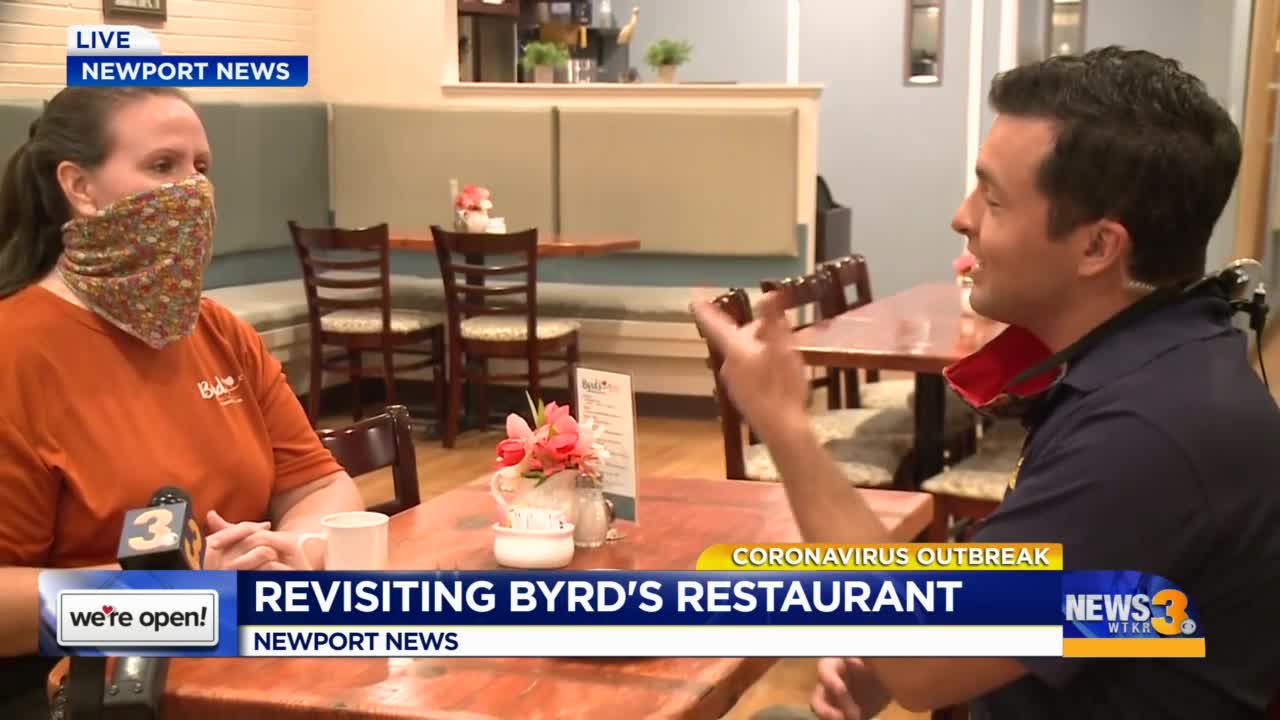 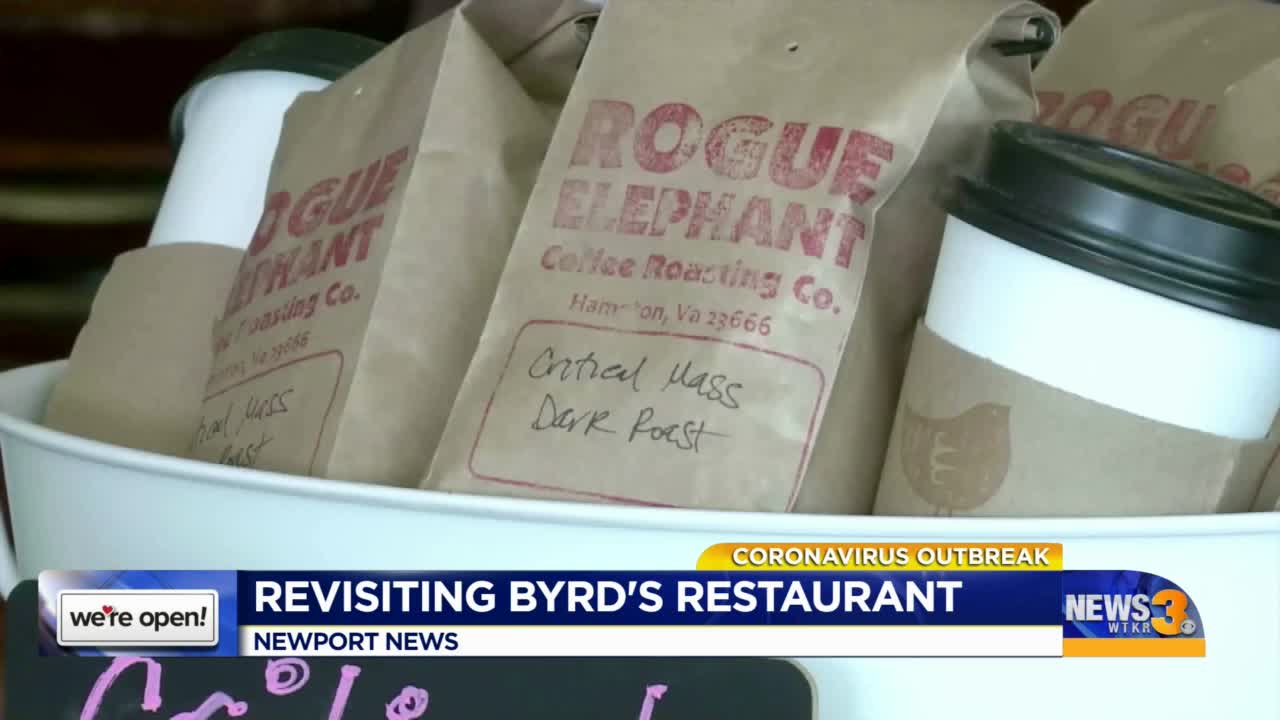 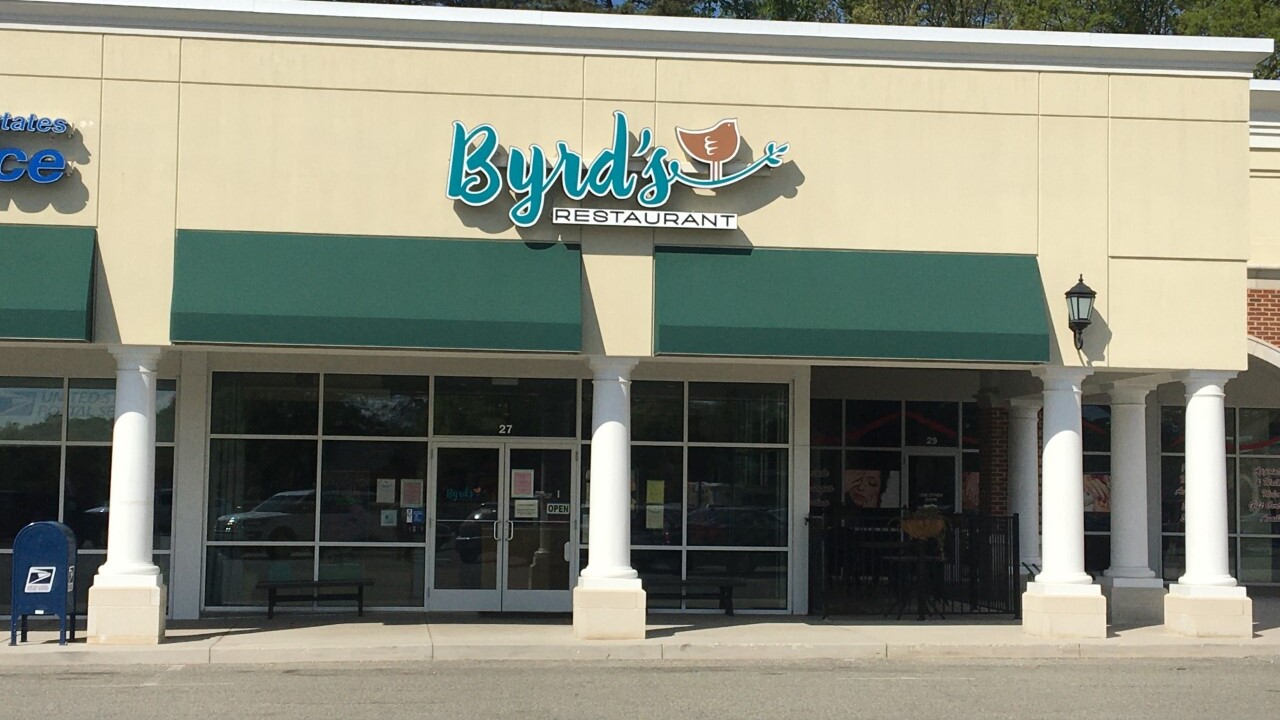 NEWPORT NEWS, Va. - At Byrd's Restaurant in Newport News, owner Jason Snyder prides himself on making everything from scratch.

Just like every other restaurant, the breakfast and brunch spot on Warwick Boulevard next to Christopher Newport University suffered losses during the COVID-19 pandemic.

Snyder told News 3 in April that he was staying positive.

"You gotta keep an upbeat spirit. I'm not trying to close my doors. I'm going to keep them open as long as I can," he said. "Limiting the hours is tough. It's what I have to do but we're going to make it through and be back open hopefully."

At the time, dine-in service wasn't allowed due to pandemic restrictions, but that's since changed and in just the last few weeks Byrd's has been able to expand its hours once again.

It's now back open six days a week and most of the staff that had been laid off returned, Sara Snyder, co-owner and Jason's wife, told News 3.

“Business has been pretty good. I can’t complain," said Jason. "Would we like to have all this stuff over with and not have to deal with? Yeah, but this is what we’re doing and we’re just going to keep rolling with it.”

Even through the other, more personal setbacks the restaurant has suffered in the last couple weeks.

“One of our team members, who we loved, had a medical emergency and passed away. It was very painful for all of us," said Sara Snyder.

There was also a power outage, then a system outage and still, no quitting at Byrd's.

“We are very blessed. At Byrd’s, our team is blessed and we just want, again, our guests that they feel they can communicate with us about how they’re feeling and safety," said Sara.

Byrd's Restaurant is open Tuesday through Sunday from 7 a.m. until 2 p.m.