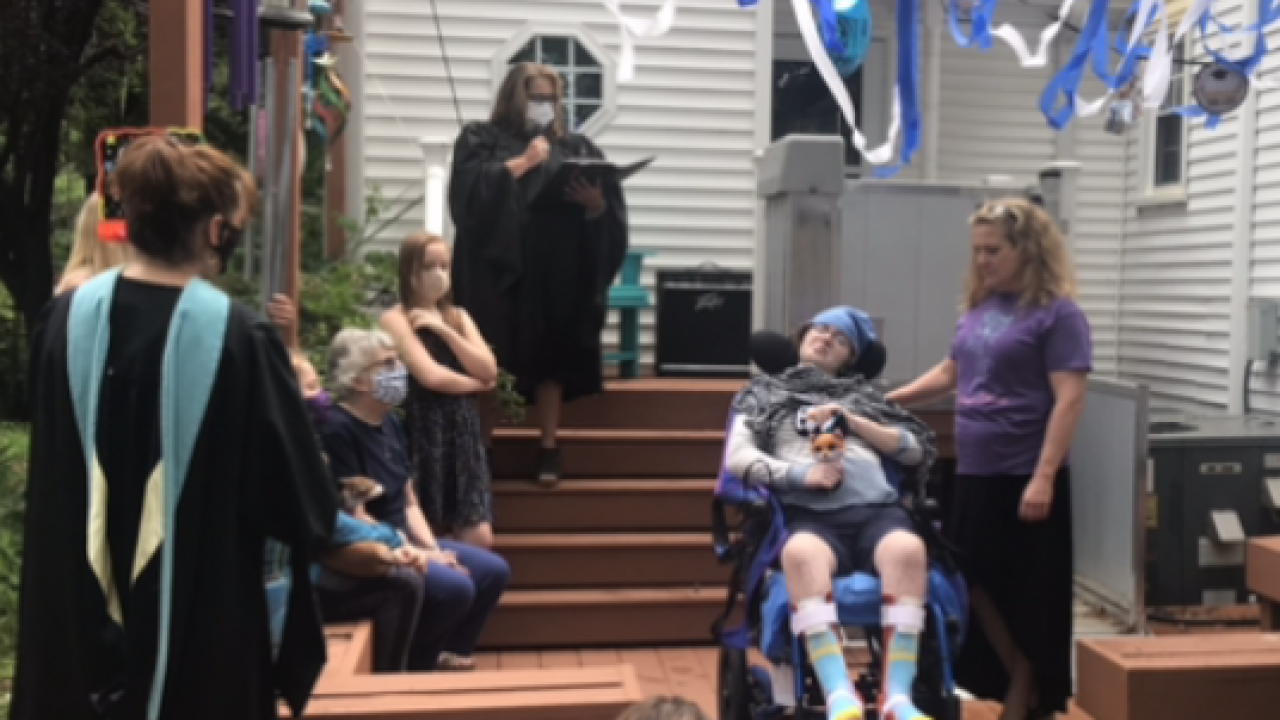 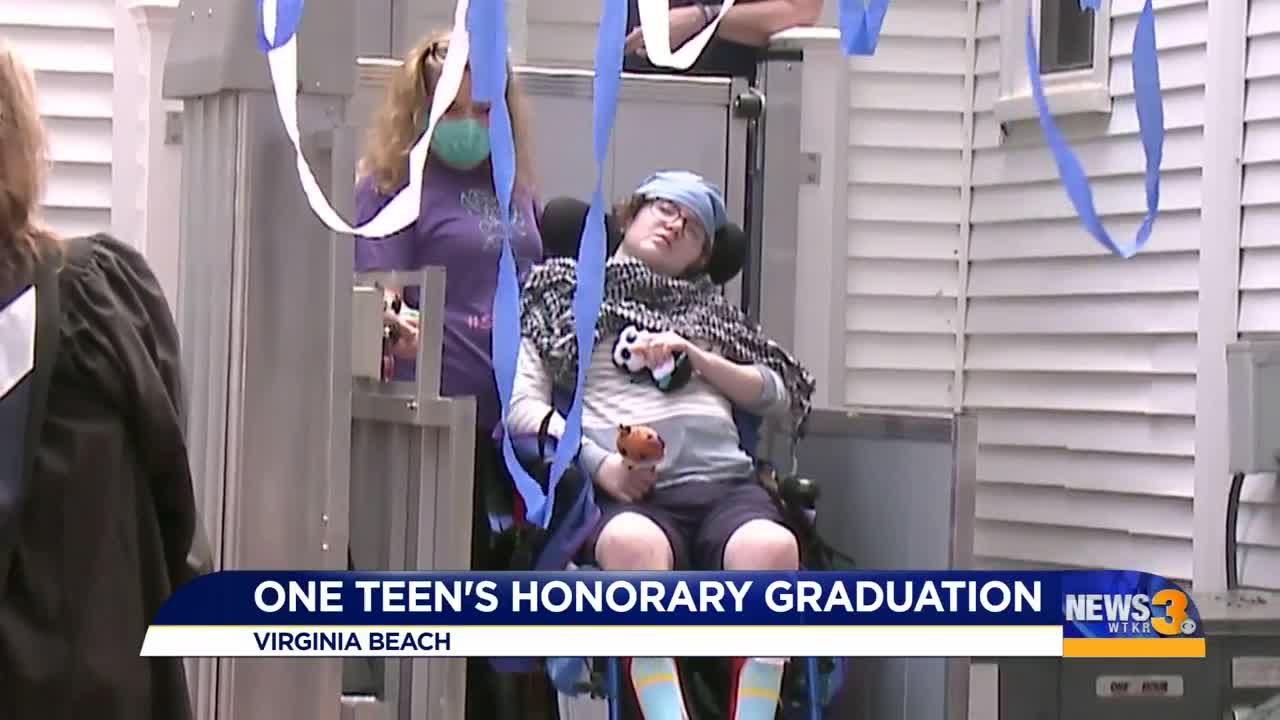 VIRGINIA BEACH, Va. - It’s a miracle she survived a terrible crash, and she was honored by her high school Wednesday morning.

Sedonia Triepel was named an honorary graduate of the class of 2020 from the legal studies program at First Colonial High School in Virginia Beach.

“She deserves that. She was an amazing student. She didn’t do anything halfway. She was all in with everything she ever did, and I thought it was really important that she’s recognized with the class of 2020,” said Angelique Phillips, the Legal Studies Coordinator at First Colonial High School. “I’m really happy that we were able to recognize her because I miss her every day, same as all the kids.”

Phillips knows Triepel personally, and for two years she drove the teen to school because she lives down the street from her.

Wednesday morning surrounded by school administration, friends and relatives, Triepel received her medallion, a cap, certificate and a piece of an oar signed by her crew team.

Triepel was a junior in the legal studies program in high school when she suffered a traumatic brain injury after a car accident on Great Neck Road in Virginia Beach, just feet from her house back in December 2018.

“If anybody said in December 2018 that this is where we would be on her 18th birthday, I wouldn’t have known how to respond. The biggest thing is thank you. We’re overflowing with gratitude,” said Sedonia's mother, Carrie Triepel. “There’s so many times this warrior has shown what she’s made of. It’s amazing. It’s amazing. I really think she’s a miracle.”

She said the entire community has come together to help her daughter in various ways by raising money and providing her family with support.

Sedonia's mother said her condition continues to improve and that she’s been gaining flexibility and movement and weaning off certain medications.

She said being named the honorary graduate has been an honor.

Her goal to have Sedonia walking and talking on her own as the teen has come a long way over the past two years.