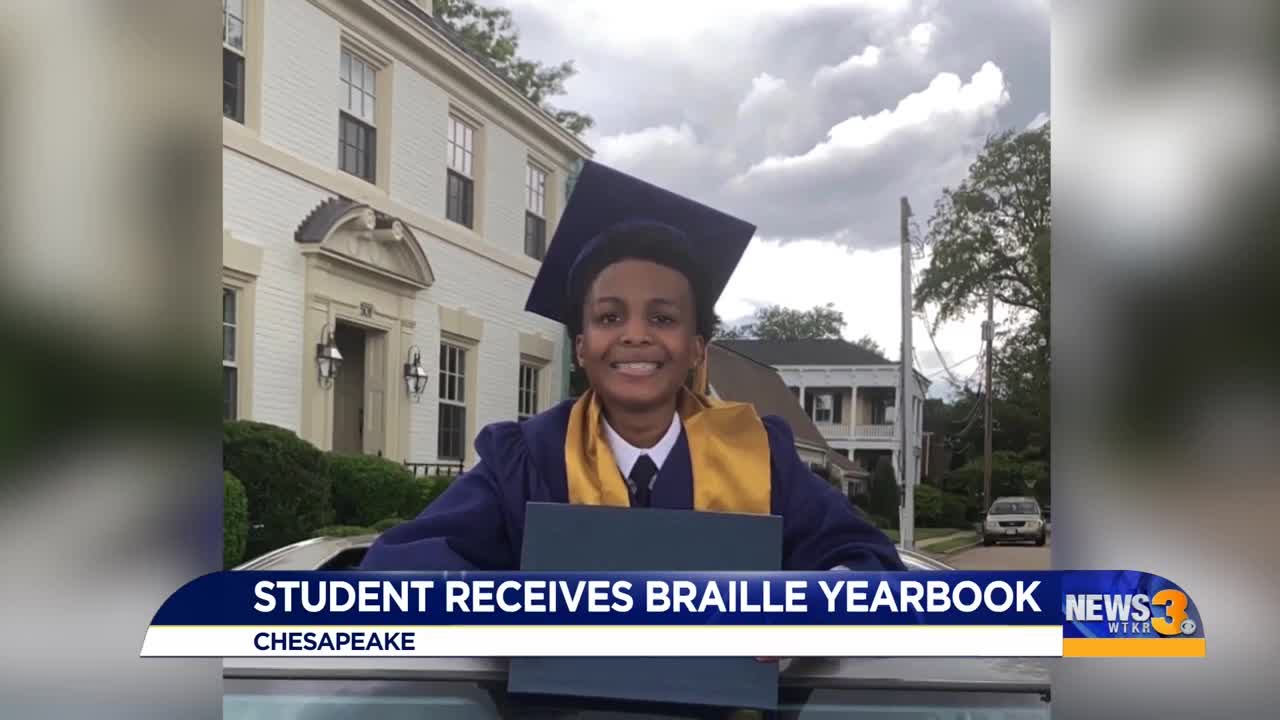 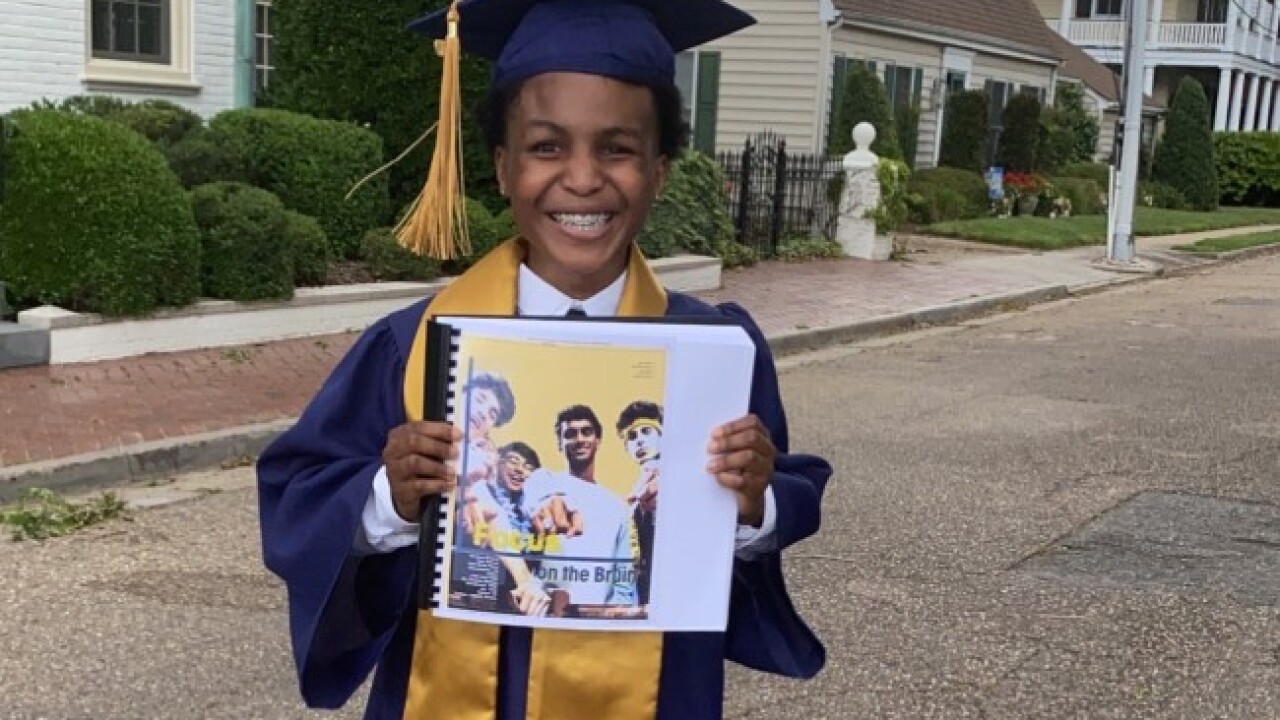 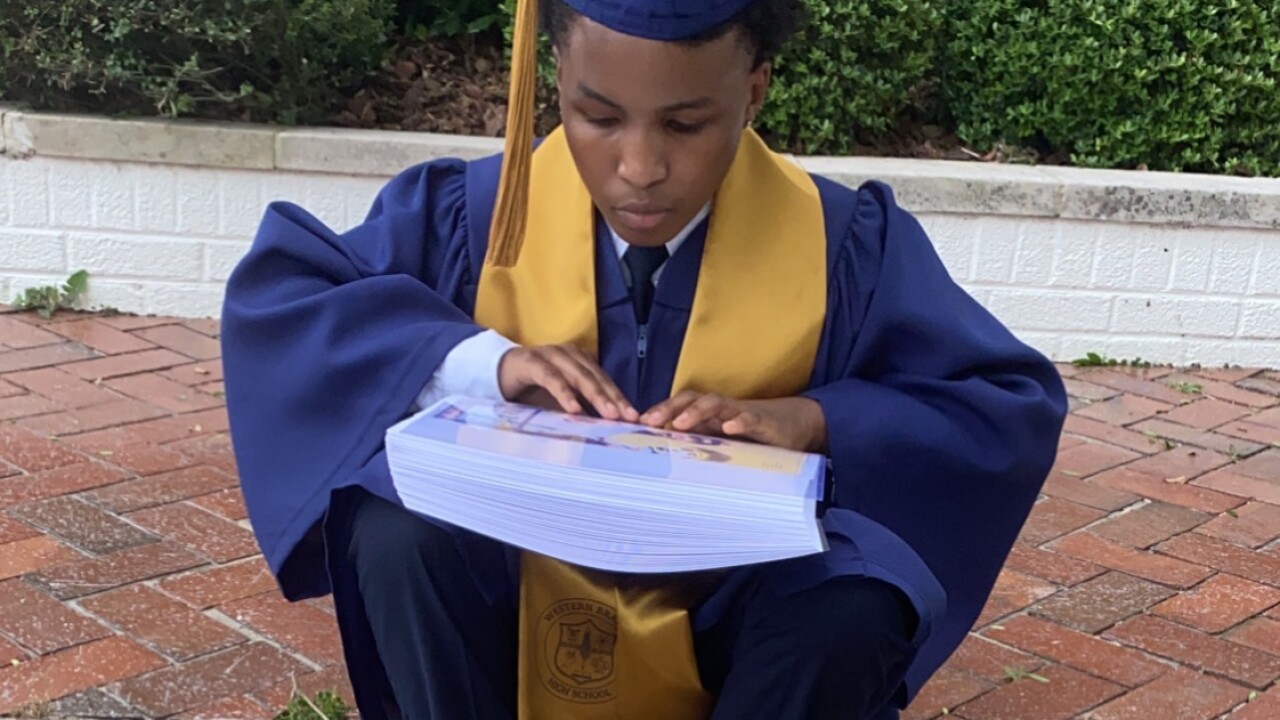 CHESAPEAKE, Va. - With a grin that spans ear to ear, Desmond Walker walks up to the podium at Western Branch High School to receive his diploma.

At first glance, you likely wouldn't be able to tell that he has 100% vision loss.

"He’s overcome so many obstacles, and I know he's going to shine going forward," said Victoria Miranda, teacher of the visually impaired.

Making it to the graduation stage has been a challenging one, but Desmond didn't let the struggles or setbacks get in the way of his future.

"I want to be a teacher for the visually impaired, so I’m just going to study special education," he said.

Before the year ended, the graduating senior had one request: to own a Braille yearbook.

"They said it was going to be really costly, and so I started kind of putting my mind on, 'OK, we’re gonna have to raise money for this,'" said Laura Emerson, the yearbook adviser.

Emerson put a GoFundMe online and ended up raising the full amount, and then some, in just one day. It was an incredible show of community support, but the grand gestures didn't stop there.

"The Braille company came back and said they were going to donate [the yearbook], so we were able to give him all of the money [raised], which is really cool to be able to give him that money for school," Emerson said.

After Desmond received his diploma, he was gifted $1,425 to put towards school.

"He never gave up with everything that he’s gone through. He maintained a positive attitude, [he's] optimistic so he’s a very hard-working young man," his mother said.

Desmond said it's about more than money, but how the school cares for him.

"It means that -- I feel like they care for me, you know? They care about me having my own yearbook for memories, so I get to basically see my friends," he said.

He's already enrolled at Tidewater Community College for the fall semester and then plans to attend a large university.

Sight unseen, he's ready for anything and has this advice for other students who may be visually impaired: "To not give up, to keep trying, to basically pass all your classes and to be an inspiration to others."