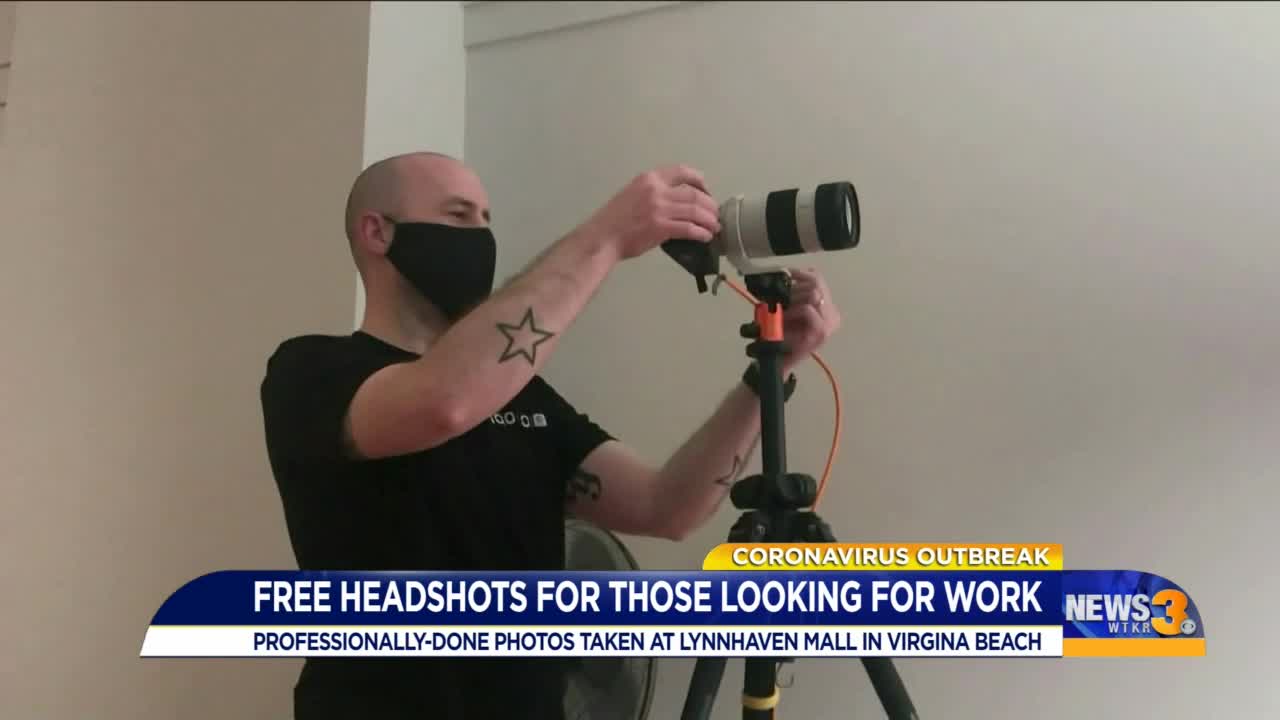 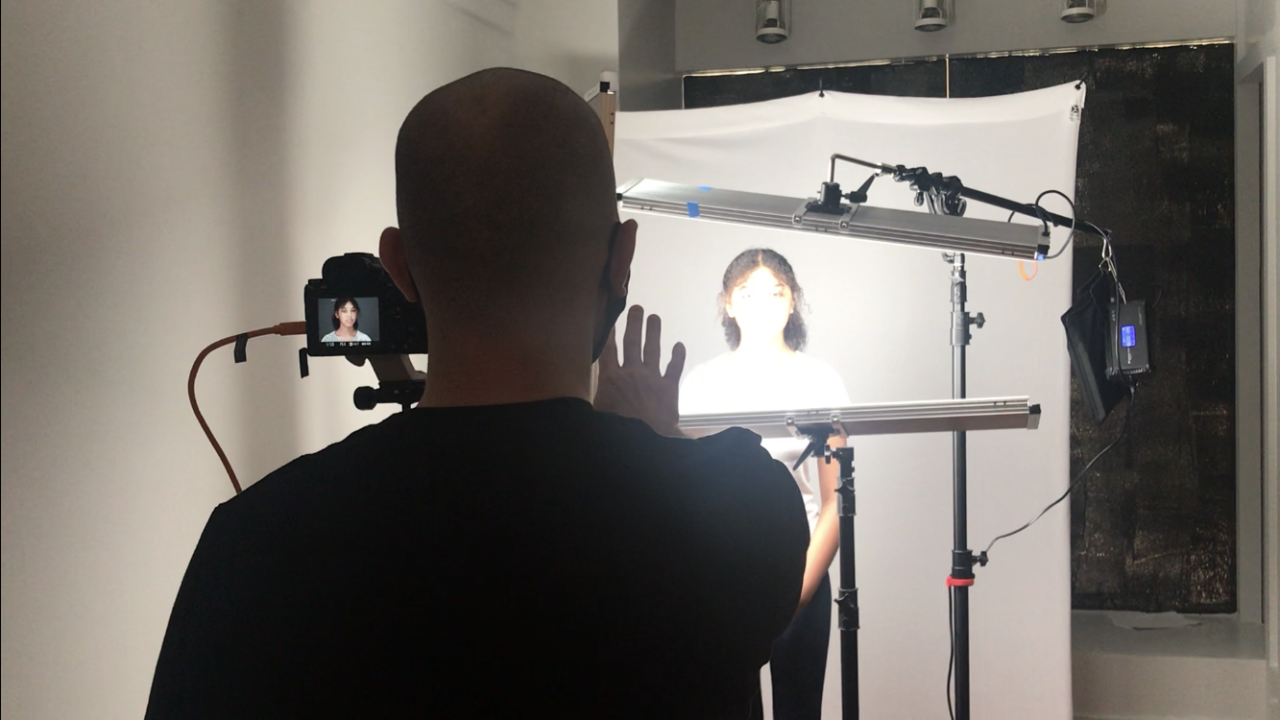 VIRGINIA BEACH, Va. -- Several job-seeking hopefuls arrived Wednesday morning - at an empty storefront inside Lynnhaven Mall with cameras and lights set up -- to have headshot photos of them taken for free.

The cameras were operated by local professional photographers Luis Gomez and Sean Voges.

"I had my 20 ounces of coffee; I’m rocking and rolling right now,” Voges told News 3 after tending to a client. "I was nervous coming into it, and I am so full of energy right now."

The free photographs were part of a nationwide effort called "10,000 Headshots." The purpose of the effort was to help those looking for work and those who were laid off or furloughed get back into the workforce with a professional headshot image that potential employers can see.

Gomez and Voges were among several photographers across the nation taking free headshots. They had roughly 80 sessions scheduled that day.

Voges said he knows first hand what it is like to be furloughed, as he was recently furloughed from his job.

“It was tough for me. It was only two months for me,” he said. “Some of these folks might have been longer than that. There’s a little bit of relation with that and understanding."

For others such as Jira Gardner, she took the opportunity to use a headshot to help get her foot in the door in modeling and acting.

“My mom booked this appointment because I needed a headshot to pursue acting and modeling,” Gardner said. “If you don’t have one, then you can’t do anything really."

She said she hopes children’s network Nickelodeon notices and scoops her up. Potential employers will see her headshot, as would be the same situation with everyone else there.

Voges took several photos of her - one with her face mask on and then without. The same protocol was carried out by both photographers for each client. The pictures were made available instantly, soon after the sessions.

“He’s really funny, made me laugh a lot; he made me feel comfortable,” Gardner said.

For Voges, he said, “At the end of the day, I just hope that they get work. Honestly, that’s why I’m here."