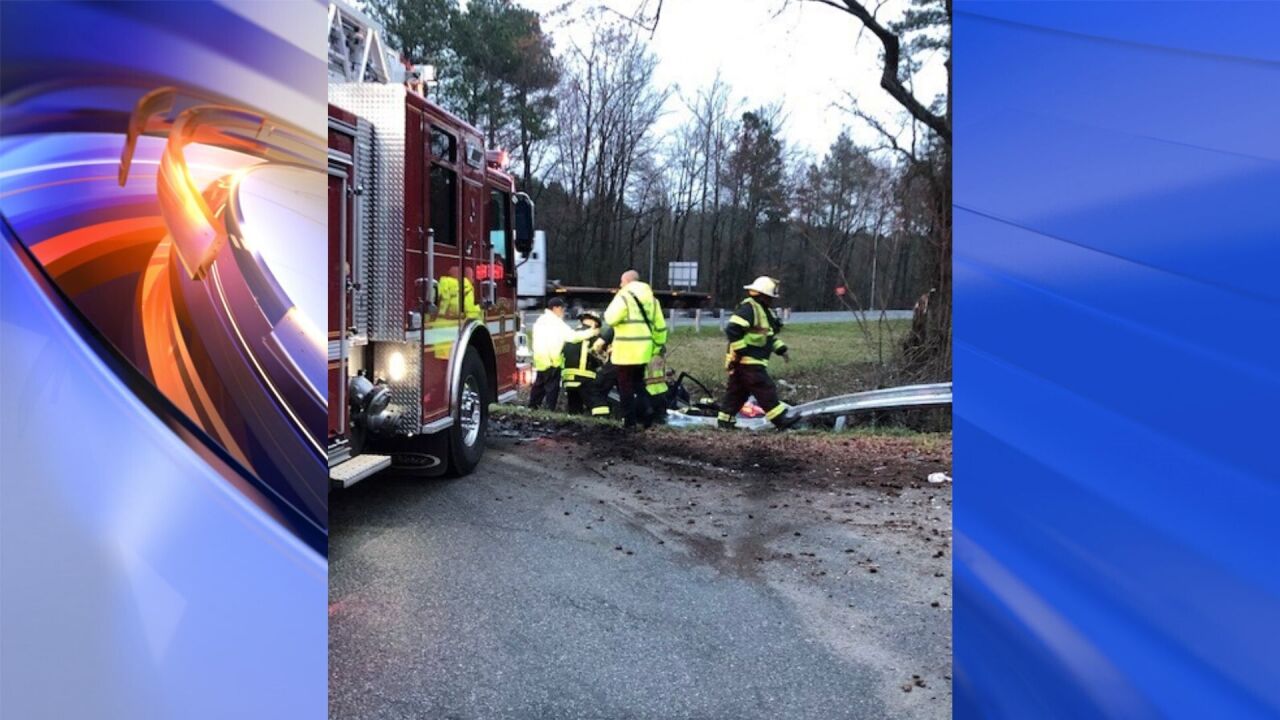 SUFFOLK, Va. - Suffolk Police and Suffolk Fire & Rescue units are currently on the scene of two separate accidents on Route 58 Eastbound at the Landfill.

Official were contacted at 7 a.m. and 7:15 a.m. advising of the accidents. Reports say the first accident involved a passenger vehicle that left the roadway and impacted a guardrail, ultimately landing in a water-filled ditch in the center median.

Two people were in the vehicle and were treated for minor injuries by Suffolk Fire & Rescue personnel. The second accident was a rear-end collision involving two separate vehicles in the same area. No injuries were reported.

One lane of travel is currently open as first responders work to clear the scene and await tow trucks to remove the vehicles.

The cause of the accidents remains under investigation at this time.