US awards 29 Purple Hearts for brain injuries in Iran attack 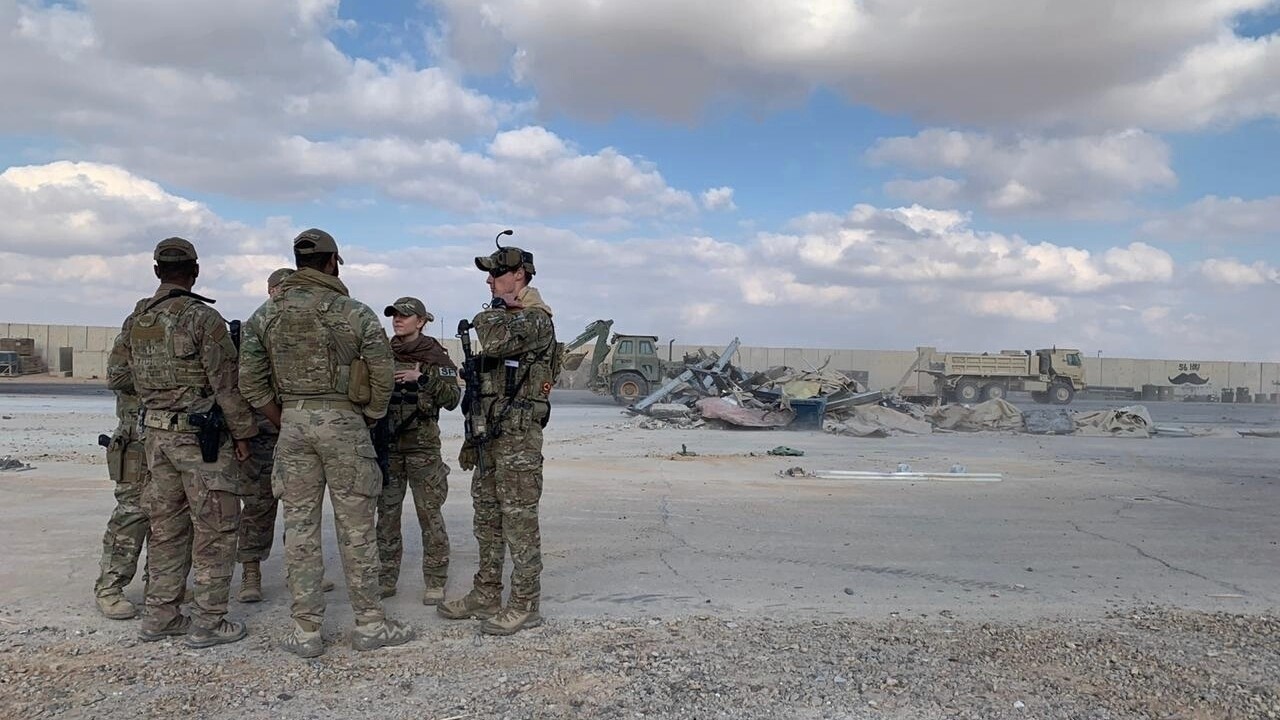 Ali Abdul Hassan/AP
FILE - In this Jan. 13, 2020, photo, U.S. Soldiers stand while bulldozers clear rubble and debris at Ain al-Asad air base in Anbar, Iraq. Six Army soldiers who were injured in a ballistic missile attack in Iraq in January have been awarded Purple Hearts, and 23 others have been approved for the award and will get them later this week, U.S. Central Command said Monday, May 4. (AP Photo/Ali Abdul Hassan, File)

U.S. Central Command says six Army soldiers who were injured in a ballistic missile attack in Iraq on January 8 have been awarded Purple Hearts.

Twenty-three others have been approved for the award and will get them this week. Navy Capt. Bill Urban said Monday that the awards were approved by the top U.S. commander in Iraq following a review.

More than a dozen missiles struck the base in a retaliatory attack by Iran for a U.S. drone strike in Baghdad that killed Tehran’s most powerful general, Qassem Soleimani.

About 110 U.S. service members were diagnosed with traumatic brain injuries after the Iranian ballistic missile. More than a dozen missiles struck the base in an attack that Iran carried out as retaliation for a U.S. drone strike in Baghdad that killed Tehran's most powerful general, Qassem Soleimani, on January 3. Troops at al-Asad were warned of an incoming attack, and most were in bunkers scattered around the base, CBS News reported.

Initially, commanders and President Donald Trump said there were no injuries during the attack. After several days, troops began exhibiting concussion-like symptoms and the military started evacuating some from Iraq. The Pentagon continued to raise the number of U.S. service members injured in the missile strike in the weeks after.

A majority of those injured were eventually able to return to work; others were hospitalized or returned to the U.S. The troops who suffered injuries in the strike were treated in Iraq or at military health centers.

Trump triggered criticism when he dismissed the injuries as “not very serious” and described them as headaches and other things.