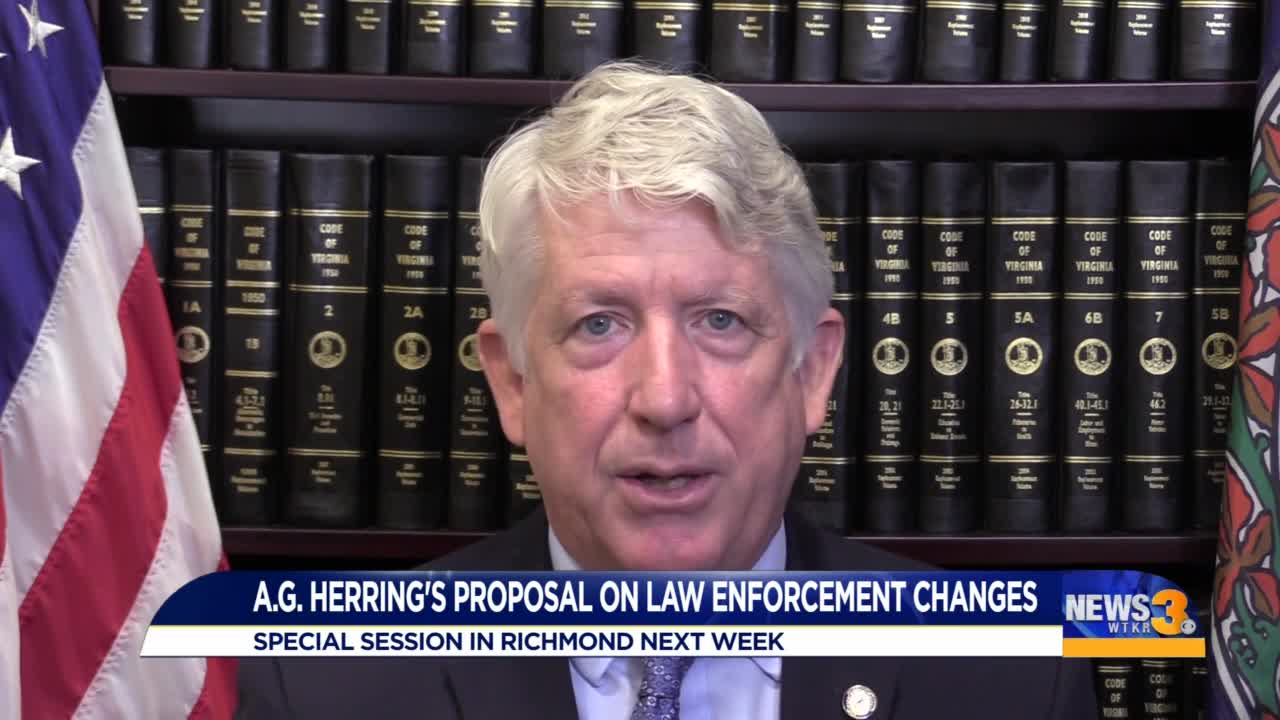 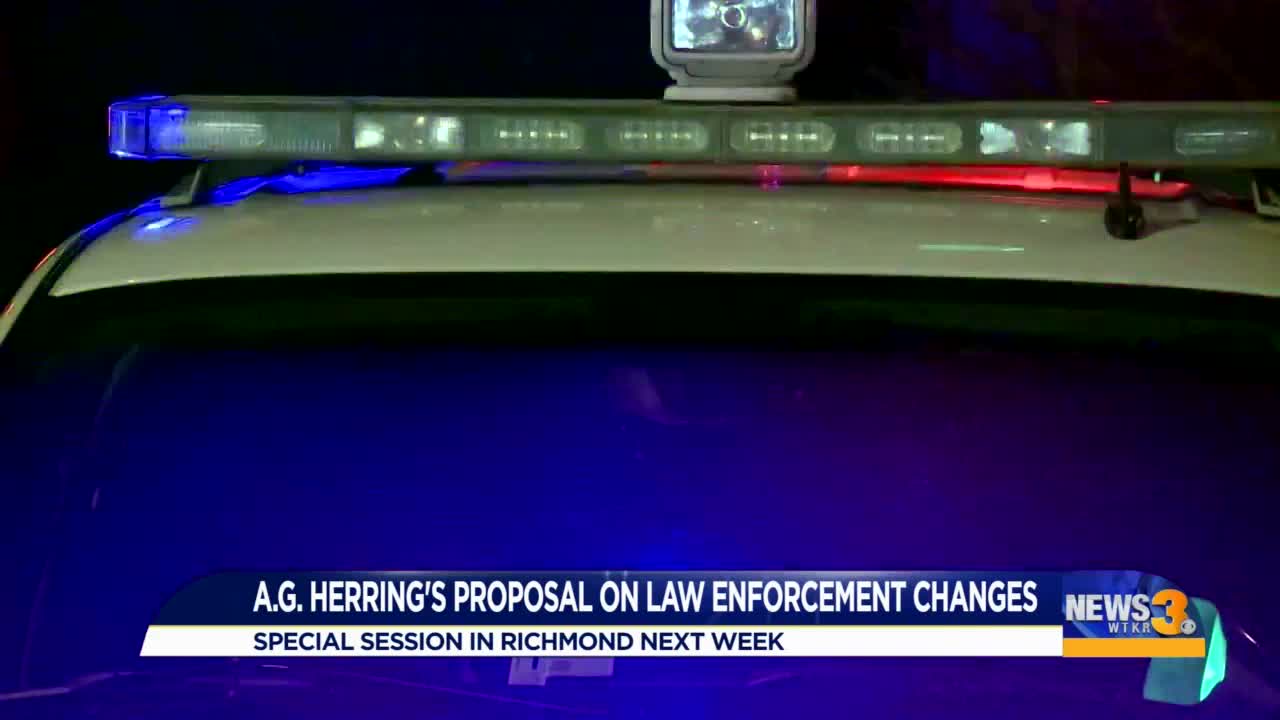 NORFOLK, Va. - Virginia Attorney General Mark Herring laid out law enforcement reform proposals he hopes will be taken up during next week's special session of the General Assembly.

"We're also at a time in our history where we've got an incredible opportunity to really make progress and take concrete steps to ensuring our public safety goals and treating everyone fairly and equally," he told News 3 on Tuesday.

Herring is calling on lawmakers to pass several things. He wants the General Assembly to give his office the power to investigate incidents of use of force and misconduct in departments. He also wants to make it easier to remove bad cops from their jobs by adding misconduct to the criteria for losing their law enforcement officer certification. In addition, he's calling for a database of bad cops.

"If they're not living up to the standards, there needs to be a way to remove them and make sure they're not rehired in another community in Virginia," he said.

Many different proposals are being floated ahead of the August 18 special session. Other lawmakers have called for an end to sovereign immunity.

Brian Luciano, the President of the Virginia Beach Police Benevolent Association Local 34, thinks there's a rush to reform. "I think there's a rush here," he said. "Whenever your intent is to make sweeping cultural changes, I don't think that three or four months is the time frame that you should be looking at."

Del. Jason Miyares (R-Virginia Beach) said he's open to discussing some ideas to help weed out bad cops, but doesn't want the reforms to be too broad. "My biggest concern is we're going to go under the idea of criminal justice reform to try and weed out bad cops and we're going to pass a host of legislation that's going to make us less safe," he said.

Lawmakers will take up several other issues when they return for the special session next week, including the budget.