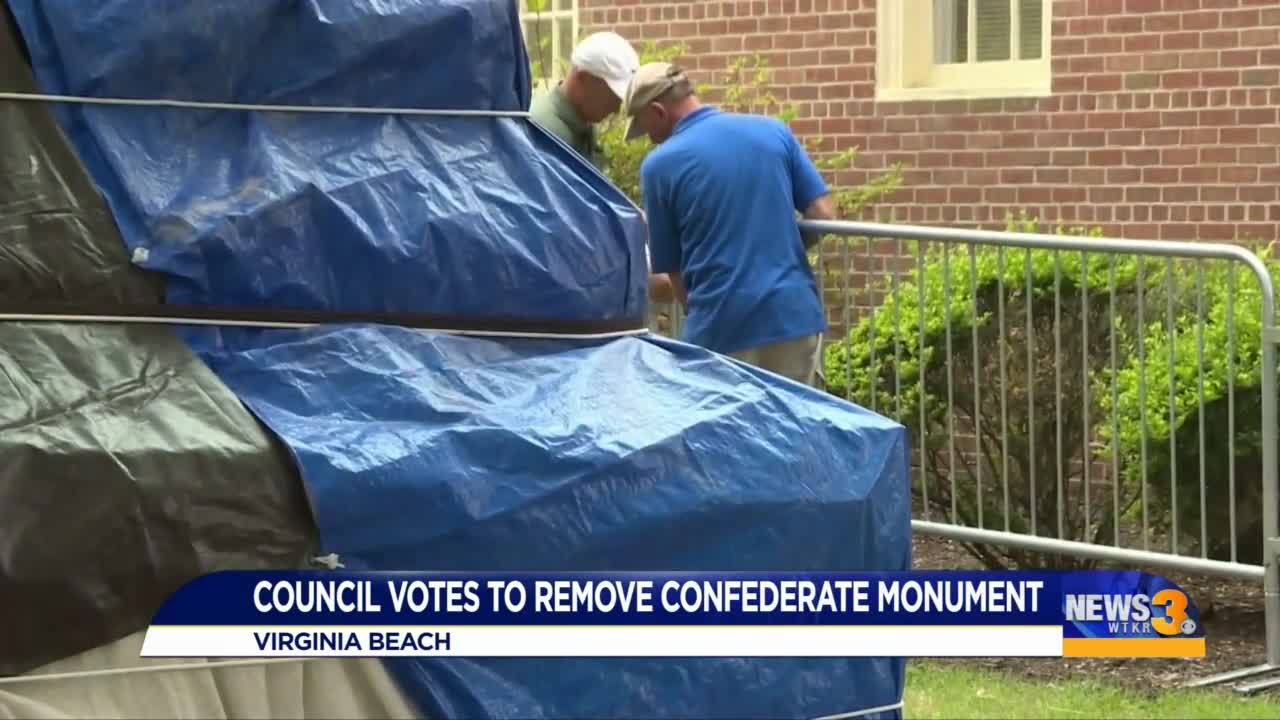 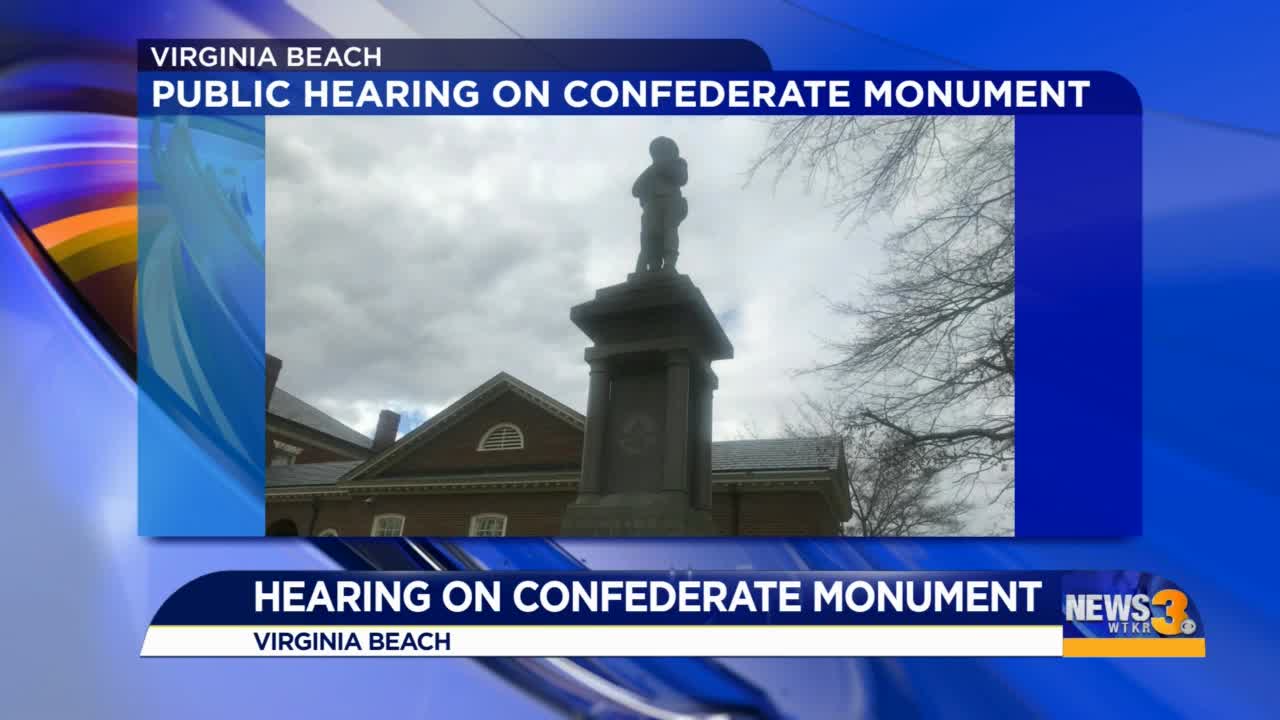 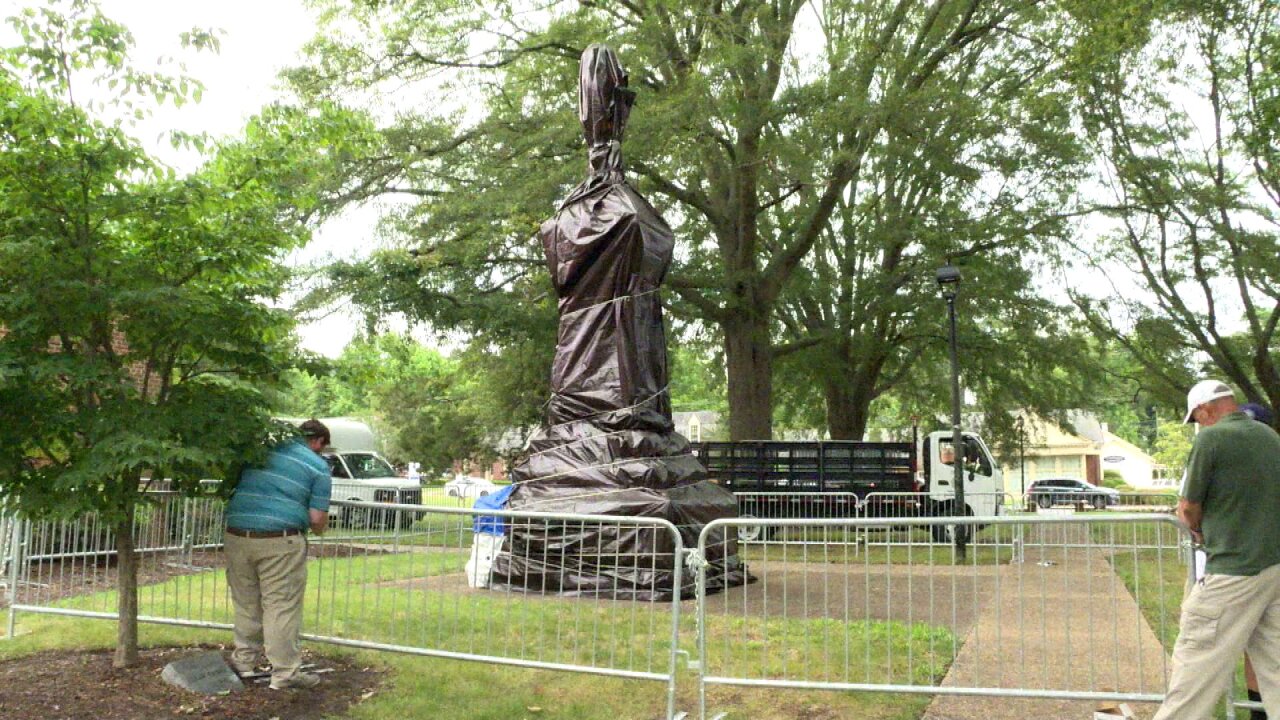 VIRGINIA BEACH, Va. - Members of the Virginia Beach City Council have voted unanimously to remove and store the Confederate monument located near the old courthouse at the Municipal Center campus.

The city's former acting city manager said the Confederate soldier will be removed within the next week and will be stored in a safe location.

Before council's decision they sat through a public hearing at the Virginia Beach Convention Center to listen to both sides.

“It needs to be moved immediately," said Jamal Gun.

Another speaker who is for the removal of the statue says, " It [the statue] reminds us of all the hatred and disrespect people endured.”

City council, which voted 11-0, believes public property is not the place for a monument.

Other speakers at the meeting believe removing the Confederate solider is erasing America's history. Jerome Bell says, "Once you take these statues away and out of sight, people will forget about it."

In the meantime, the council will solicit proposals from museums and other organizations on the relocation of the monument. The city is is legally required to consider offers from other interested parties.

JUST IN | Council votes unanimously to remove and store the confederate monument near the old courthouse. In the meantime council will solicit proposals from museums and other organizations on the relocation of the monument. @WTKR3 https://t.co/iDV1vaChs5

The monument is currently covered and surrounded by fencing to preserve the property as well as prevent harm and injury to residents.