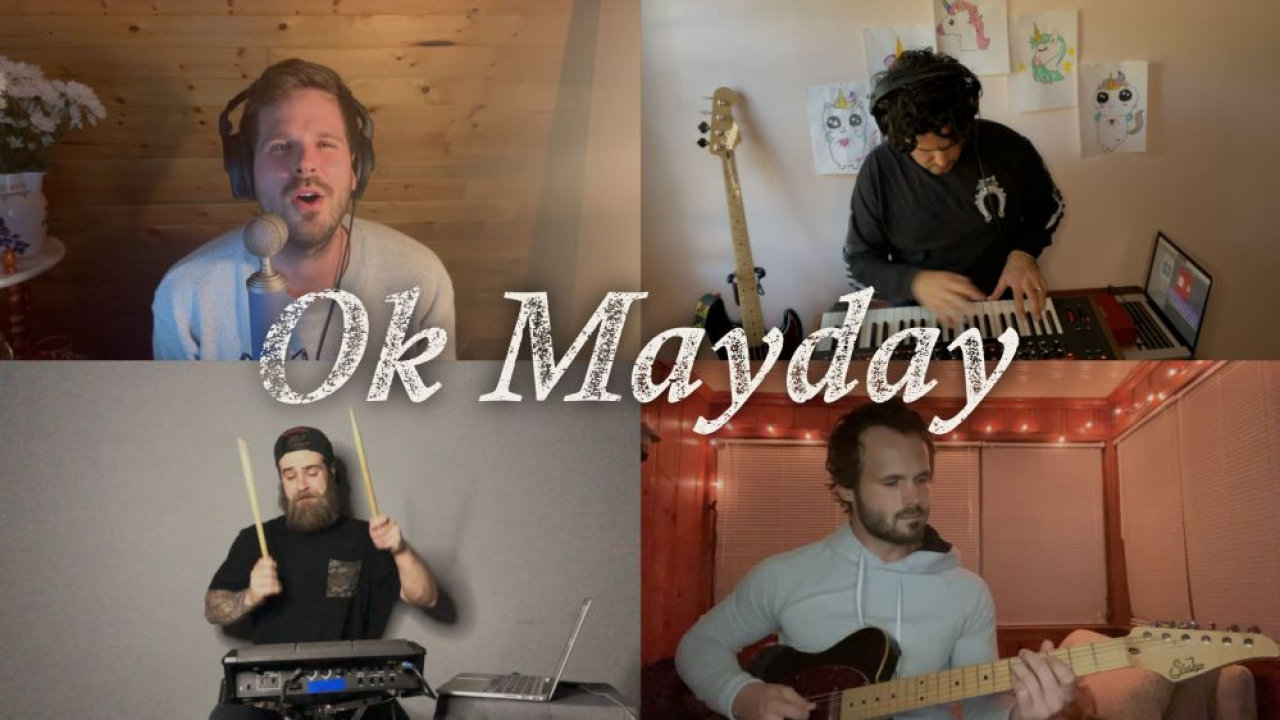 "In March, I went to New Orleans and decided to scout some locations for our new music video 'Blossoms', and while we were there the world flipped upside down," said Kelly Bollmann, the band's guitar player.

So he headed home and met with his brother David and their other two bandmates, where they discussed what to do next, as the song was about a fourth of the way complete.

"The idea behind the lyrics is a couple going through something that is difficult," said singer David Bollmann. "The chorus says, 'You still love me like I love you?'"

The bass player's wife noticed that the lyrics suddenly took on a whole new meaning with the pandemic spreading across the globe.

Stuck at home in Virginia Beach, the band quickly got to work, asking friends and families from across the world to send them little snapshots of their life in the new normal.

They received videos of families praying together, nurses on the front lines, chefs feeding the masses, dancers practicing in their living rooms, curbside parties and so much more.

"There were a lot of times we were sitting there editing it together, thinking of how sobering and really beautiful it was," said David Bollmann.

"We saw humanity in its rawest form," said Kelly Bollmann.

Two months later they had the finished product: a song that set out to portray a love story, but bloomed into something so much larger.

"We are all in our separate homes and isolated," David Bollmann said. "Let's remember we are in this together, we are here for each other."

The brothers and the two other bandmates said they hope the song brings people together and highlights all of humanity.

"We hope it brings joy and a sense of happiness." Kelly Bollmann said. "Even if it is just listening for five minutes, we hope it makes people feel better."