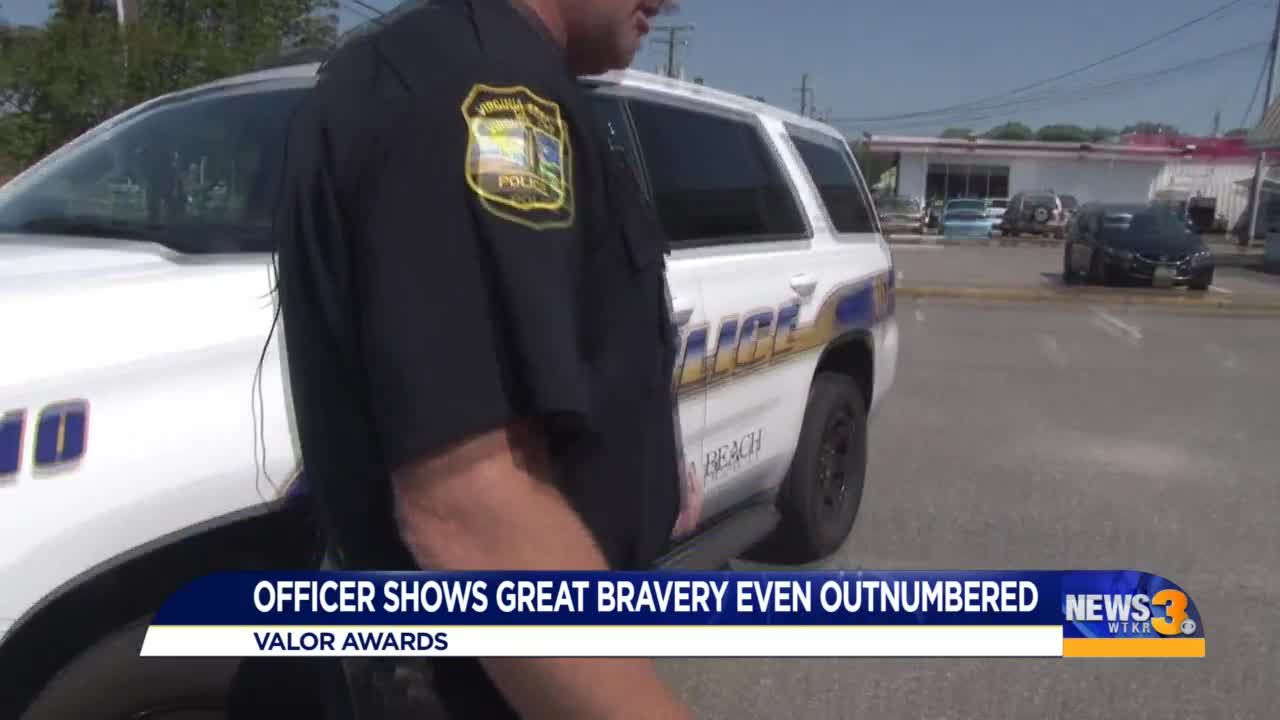 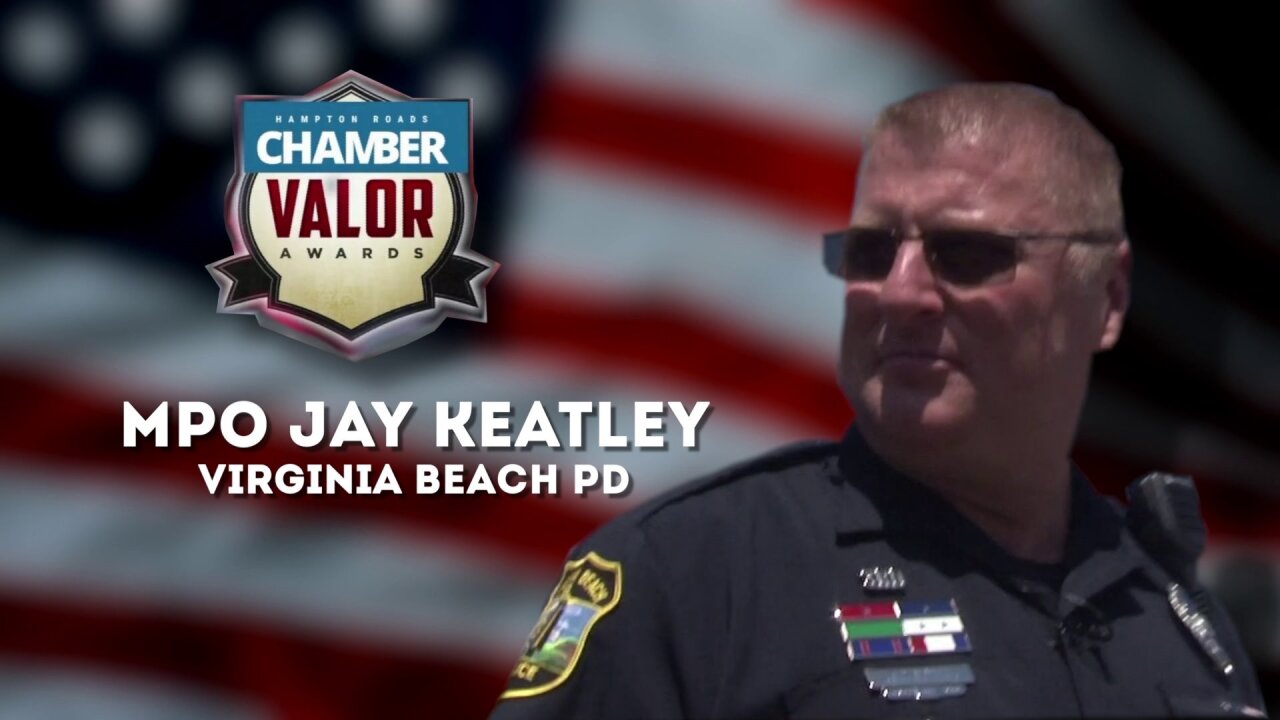 VIRGINIA BEACH, Va. - News 3 is honored to be the media sponsor for the 2020 Valor Awards.

On August 5, 2019, Virginia Beach Master Police Officer Jay Keatley put himself in grave danger of serious bodily injury or death when he captured a group of armed teens fleeing a burglary near Bayside High School.

“A day shift actually took it. That’s at the end of the day shift, so I ended up going over there to help him so he could clear up and go home. The victim’s son actually had a picture because he was friends with them. We had a photograph of this guy. I was headed back to the precinct to finish up the paperwork, and I came back out onto Haygood Road and a couple blocks up is where I first saw the suspect. Right here on the sidewalk. I went past him and tried not to look at him, because I didn’t want him to be suspicious what was going on. Went a little further did a U-turn. When I did the U-turn, I was still watching him in the rearview mirror, and I doubled back and they started walking quicker and quicker. Right in between these two bushes is where I stopped him. The suspect actually turned around and immediately stiffened up on me. I went ahead and grabbed his arm. As soon as I did, he started to kind of turn on me, and that’s when I grabbed his left arm and I got him in a wristlock. I brought him back towards the police car. As soon as I did, I could see him moving for something around his right pocket. He’s pulling a gun out. A Glock 9 mm coming out of his pants. He started giving it to the second suspect. As soon as he got control of the gun, he started to raise it. That’s when I was able to bend the suspect up against the car and was able to draw my own weapon and pointed at the second suspect. I told him to drop the gun. The gun ended up falling to the ground. As soon as I put him on the ground, the second suspect starts to get up like he’s trying to run off. So, I took the heel of my hand and pushed him back to the ground, and asked for a code 2 assistance at that point. I don’t think you even look at it as being a dangerous situation until later on, when you have the time to put it through your thought processes. That’s when it’s kind of a little bit scary. It worked out well. It was just one of these cases. It could’ve gone sideways on this but it didn’t. “

Join us on wtkr.com for a live broadcast of the Valor Awards on Monday August 10 at 12:45 p.m.