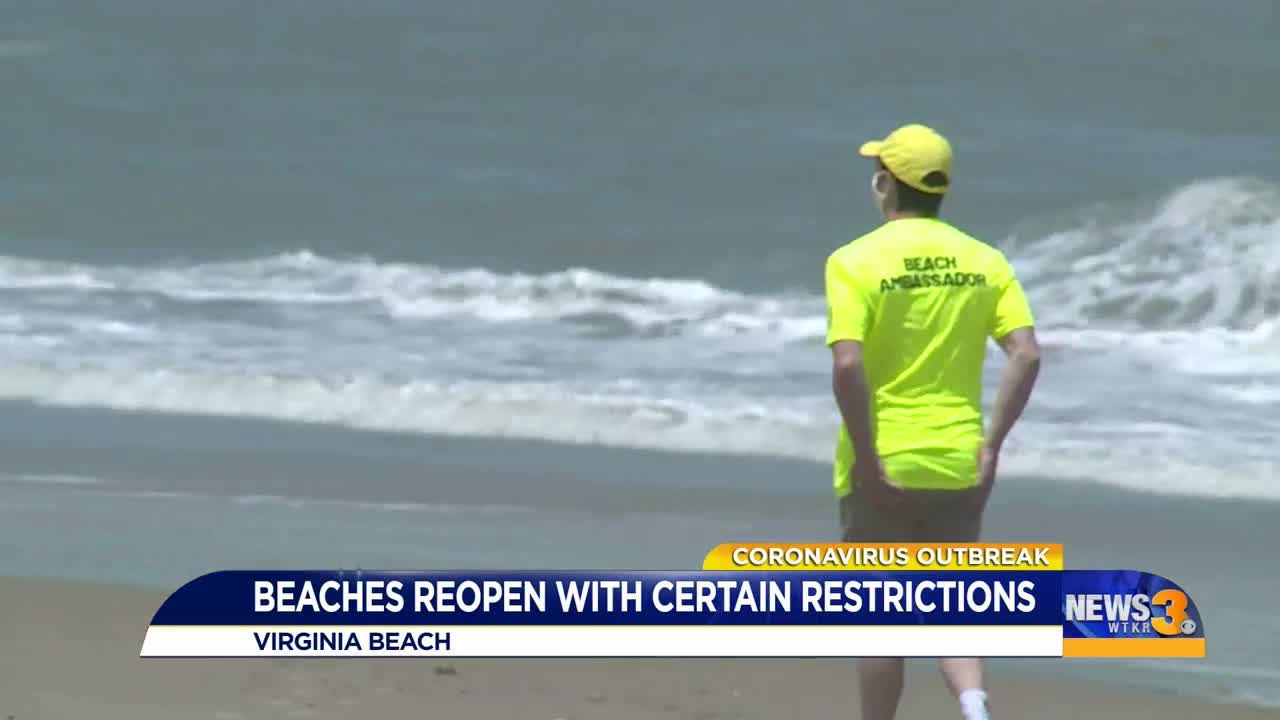 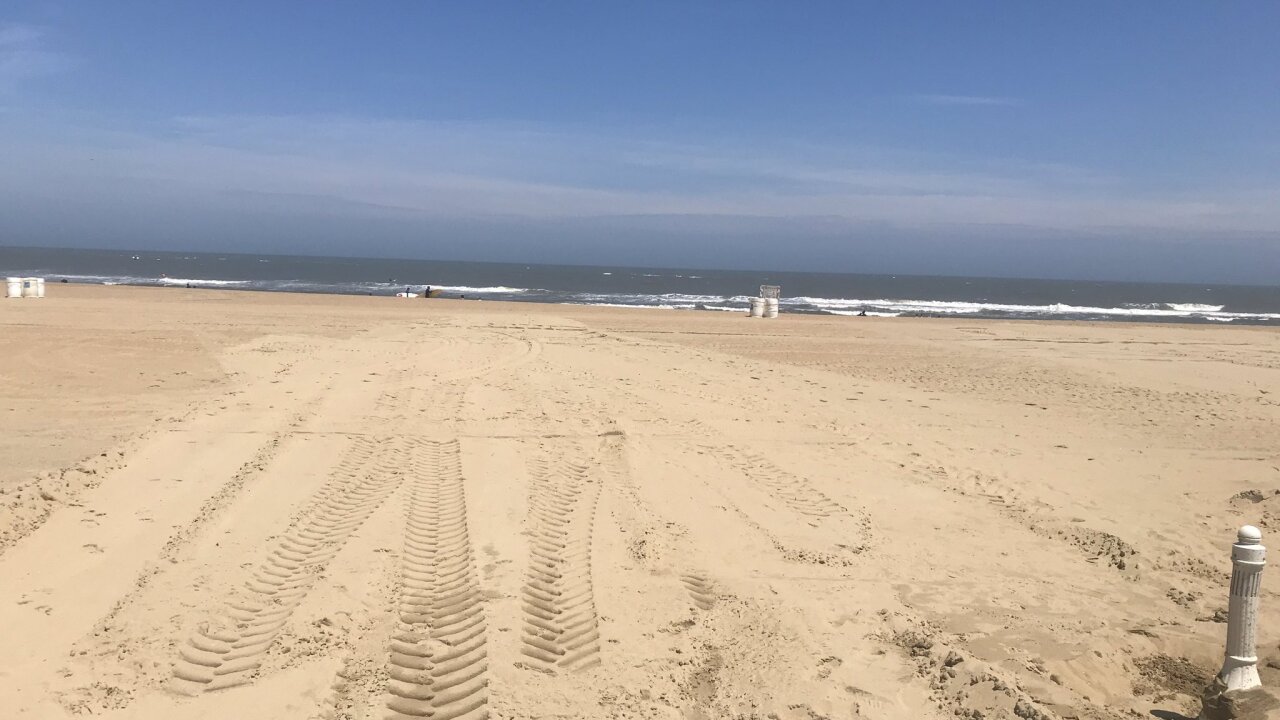 VIRGINIA BEACH, Va. - Beaches reopened in the city Friday, but morning storms and a cool breeze appeared to keep crowds away as of the early afternoon.

Kelly White made the trip from West Virginia and was among the few sitting on the beach near 5th Street at about 2 p.m. Friday.

"I think it's a good thing for the community," she said of the beach reopening to sunbathing.

City leaders know their plan to reopening will get a lot of scrutiny over the Memorial Day weekend.

"We are certainly aware of the high bar that we have established for ourselves to do this job," said Deputy City Manager Rob Williams.

The city spent weeks coming up with a plan with Governor Ralph Northam to safely reopen. Groups of more than 10 aren't permitted, and groups are required to separate by at least six feet.

Other beach regulations include:

"It's in our hands to stop the spread of COVID-19 and be sure that we are going to do this in a safe way for everyone concerned," said Mayor Bobby Dyer.

Ambassadors will be out seven days a week from 10 a.m. to 7:30 p.m. to help educate people on the rules. Law enforcement could become involved if they aren't followed.

"We point out these guidelines and reinforce those to people and educate them about that," said Mike Hilton, the Ambassador Program Co-Director, adding ambassadors won't be asking people questions about who's in their group upon arrival. Instead, they'll be explaining the rules.

In addition, surface parking and parking garage capacity will be limited to 50%. Surveillance drones will help monitor how many people are on the beach, with limits of 1,600 people per block.

The city does have the power to close the beach at certain blocks or the entire beach if population gets too dense, said Williams.

Businesses are hopeful beaches reopening will give them a boost. The Virginia Beach Hotel Association is hoping for 50% capacity over the weekend, which is well below a normal Memorial Day when hotels usually sell out.

The ambassadors are expected to remain at beaches through Labor Day, according to Williams.

"We understand there are high stakes and that there are a lot of eyes on this," Williams said.