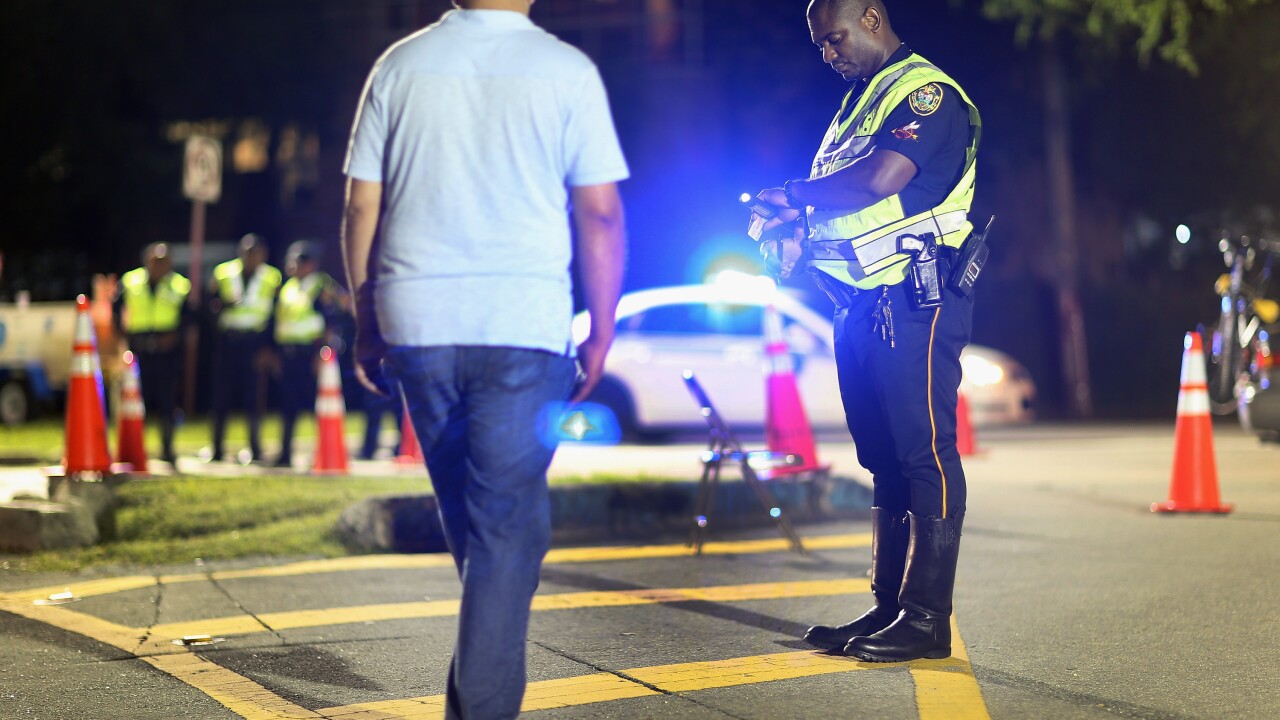 MIAMI, FL – MAY 23: City of North Miami Beach police officer Duhamel Jeanite conducts a field sobriety test during a DUI checkpoint on May 23, 2013 in Miami, Florida. The National Transportation Safety Board recently recommended that states lower the legal limit of blood alcohol content that indicates drunken driving – currently 0.08 nationwide – to 0.05. States determine the limit, but the federal government can pressure states to meet its standard. (Photo by Joe Raedle/Getty Images)

Virginia will have increased enforcement, modified for COVID-19 concerns, from August 26 through Labor Day weekend, and resume periodically around key holidays like Halloween, Thanksgiving, and New Year’s Eve.

“This has been a challenging year, and now more than ever, we are all focused on keeping our loved ones safe,” said Governor Northam. “I am asking Virginians to apply the same collective action and shared responsibility that we have harnessed to stop the spread of COVID-19 to reverse the trends of drunk driving. The work of Checkpoint Strikeforce is a critical part of our efforts to reduce the number of fatalities on Virginia’s roads, and the message is simple: if you are old enough to drink, act like it—never get behind the wheel after you have been drinking.”

In 2019, nearly one-third of traffic fatalities in Virginia were due to alcohol-related crashes, and 18,648 people were convicted of DUIs.

Operation CARE is a nationwide, state-sponsored traffic safety program that aims to reduce traffic crashes, fatalities, and injuries caused by impaired driving, speeding, and failing to use occupant restraints. Virginia State Police will participate in this program starting at midnight on September 4 through midnight on September 7.

“Last year, 264 Virginians died on our roadways in alcohol-impaired traffic crashes—but even one death is too many,” said President and CEO of the Washington Regional Alcohol Program Kurt Erickson. “This year, increased patrols will be complemented by an innovative ad campaign that reflects the changes to socializing in 2020 due to the COVID-19 pandemic and reminds Virginians that drinking and driving is not only irresponsible, it can be deadly.”