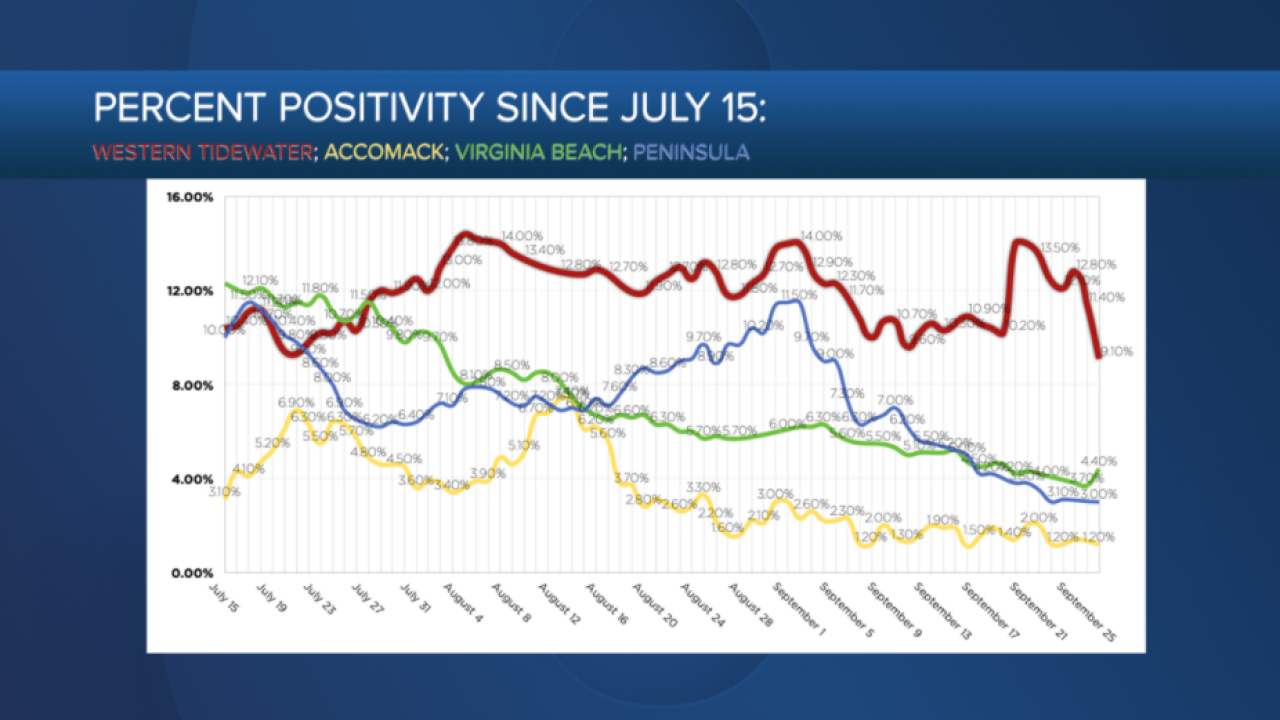 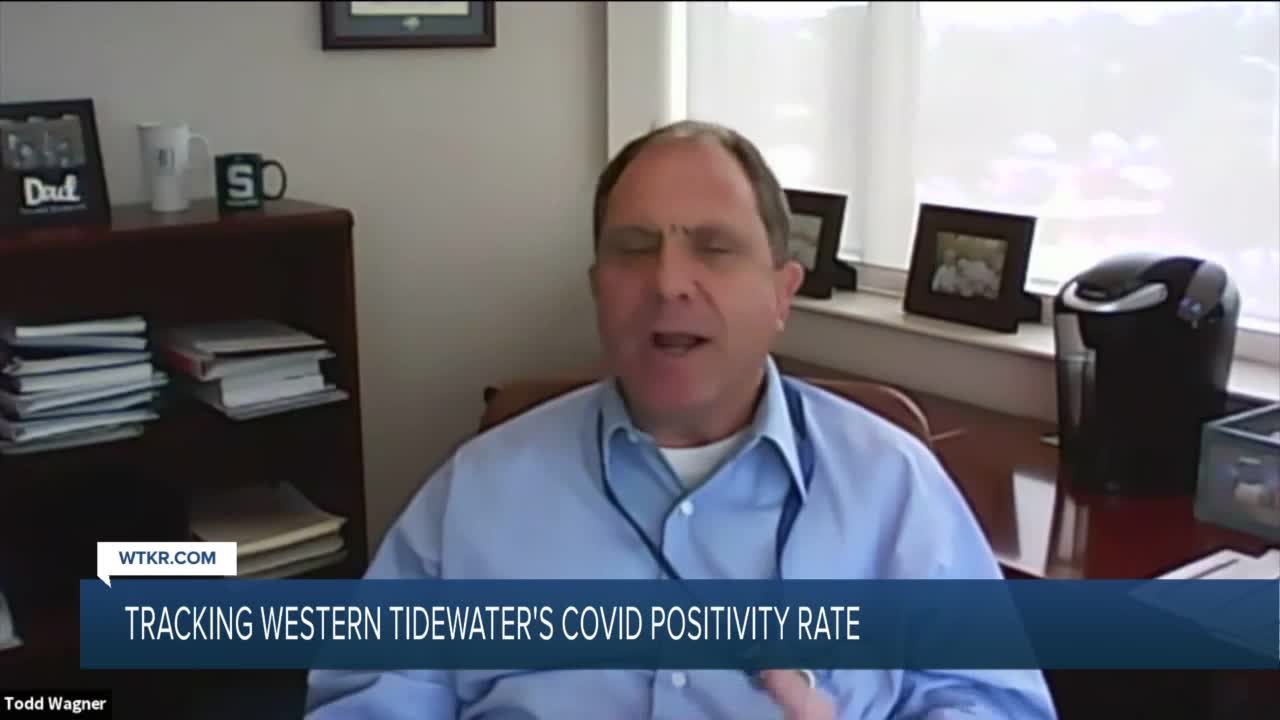 HAMPTON ROADS, Va. - Many areas in Hampton Roads have seen positive COVID-19 case numbers drop; however, they are not going down in the Western Tidewater region, according to the Virginia Health Department.

News 3 spoke to the director of the health department, Dr. Todd Wagner, about the issues.

The Western Tidewater region is made up of Suffolk, Isle of Wight, Franklin and Southampton.

The numbers have gone down in Virginia Beach, on the Peninsula and on the Eastern Shore.

Dr. Wagner said Western Tidewater has seen a steady level, not an upsurge, but their numbers do not seem to be coming down as quickly as other regions.

He said a common theme among many of the positive cases in his region involve gatherings. The health department will interview people when they test positive for COVID-19.

Dr. Wagner said they are continually hearing people who test positive say they attended some kind of BBQ or backyard gathering.

He speculates that in the rural areas, there are fewer places for people to go and thinks many people are getting together with more people than they should.

He said people are gathering with extended family or friends of friends. He said many people wear their masks in stores, keep a six-foot distance in public and wash their hands, but he thinks they let their guard down in personal gatherings.

He said constant testing at the Deerfield Correctional Facility and the Western Tidewater Regional Jail in his region is also contributing to the higher numbers.

He said there are holding testing events, reaching out on social media and are trying to continue to get the word out about safety.

“We're all human. We want to get back to those parts of our lives, but it's just challenging to do right now,” said Dr. Wagner.