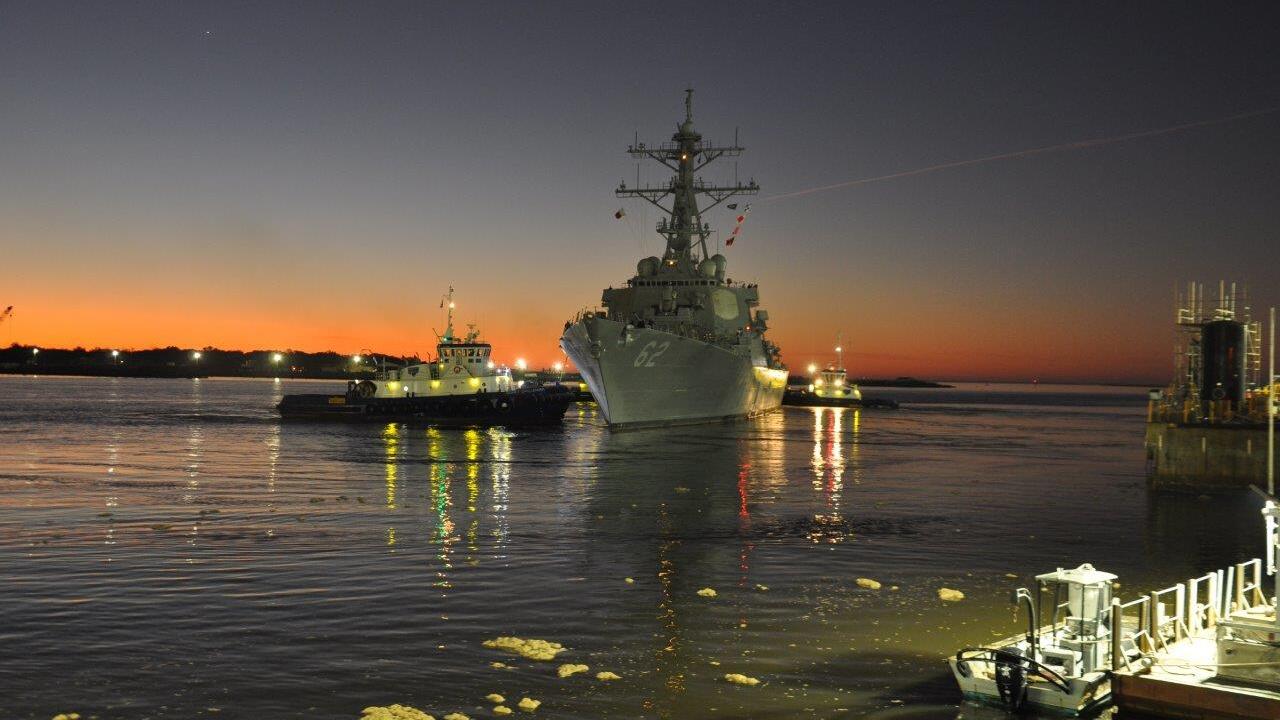 U.S. Navy
200203-N-NK791-002 PASCAGOULA, Miss. (Feb. 3, 2020) The guided-missile destroyer USS Fitzgerald (DDG 62) departs Huntington Ingalls Industries  Ingalls Shipbuildings Pascagoula shipyard to conduct comprehensive at-sea testing, marking a significant step in her return to warfighting readiness. The underway reflects nearly two years worth of effort in restoring and modernizing one of the Navys most capable warships after it was damaged during a collision in 2017 that claimed the lives of seven Sailors. (U.S. Navy photo/Released)

NORFOLK, Va. - Years after a deadly collision, the USS Fitzgerald has returned to sea for testing, bringing it one step closer to rejoining the warfighting fleet.

The USS Fitzgerald (DDG 62) collided with the ACX Crystal off the coast of Japan on June 17, 2017. Seven Sailors were killed in the collision, including Petty Officer 1st Class Gary Rehm Jr. who lived in Hampton.

"We are excited to take the next step to get Fitzgerald back out to sea where the ship belongs. My crew is looking forward to moving onboard the ship and continuing our training to ensure we are ready to return to the fleet," said Commander Scott Wilbur, Fitzgerald's commanding officer, in a Navy statement.

The Fitzgerald will return to the shipyard following testing to finish final certifications and training before an expected return to the fleet later this year.