Norfolk man turns his life around to help at-risk youth through K.I.N.D. 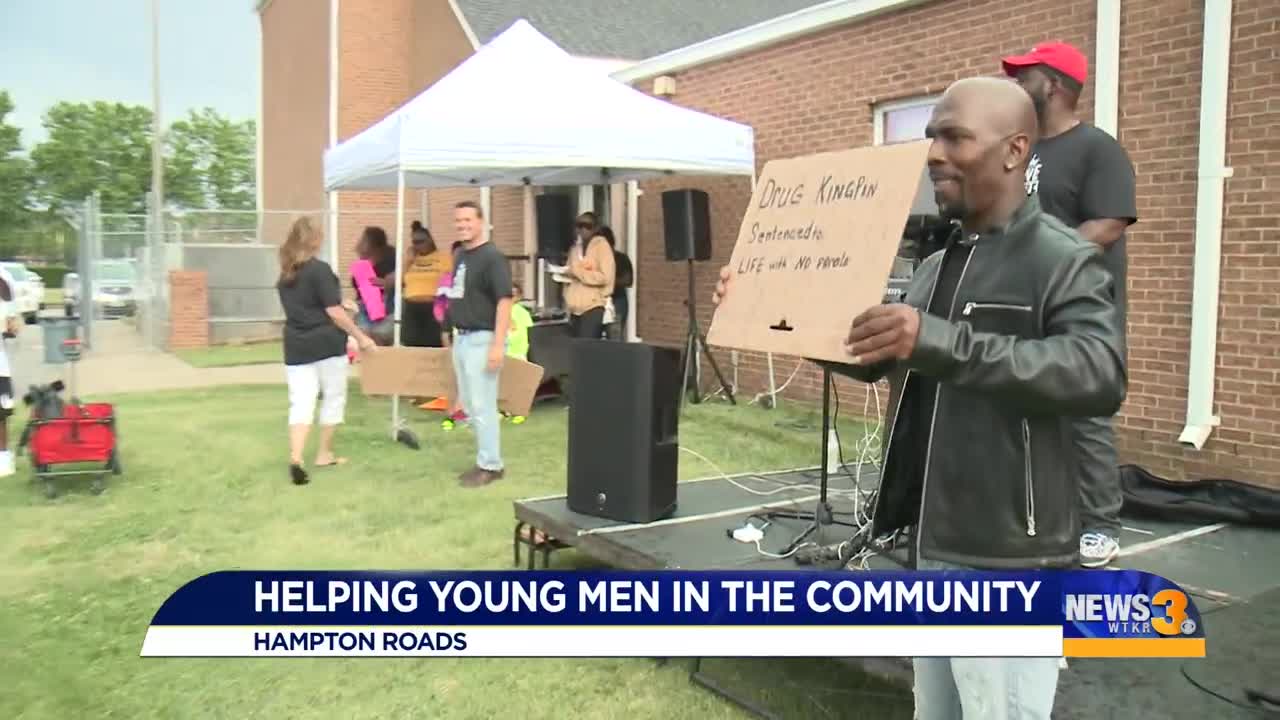 One sign read, “Broken” on one side and “Jesus made me whole” on the other. Perhaps the life that changed the most was Stacey Robinson’s. The 50-year-old held a sign that read, “Drug kingpin, sentenced to life with no parole.”

“With prison, I had a second chance,” Robinson said. “With death it’s final. When you’re shooting guns, it’s final. Ain’t no coming back from it.”

Growing up, Robinson said gun violence was all around him. His father was shot and killed when he was four-months-old.

As a teen, Robinson began selling drugs for money, which landed him in federal prison for 24 ½ years.

As for his two sons, his 28-year-old son is currently serving time for gun violence. Robinson’s other son’s life was taken by guns at the age of 22.

“He got killed in the streets of Norfolk,” said Robinson. “I promised myself I was going to try to reach back and save some guy’s sons that maybe they can’t get to.”

Walking free only a few years ago, Robinson never forgot that promise. He returned to the Norfolk neighborhood he came from to help young men break the cycle of violence.

Sunday’s event kicked off the nonprofit he founded, K.I.N.D.

“It’s all about the kids,” said Tony Harold, a friend of Robinson’s. “If we don’t show the kids no purpose, no guidance, they’re lost. They don’t have any chance in life. They got so much peer pressure on them and it’s hard.”

K.I.N.D. stands for Kings in Need of Development. Its goal is to connect teenage men with mentors, set them up with opportunities, train them for trades jobs and give them an alternative to gang violence, or a life behind bars.

“No jail; no jail in my future,” said 15-year-old Traivon Simmons. “I want to go down the good path, not the bad one.”

Robinson is partnering with local churches so he can eventually provide homes for at-risk youth.

Christian Embassy church in Chesapeake is one of the partners.

“We just want to partner with him and do whatever we can to come alongside him to help save these kids’ lives,” said Jeff Guill, a leader with the church.

Robinson said it was God who saved him. The other side of his sign read, “Jesus set me free.” He’s now making a new name for himself.

“What I want my legacy to be, it’s not that of a drug dealer, but one of a guy that came back and tried to provide hope in a community that he’s seen a lot of hopelessness in,” Robinson said. “Guys that look like me, that could end up in the same places I ended up, I’m trying to prevent that.”