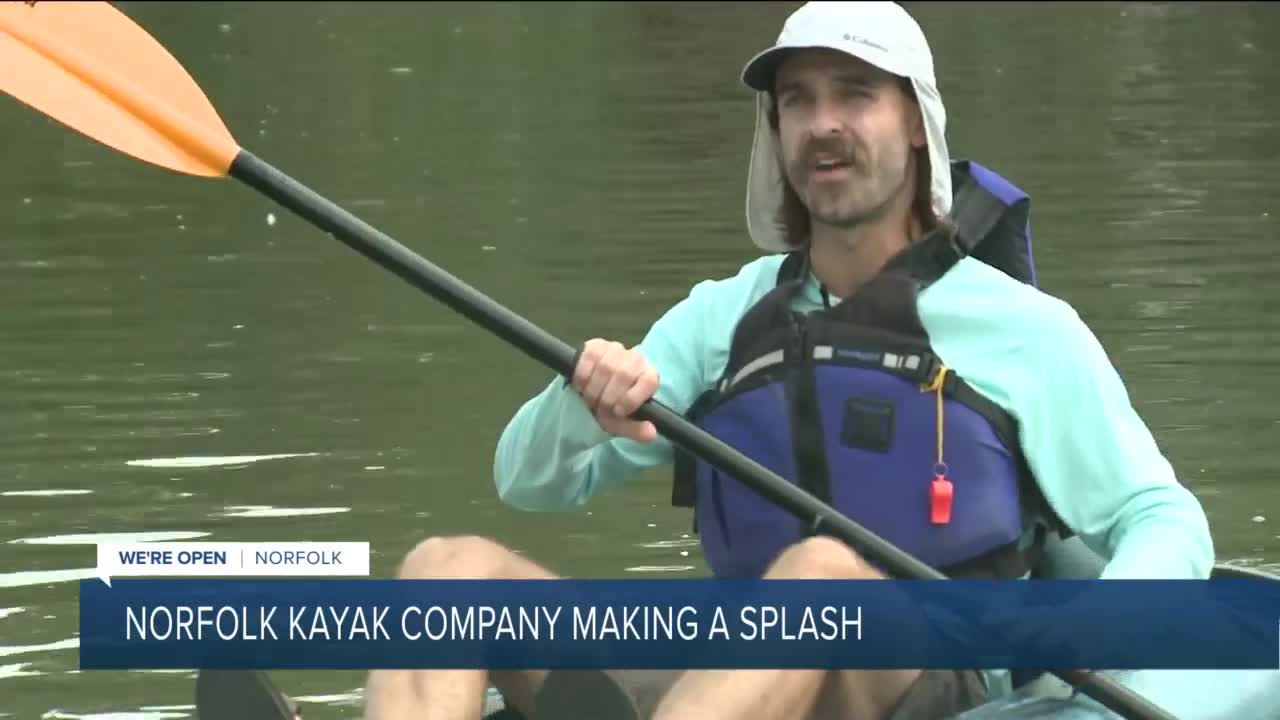 It's where we find Josh Coplon, ready to wander the waterway.

"It's a little over a half a mile to get to the mouth of the Lafayette River," he says.

Coplon is new to launching in the Lafayette, trading in the production stage for paddles.

"LAVA Presents was my company, and on March 14, it was the first show I had to cancel," said Coplon. "I am obsessed with music, it's challenging in ways to shift to another category."

"It's interesting. The last eight years, I have been fully committed to music, and not creative in any other outlets," said Coplon.

But one day, on a whim during the pandemic, he wanted to hit the water for a scenic stroll. He searched the internet for kayak rentals in Norfolk but nothing came to the surface.

"I was pretty shocked actually that that happened," he said.

He floated with the idea to run a kayak rental company, and now three weeks later he is in the cockpit of his new endeavor: Norfolk Kayak Rentals.

"Outdoor recreation has hit a home run this year. We are the only kayak company enjoying this river, so many people are familiar with it but never see it from this angle,"explained Coplon.

His rentals are located behind the Starving Artist Cafe.