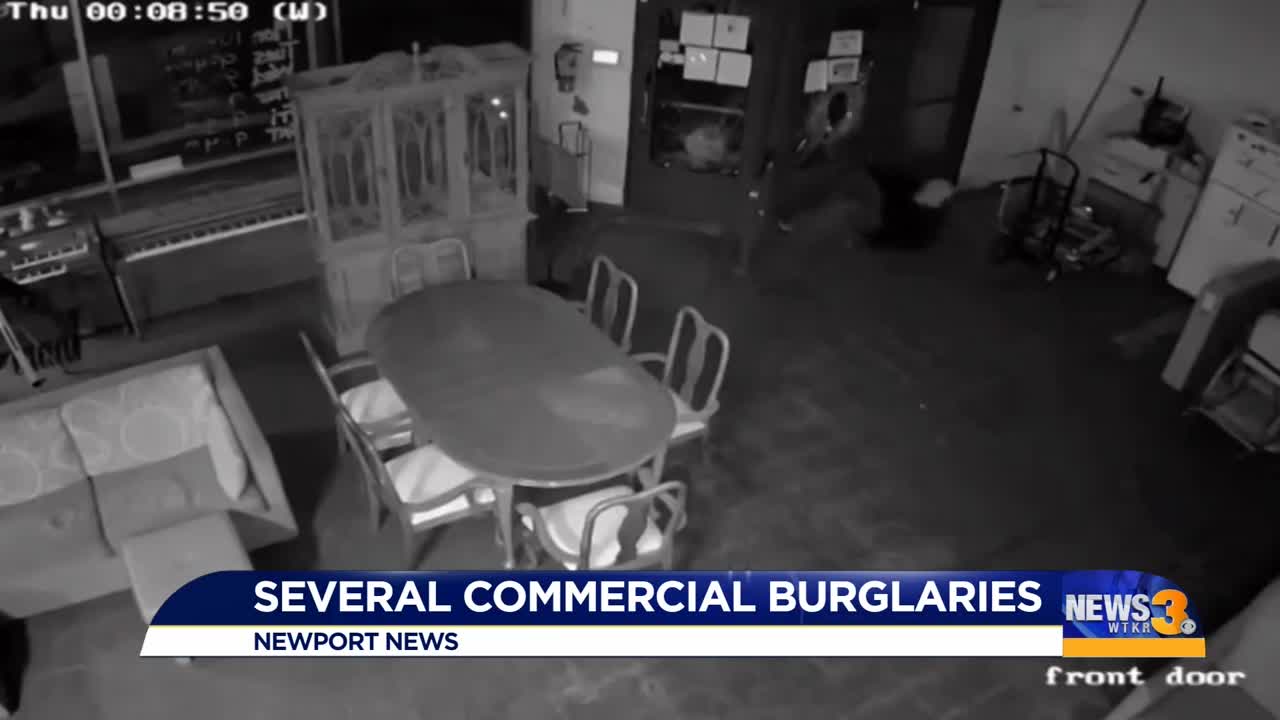 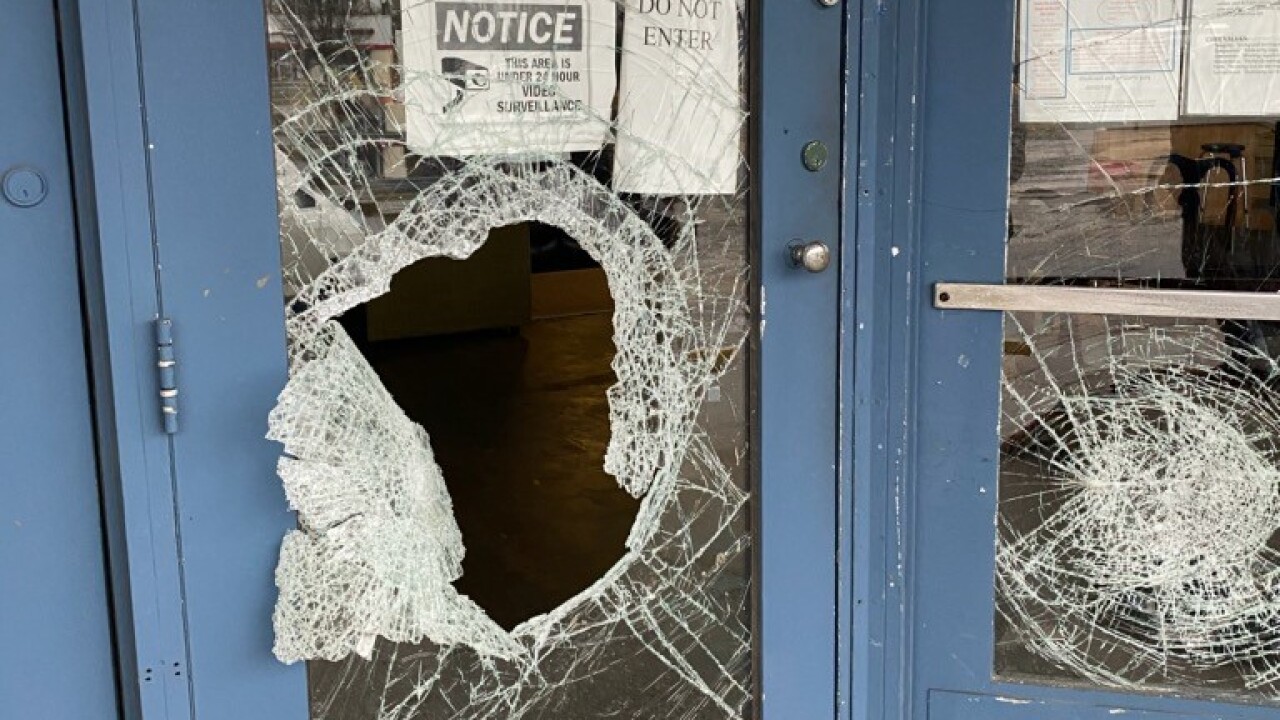 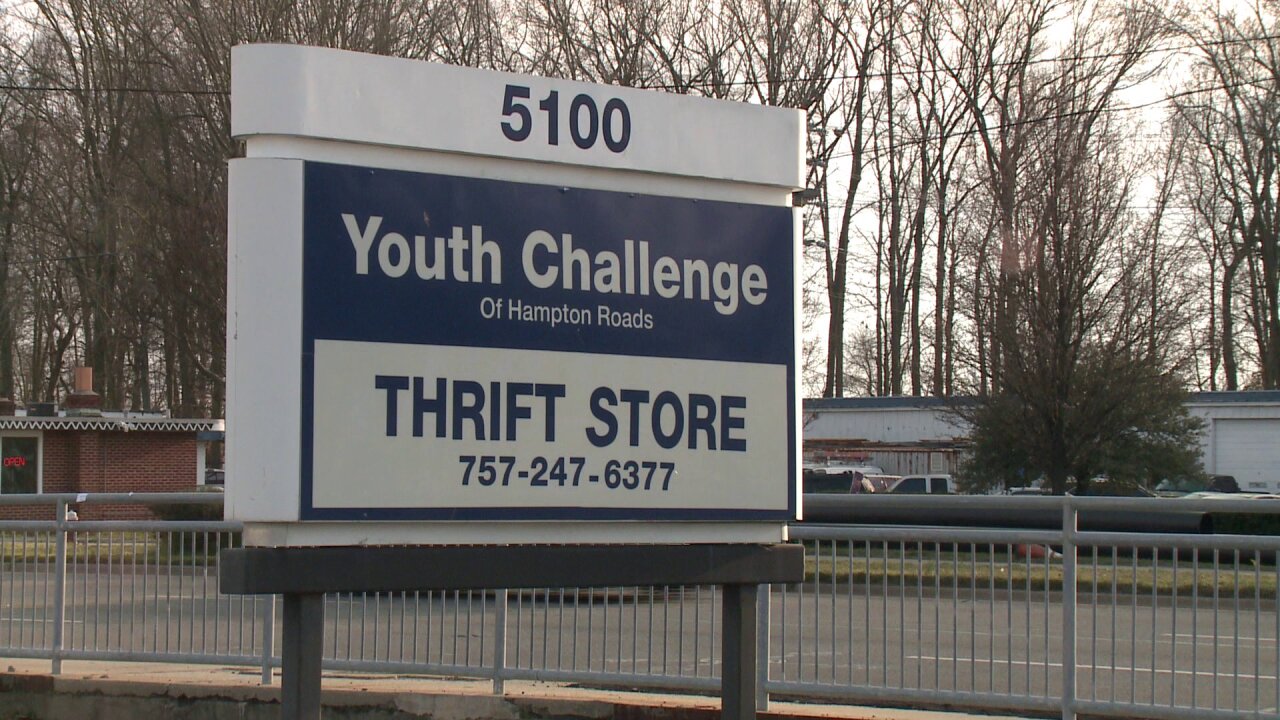 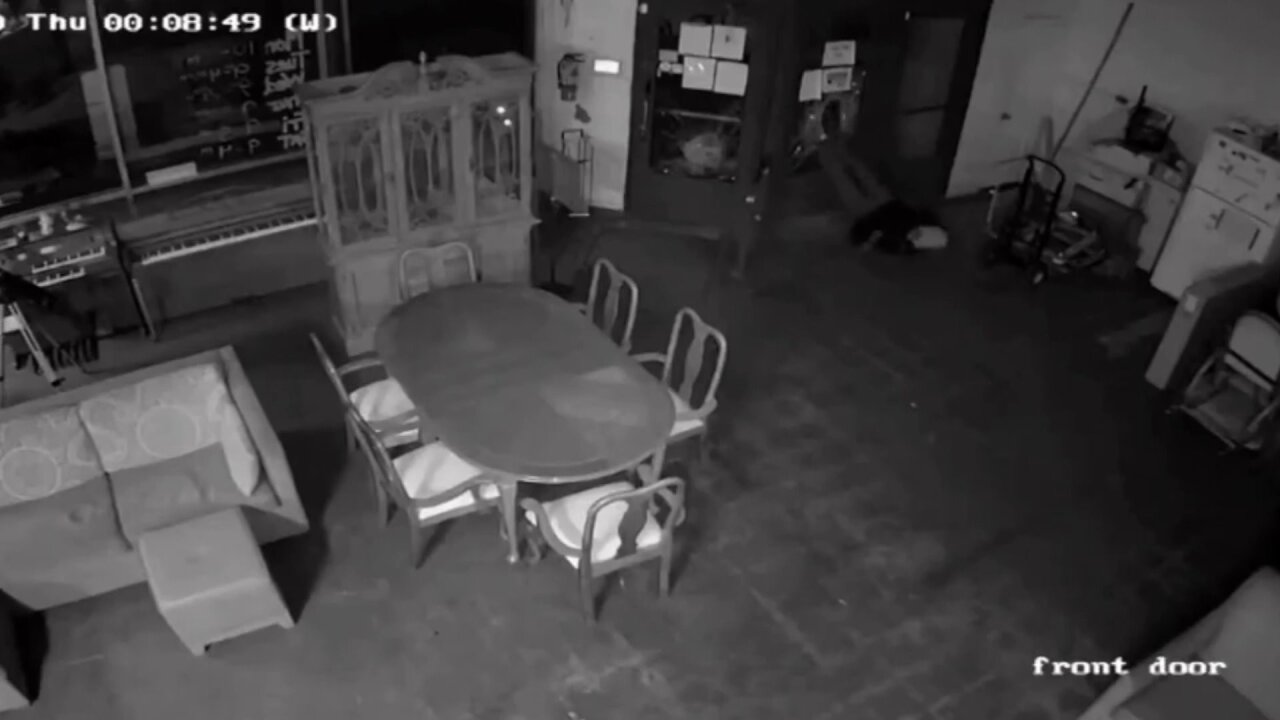 NEWPORT NEWS, Va. - “Look at this guy - wow!” says Billy Thornton as he watches a man caught on surveillance video crawling through a shattered glass door.

“It looked like a big bullet hole in the door,” adds Thornton. He is the manager at the Teen Challenge thrift store.

A shattered front door with glass all over the floor is what the thrift store on Jefferson Avenue looked like on the morning of February 6 when Thornton arrived to work.

“Somebody apparently busted and climbed through. Took the register and took the donation jar we had over there,” said Thornton.

Thornton says, “Everybody that works here, we are all graduates of the program and it helps people with addiction and other life-controlling problems.”

“It was definitely an expense that we didn’t really have the capacity to incur.”

Newport News Police also believe that the man seen in the video is the same man who broke into to the Shung Xing Chinese restaurant on Newmarket Drive and broke the window, a similar MO, just a couple days later. They say the man stole the register and tip jar and crawled back out of through the same hole.

It doesn’t end there. On the February 12 and 24, police believe the same man hit the China Town restaurant located on Jefferson Avenue. This is right across the street from the thrift store.

News 3 talked to the owner of the restaurant. He says to prevent this from happening a third time, he now covers his front door with a wooden board at night. He tells us the man got away with his register both times.

His neighbors across the street at the thrift store say the person behind these break-ins needs help.

“I hope he gets the help that he needs because obviously he is desperate with a life-controlling problem. He might need to come to the program,” said Thornton.