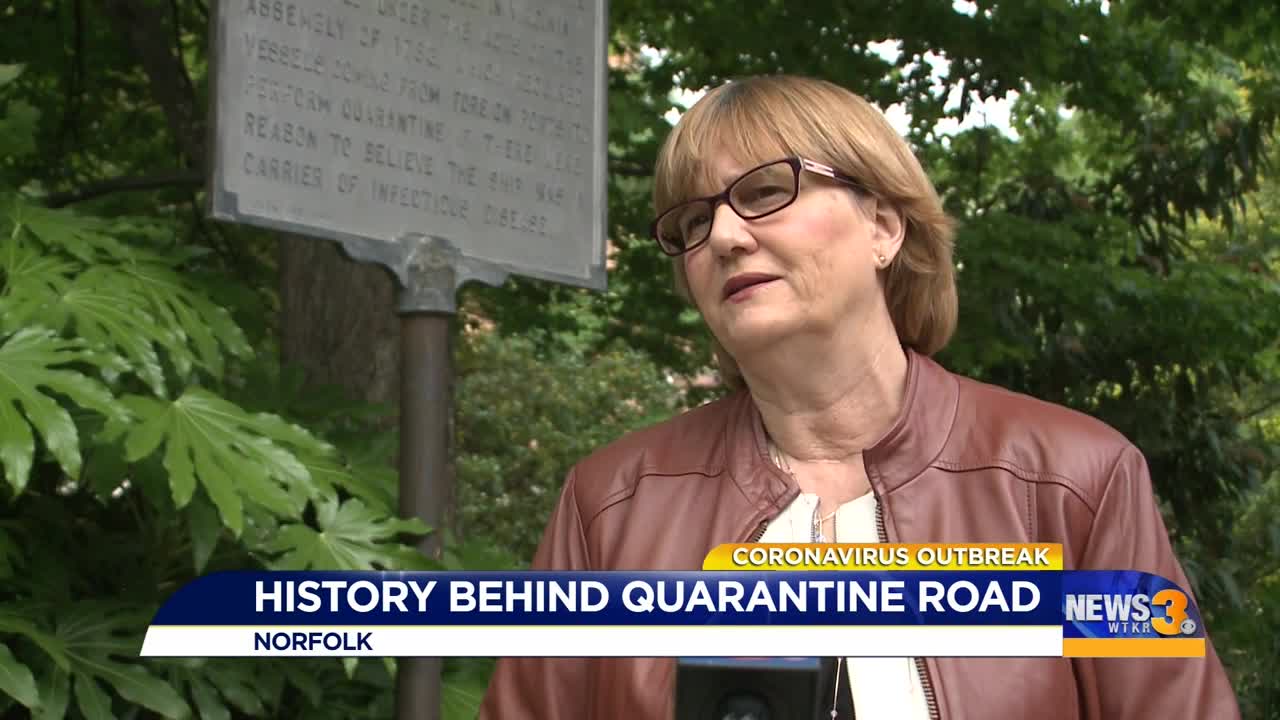 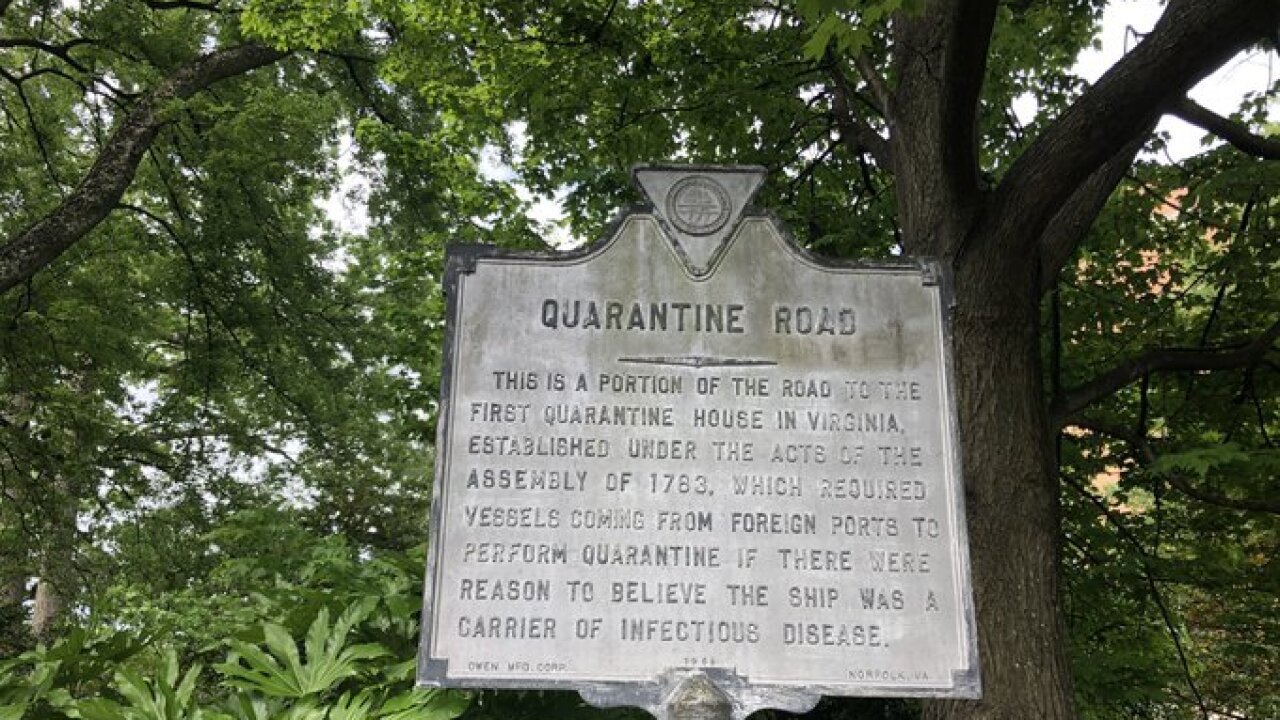 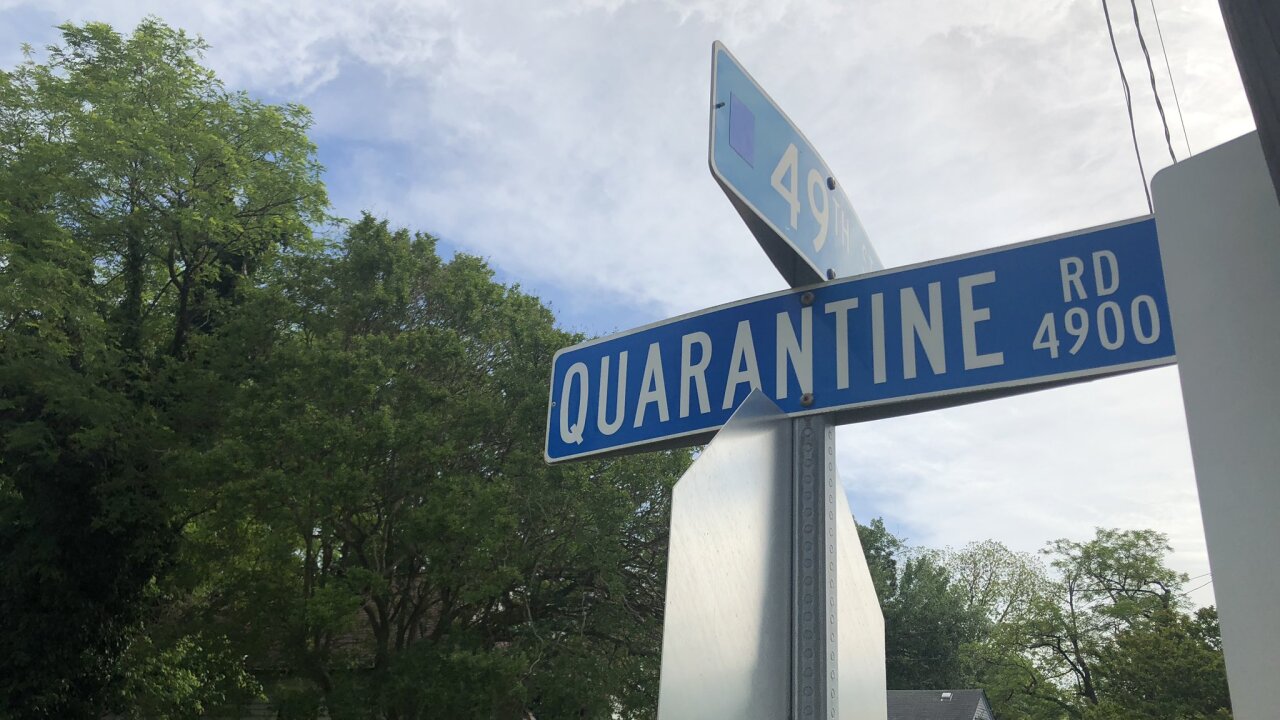 NORFOLK. Va. - Do you ever look at a street sign as you are driving around and wonder how it got its name?

Tucked along side the campus of Old Dominion University you'll find Quarantine Road, certain to grab your attention in these present times.

"There are interesting parallels about what is going on today within that road," said Annette Finley-Croswhite, Professor of History at ODU.

Quarantine Road and the houses on it that followed actually started due to ships coming into the ports from foreign areas.

"It was the Benjamin Franklin steamer that actually brought Yellow Fever into the city," she explained.

It was June 7, 1855, when the Benjamin Franklin steam pulled into Portsmouth from St. Thomas. The vessel was massively leaking and came in for repairs while it was on its way to New York City.

"The Caribbean was known for its various out breaks of Yellow Fever, so the captain was ordered to quarantine the ship," said Finley-Croswhite.

However, the captain disobeyed the two-week order, allowing an epidemic to soon plague the port city.

"At least 2,000 people died in summer and early fall of 1855 in Norfolk of Yellow Fever. The population at that time was about 14,000," she explained. "Some people of course fled, but what happened was mosquitoes were biting sick people and transmitting to other people."

The city set up quarantine houses on the road, which is now noted on a history marker hidden on a quaint path behind the Webb Center on the ODU campus.

"Quarantine House couldn't have been an agreeable place," she said. "The wealthy seem to avoid quarantine often time it was very poor sailors."

A small park in the Ghent section of Norfolk now memorializes an untold number of victims who died in the area from Yellow Fever.

"During that time, they knew nothing about germ theory but knew if they separated sick people from well people, if they didn't let sick ships into port, they had a better chance of not having epidemic outbreak," said Finley-Croswhite.

But what actually saved the majority of the population from the outbreak, stressed Finley-Croswhite, is what we are all doing today, 165 years later.

"All of the social distancing we have gone through isn't a new thing; it goes back in time as a proven practice for preventing spread of disease. There are lessons to be learned in that," Finley-Croswhite explained.

Finley-Croswhite says Quarantine House seems to have not been used after 1862, although the quarantine station at Lambert's Point remained in operation. In the 20th century, the federal government took over Quarantine oversight, rules and regulations.