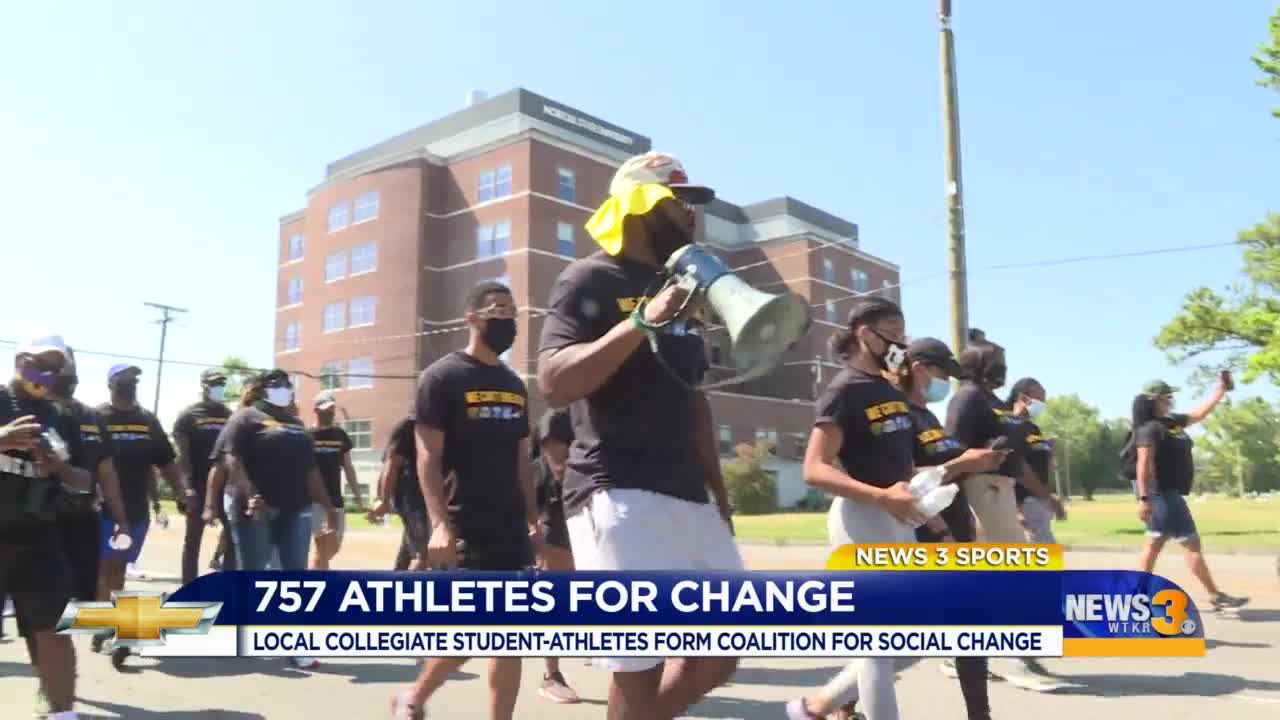 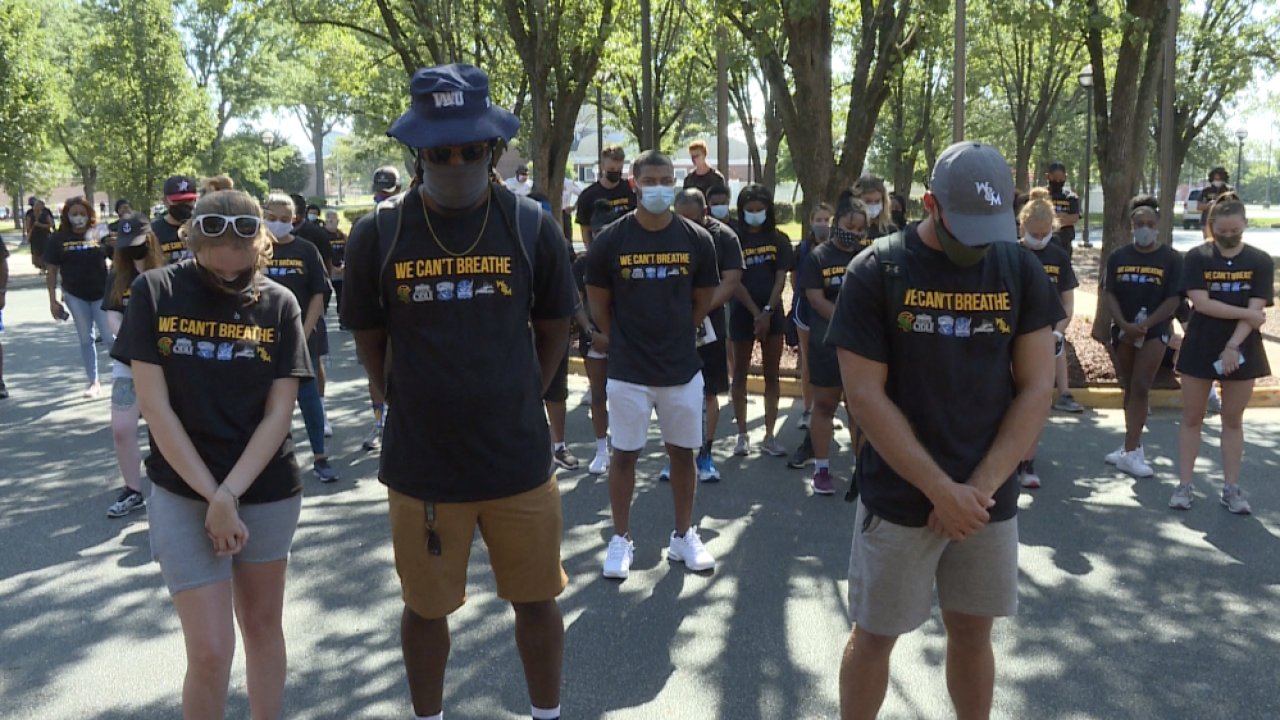 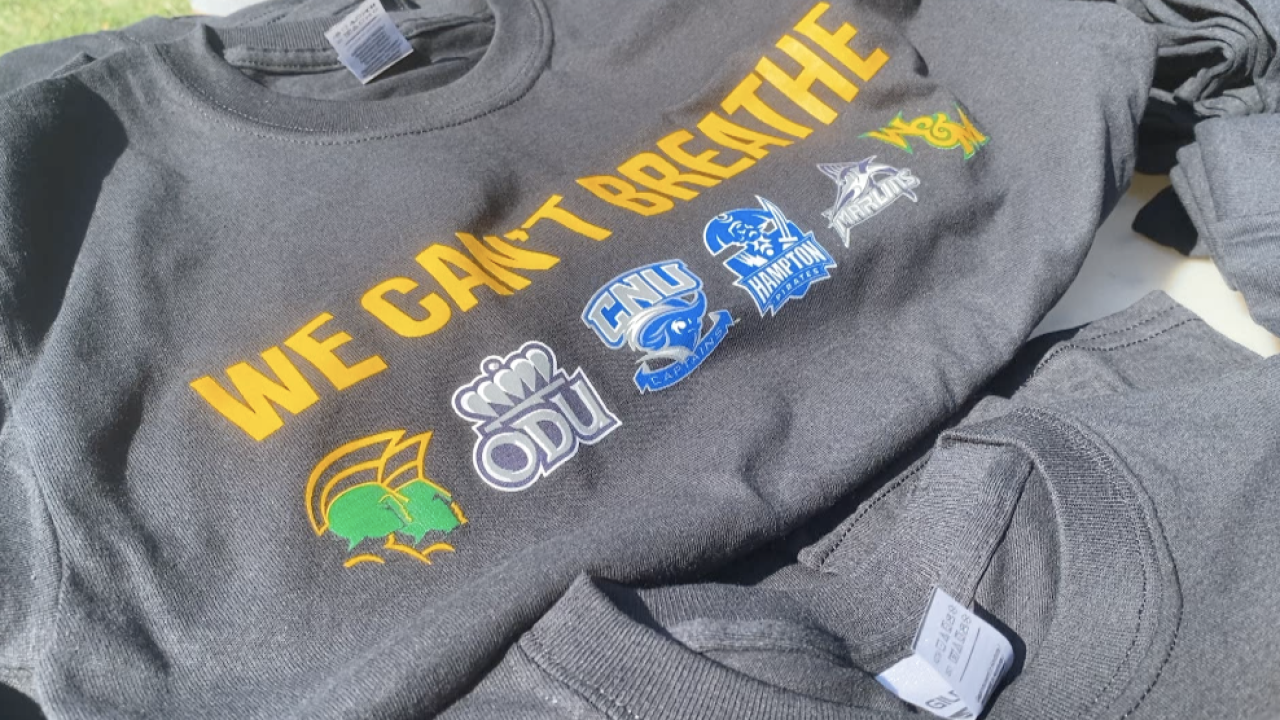 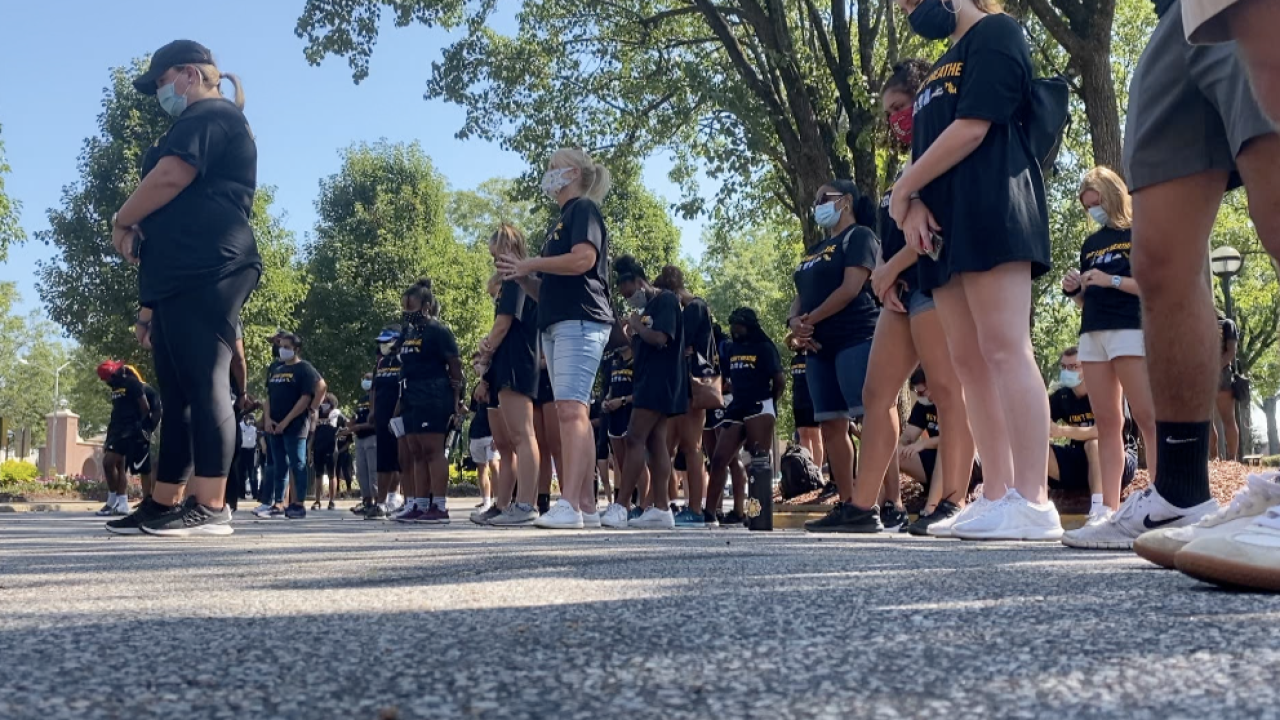 NORFOLK, Va. - At the steps in front of Norfolk State University's Wilson Hall, collegiate athletes gather in hopes of helping our society take a step toward greater equality.

Athletes from Hampton Roads universities come together as one team, forming the new 757 Student-Athlete Coalition for Social Change.

"I think the biggest message is definitely unity. To do any of this and for any of this to be possible it is gonna take more than one person," University of Virginia track and field athlete, and Oscar Smith High School product, Alexis Woodley said. "It is gonna take a lot of people and a big group of people to make a bigger difference."

"I feel really lucky to be around so many student-athletes that are passionate about the same issues," William & Mary quarterback Ted Hefter said. "This was a really incredible showing."

Multiple speakers address the crowd before the group takes to the streets of Norfolk to march.

After meeting at the NSU campus, the athletes make their way down Brambleton Avenue then end the march at the steps of the previously removed confederate monument in downtown Norfolk.

Beginning at one set of steps and ending at another, the 757 Student-Athlete Coalition for Social Change takes steps toward greater equality.