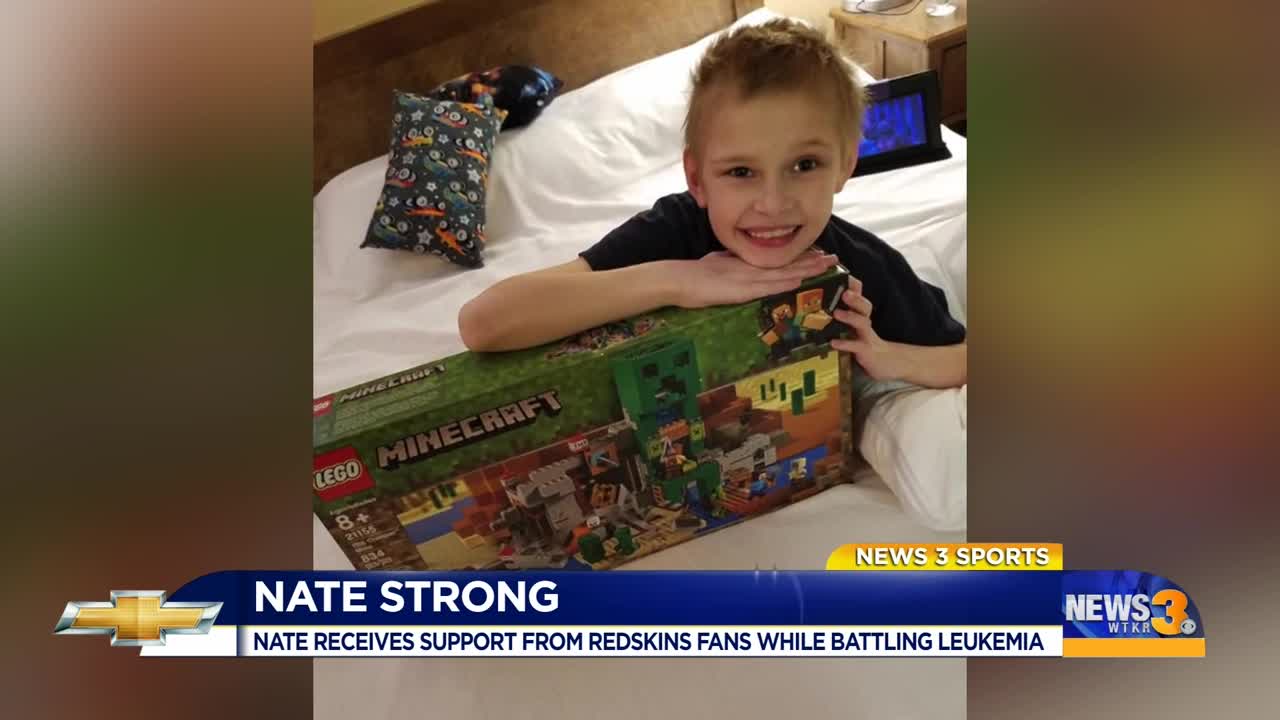 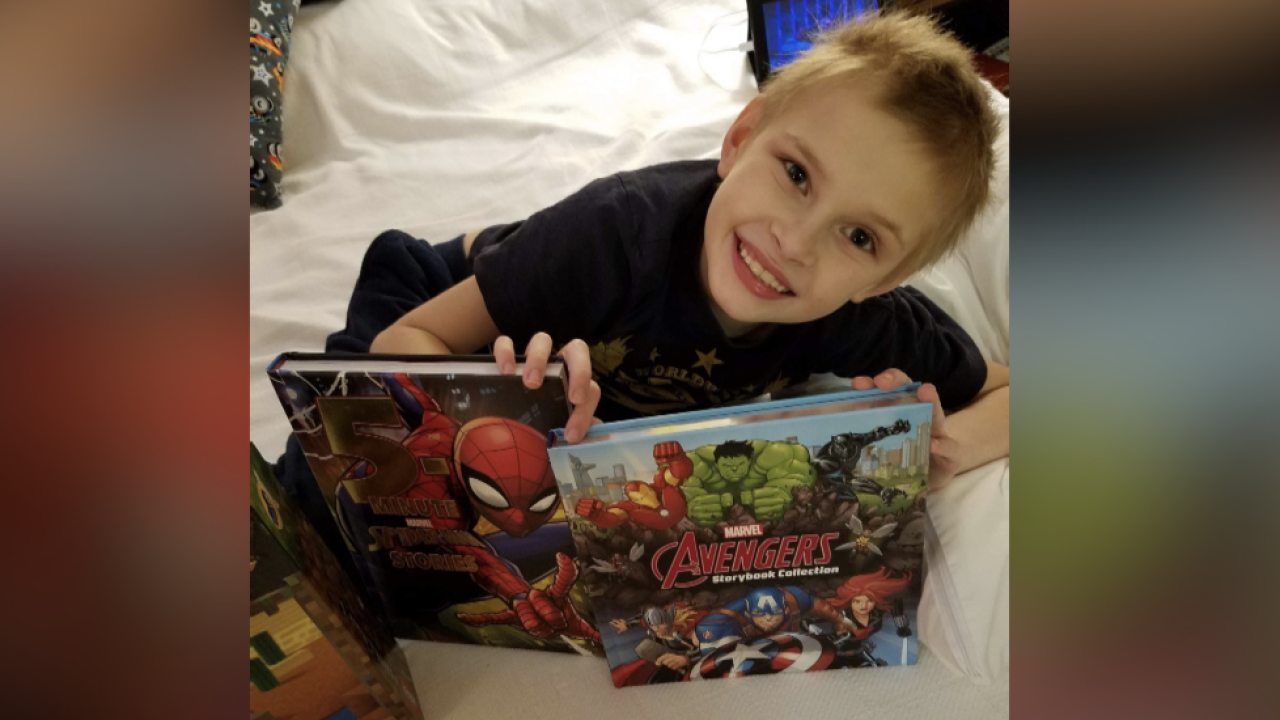 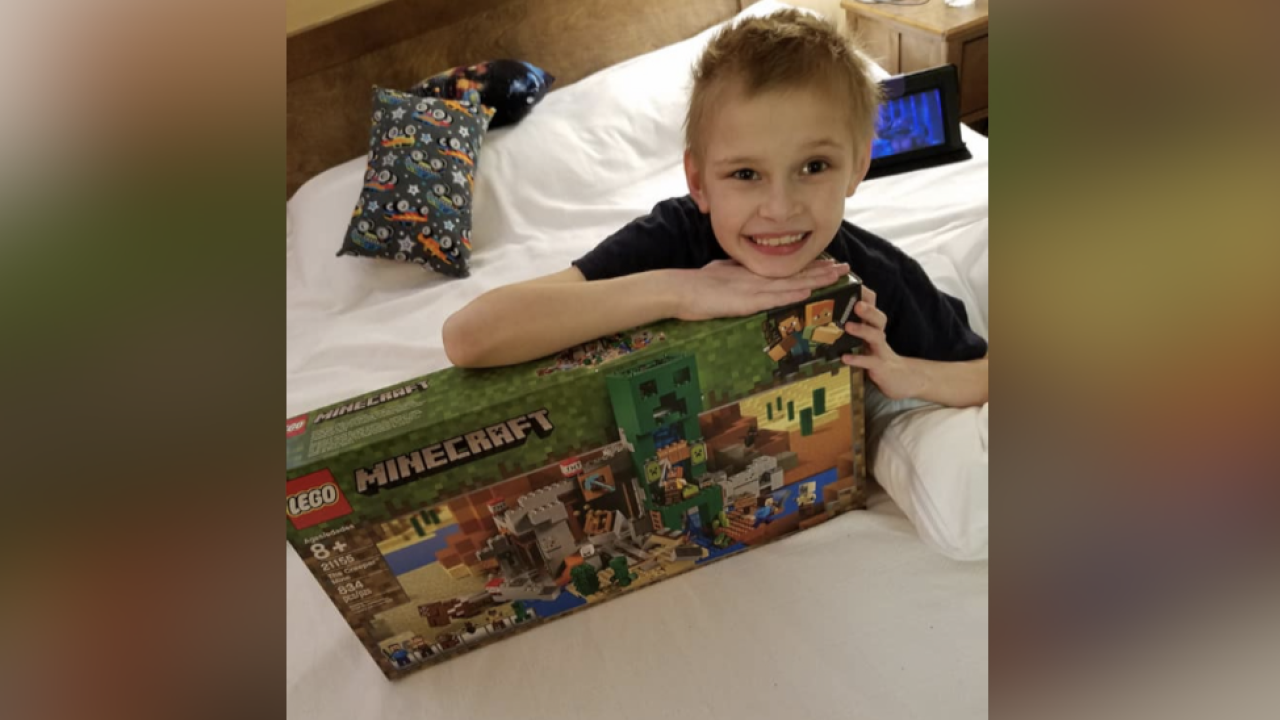 A world flipped upside down on April 4th, when Nate was diagnosed with leukemia.

It was originally suspected that Nate was dealing with a bad stomach flew, but that quickly changed just a day later.

"His hemoglobin was 1.6 and it’s supposed to be around 12. It's the lowest anybody we talked to, even in St. Jude, has seen," Mueller. "He was on the verge of not being with us anymore.”

Nate's family quickly called an audible, packing their things to leave Missouri for Memphis, Tennessee, where Nate would be treated at St. Jude Children's Research Hospital.

During his time there, his family was connected with the Hog Farmers, a nonprofit run by a group of Redskins fans. The group helped out with the cost of essential items like food and gas, and made sure Nate had plenty of fun activities to do in between treatment.

"It really helped," Mueller said, explaining that the hospital's toys and play rooms were unavailable due to COVID-19. "He got a Thor hammer that says Nate Strong on it and he carries that everywhere with him."

Even those who are Nate Strong need some encouragement every once in a while, and the Hog Farmers brought together football fans from all over the country to send Nate videos and encouragement.

"Nate thought it was the coolest thing in the whole world," Mueller said. "Every time someone would say hi Nate, he’d wave back thinking it was a Zoom meeting or messenger call, so he would say hi back every time."

Now, with a new set of teammates by his side, Nate gets to celebrate a big win. After about eight weeks at St. Jude, he's back at home in Missouri and in remission, two months after his family's world was turned upside down.

"He is so strong," Mueller said. "While we were coming home from Memphis I said Nate, you beat cancer. He goes, 'Wait, I had cancer?' He didn’t even know."