Bethune-Cookman University is fourth school to leave MEAC since 2018 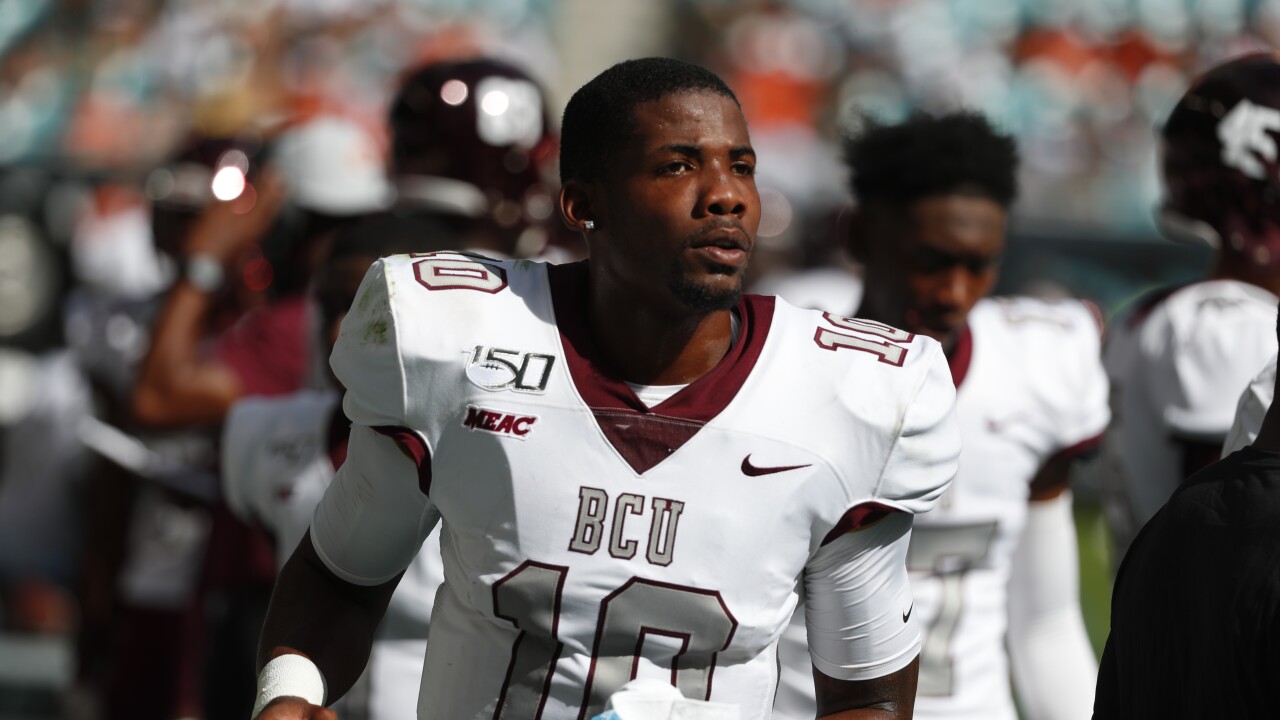 Thursday, the university's Board of Trustees unanimously approved an invitation to accept membership into the Southwestern Athletic Conference (SWAC) effective July 1, 2021. The Wildcats, members of the MEAC since 1979, will remain members of the MEAC for the 2020 season and begin play as a full member of the SWAC in 2021.

With the conference's current makeup, the MEAC, headquartered in Norfolk, will have only six football-playing schools in 2021.

"Obviously, it is a disappointment to lose a long-standing member, however, institutions do what is in the best interest of their institutions," said MEAC Commissioner Dr. Dennis E. Thomas. "I wish President Dr. E. LaBrent Chrite, Lynn Thompson and their institution the absolute best."

Following North Carolina A&T's departure in March, in a statement, the MEAC Council of Chief Executive Officers (CCEOs), chaired by Dr. Wayne A.I. Frederick, President of Howard University, confirmed the current makeup of MEAC member institutions are united to remain a viable and sustainable Football Championship Subdivision (FCS) conference and are committed to academic and athletic excellence for our students and student-athletes.

Dr. Frederick said, “The MEAC has a rich history of producing student-athletes that excel in sports as well as academics. We are committed to working with our partner institutions to meet their needs and ensure the future of the conference for generations to come."

Furthermore, other conferences have approached our member institutions about potential realignment; however, our members have felt that the MEAC is a great fit for their respective institutions and student-athletes academically, athletically, financially and from a branding standpoint. The MEAC will continue to explore conference expansion in the future, as we have done in the past, led by Dr. David Wilson, President of Morgan State University, who is the chair of the New Membership Committee. We will work with North Carolina A&T State regarding its transition from the MEAC and wish them well on their new journey. Again, the conference’s membership remains committed to the MEAC and looks forward to an even brighter future.

The SWAC, founded in 1920, is headquartered in Birmingham, Alabama and includes Alabama A&M, Alabama State, Alcorn State, Grambling State, Jackson State, Mississippi Valley State, Prairie View A&M, Southern University, Texas Southern and Arkansas-Pine Bluff. With the addition of Bethune-Cookman and Florida A&M in 2021 the conference will grow to a 12-team league with six teams in the Eastern and Western Divisions, respectively.