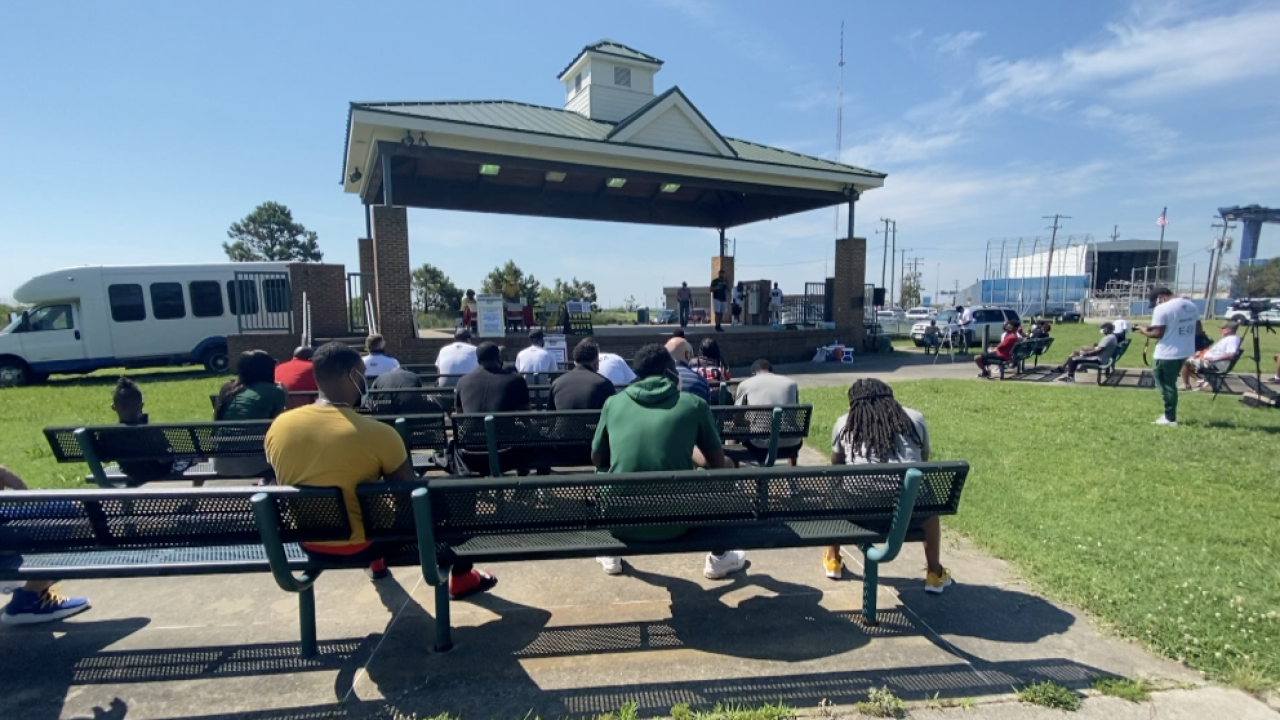 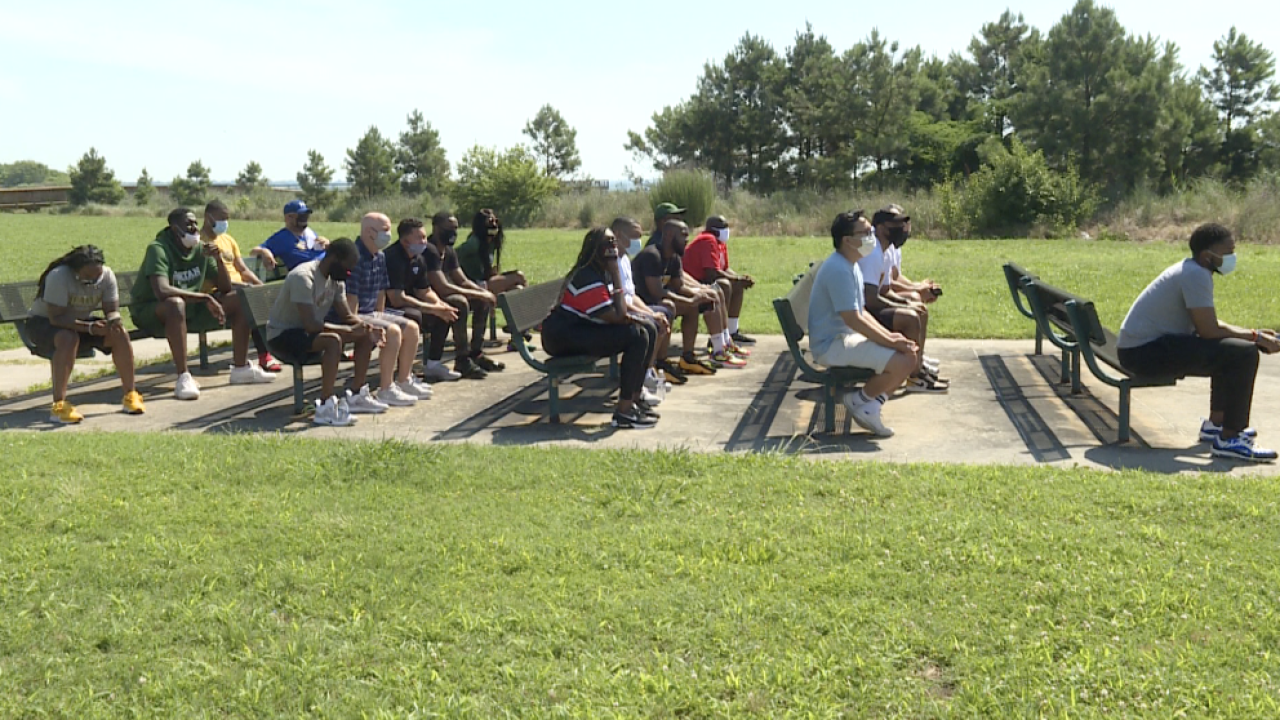 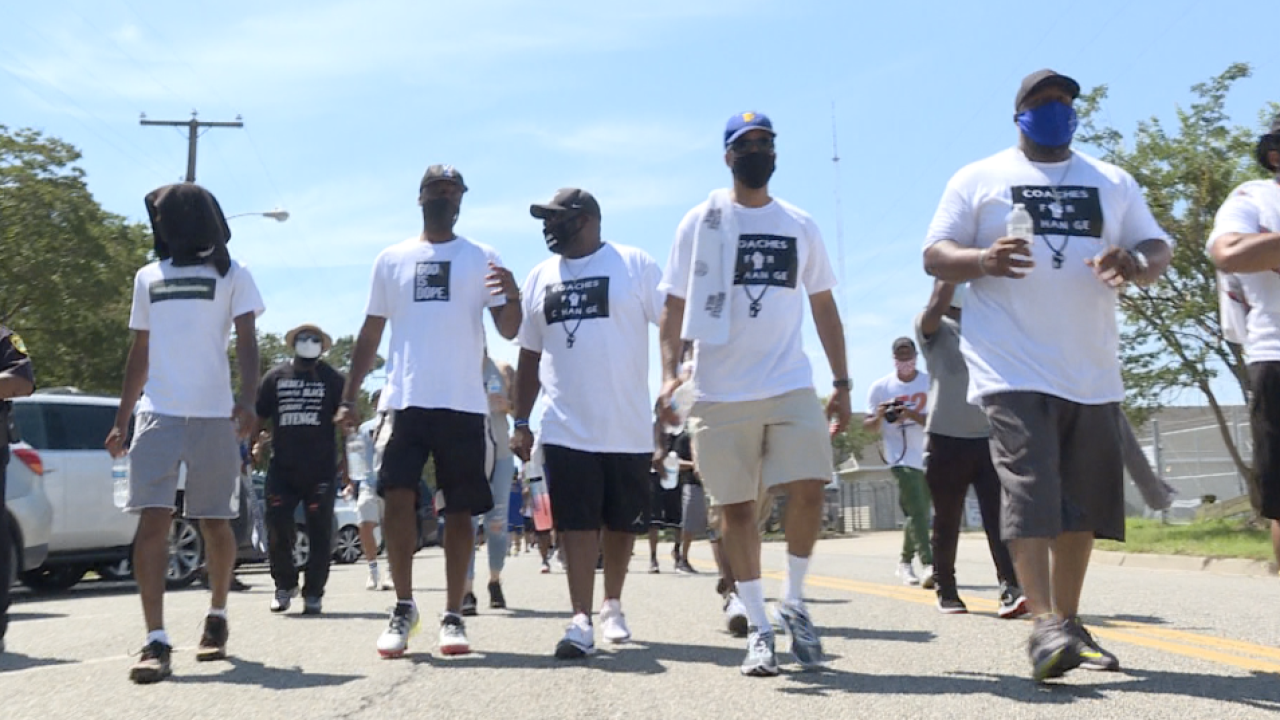 NEWPORT NEWS, Va. - On Saturday, local coaches came together to draw up a game plan, but not the kind they're used to.

"Teaching our kids more about life than about the sports in which we are blessed and honored to be their coaches," Kecoughtan boy's basketball coach Willie Gause said.

It's a game plan for justice.

From college teams to high school programs, dozens of coaches from Hampton Roads and beyond showed up to support Coaches for Change, showing that they're leaders in not only athletics, but also the efforts against racial injustices, racial inequalities and police brutality.

Coaches for Change began with coaches in Richmond before being brought to the 757 by Gause.

"White coaches, black coaches, everybody understands racism and racial inequality is a very big injustice in our society and our history," Norfolk State assistant men's basketball coach Leonard Fairley said. "We need to start doing things to reverse it."

"We’re in the business of bringing people together as coaches," Christopher Newport head men's basketball coach John Krikorian said. "Our best teams are united and we can’t stay silent when there’s things going on that are not right."

Saturday began with a peaceful rally at King-Lincoln Park in Newport News, Virginia.

"Let’s not sit on the sideline, or stay in the coaching box and continue to be silent," Phoebus High School boys basketball coach James Daniels said.

"We have such a tremendous opportunity to change the lives of young people," Old Dominion men's basketball assistant coach John Richardson said.

"We can compete with one another but off the court we need to work together for change," Hampton High School girls basketball coach Shanda Bailey said.

After a handful of coaches took the stage, the group then traveled down Jefferson Avenue, marching in unity for more than a mile toward 25th street where they gathered at Martin Luther King Jr. Plaza.

Instead of calling plays against one another, today, coaches join together to lead the same team: Coaches for Change.