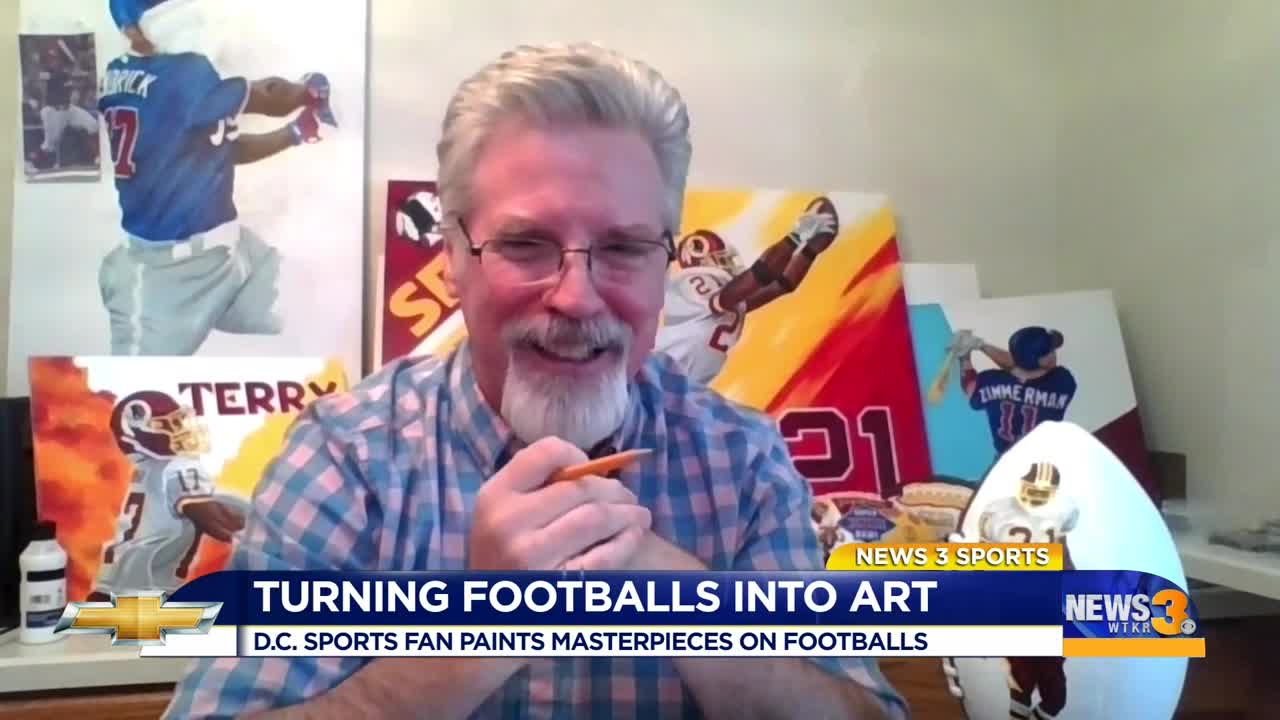 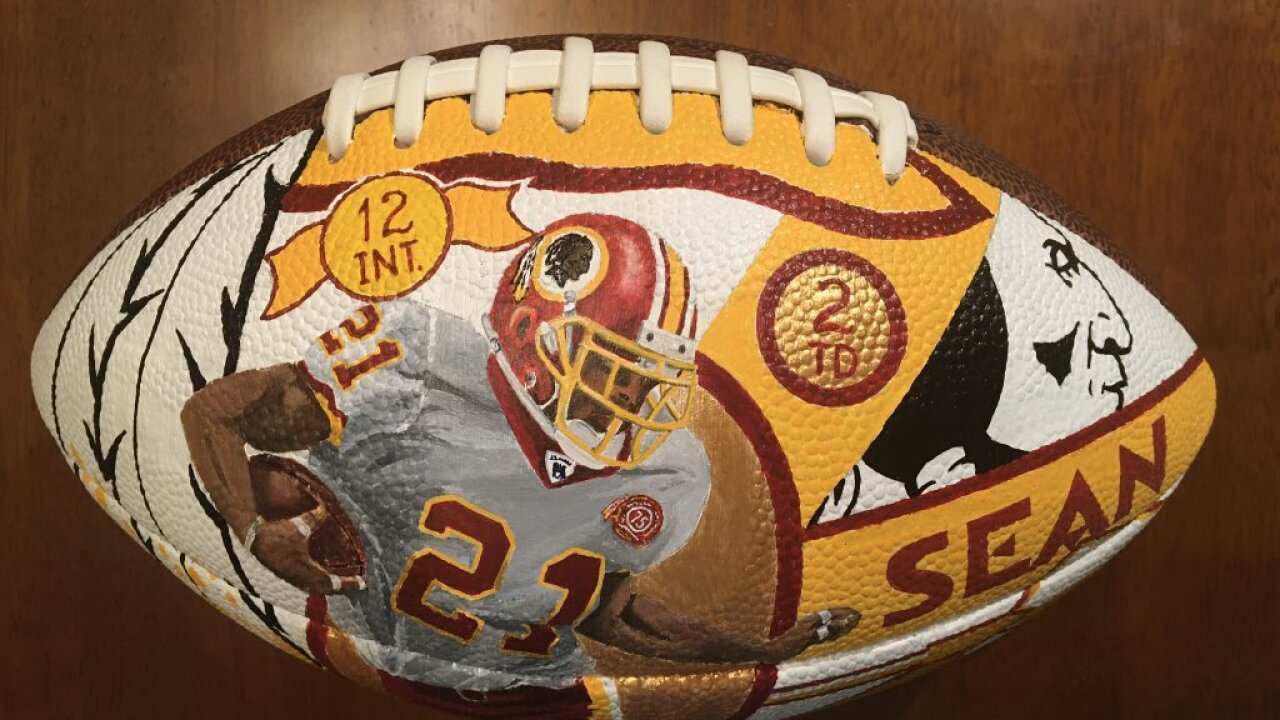 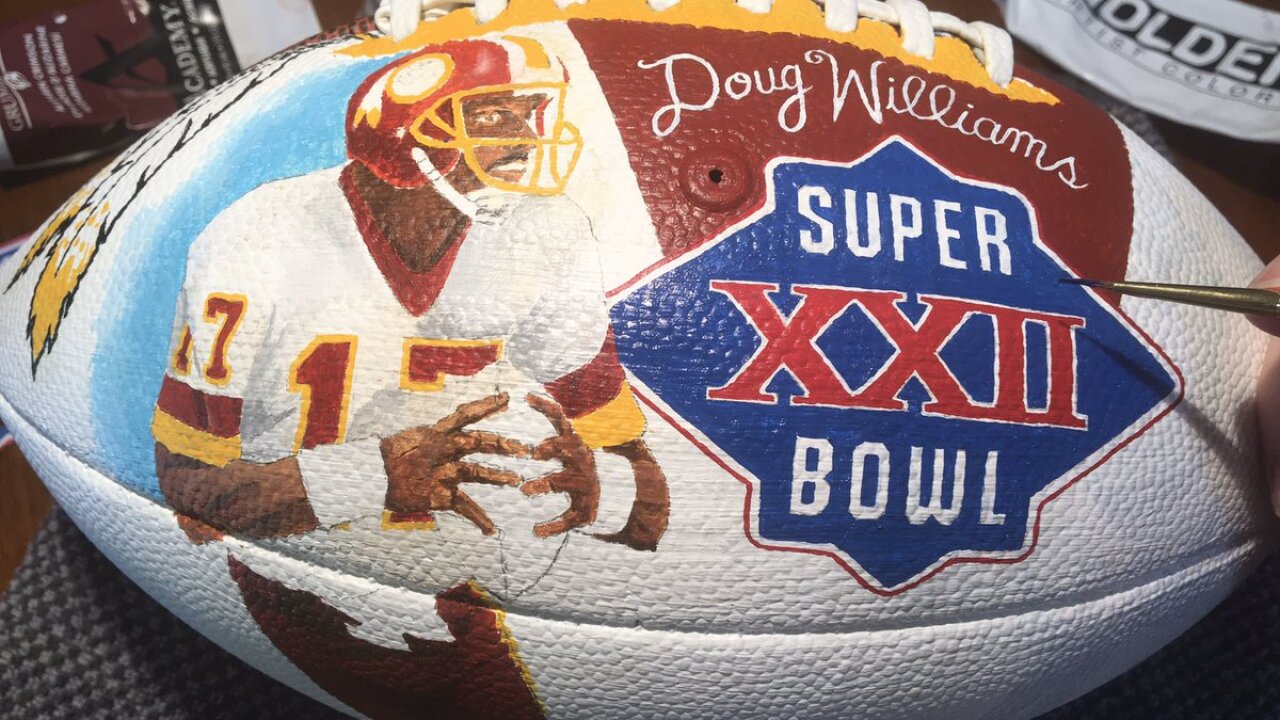 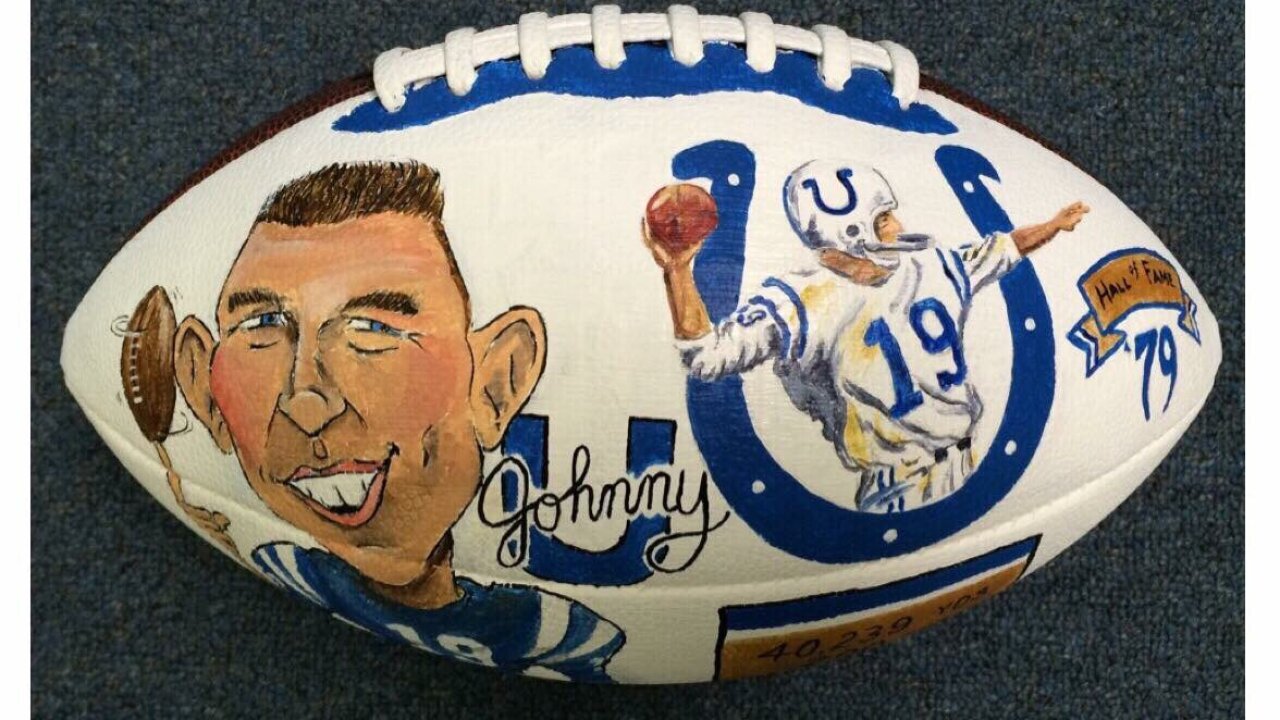 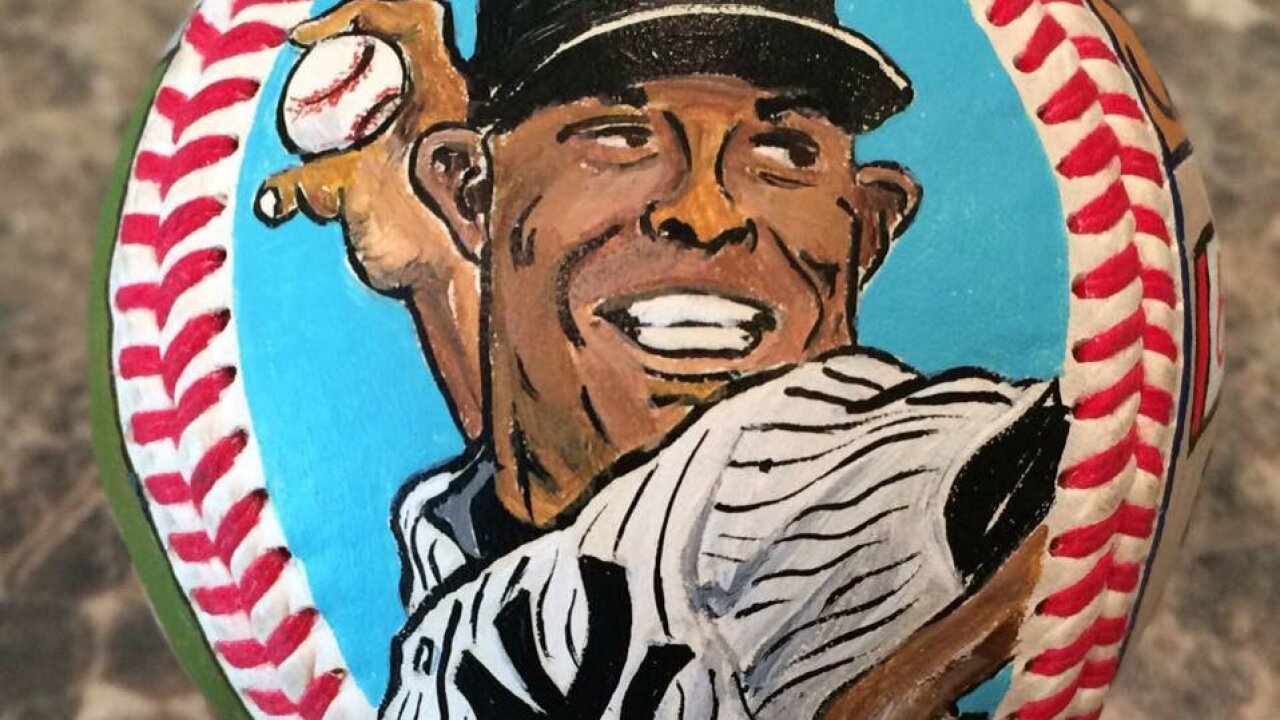 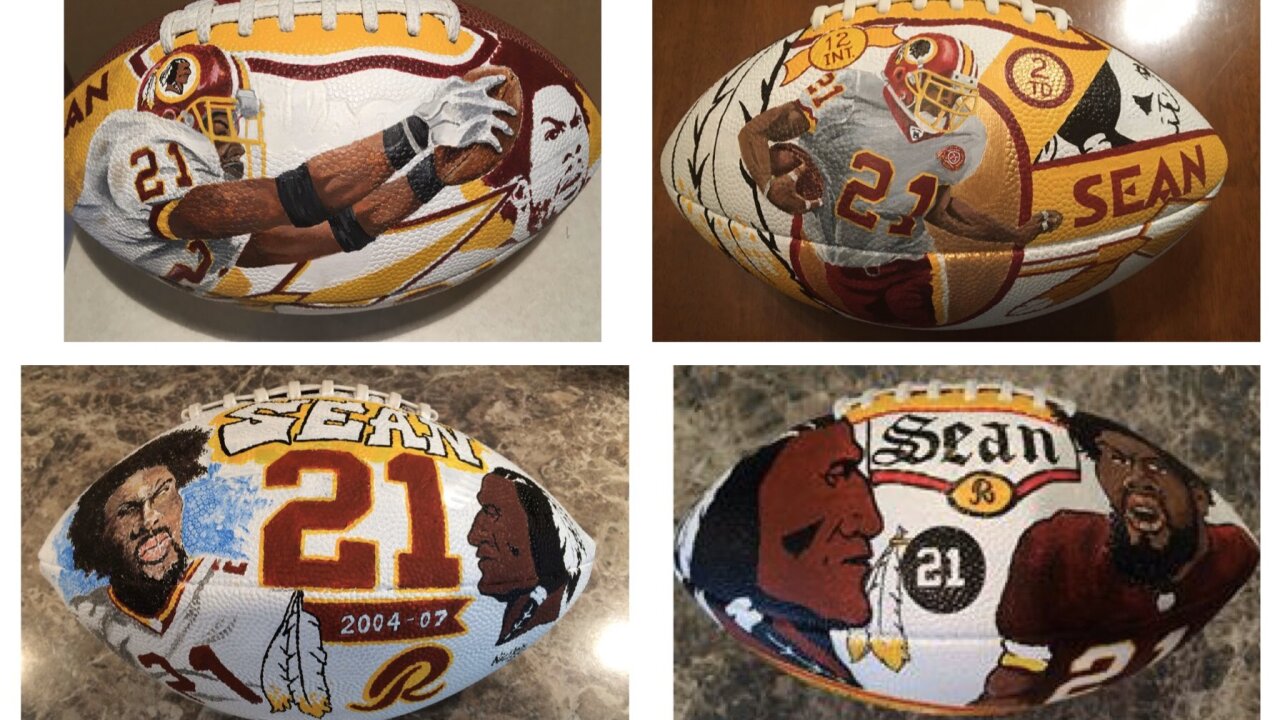 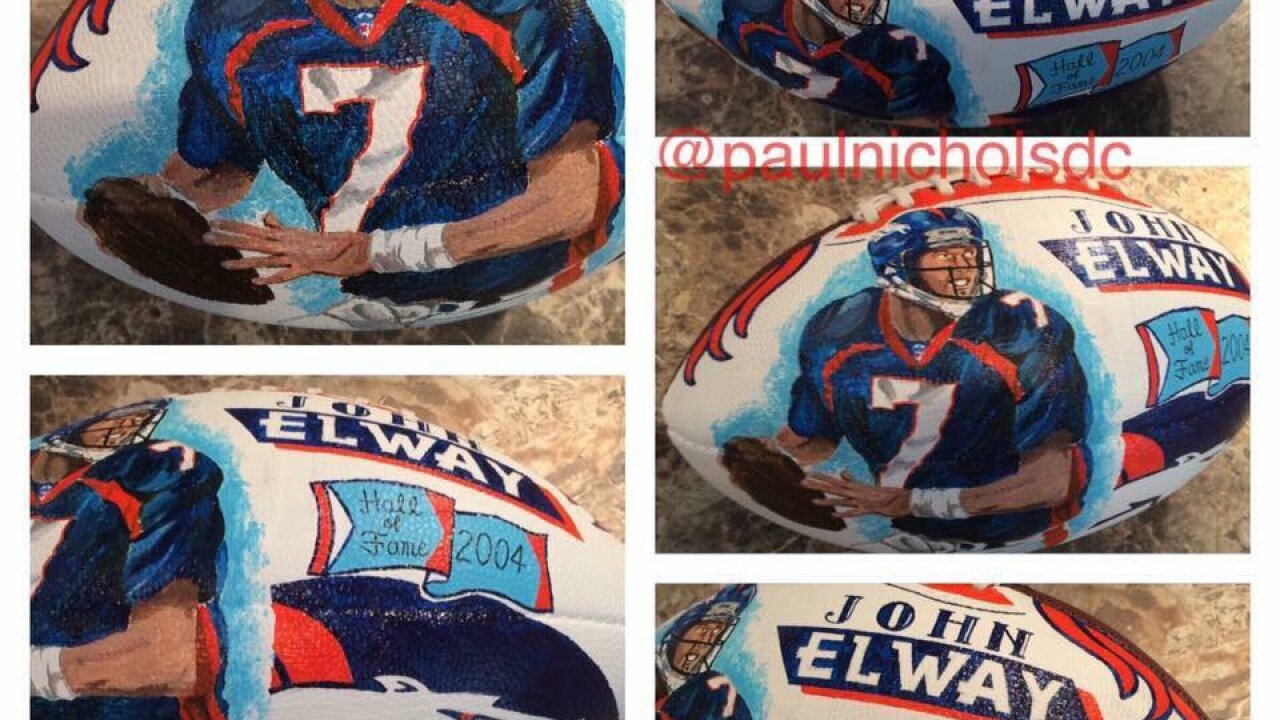 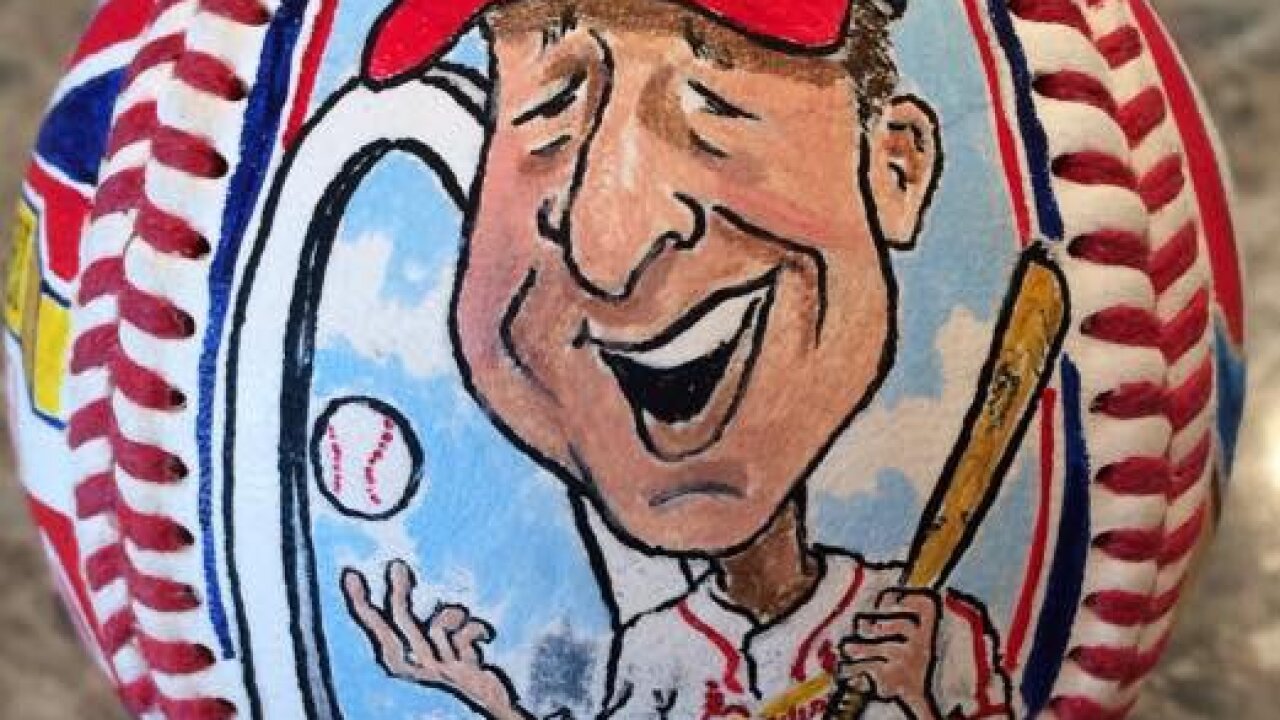 WASHINGTON D.C. - In the game of football it's those who draw up the plays and complete them who are the artists.

Meanwhile, off the field, one artist is making football his canvas. Paul Nichols is a D.C. sports fan and artist who paints footballs.

"Originally, doing the artwork there was a lot of doubts and a lot of people that said 'That’s a stupid idea, why would you do that, that’s dumb, nobody’s gonna want that,'" Nichols said. "Pretty much every time I get encouragement on that it kind of offsets all the negative that people throw at you.

"You can listen to those negative voices and just not do things, or you can have enough confidence in yourself and step out and do it.”

Nichols has been painting since he was five years old, but only started getting serious about it in 2013.

The masterpieces he paints on footballs take roughly 30 hours to complete and Nichols says the hardest part is capturing the likeness of an athlete's face.

"Because of the dimples on the football, one little brush stroke that’s wrong could make it totally inaccurate," Nichols said.

While the pigskin is where most of his acrylic paint lands nowadays, it was originally baseballs that served as his canvas.

He coached his sons' youth baseball teams and painted the game balls that were given out each week.

“I would always draw the team logo on it and we would give the balls out, and the kids really liked it," Nichols said. "Then I started to get a little more elaborate with the baseballs. When we’d get into playoffs the whole baseball would be covered and that was the highlight. The kids didn’t care whether we won or lost, they wanted to know who was getting the game ball.”

Nowadays, it's not just the kids who want his art. Nichols constantly shares his work on social media and says people reach out to him daily with inquiries.

His most popular footballs are those that feature Sean Taylor.

“I even underestimated that when I first started doing it, just the response on that alone," Nichols said about the overwhelming interest in the Sean Taylor footballs. "Out of the next ten I have to do, I think six of them are Sean Taylor balls, so anything Sean Taylor is major.”

You can learn more about the painting and caricatures Nichols creates by visiting his website: http://paulnicholsart.com/homepage.html