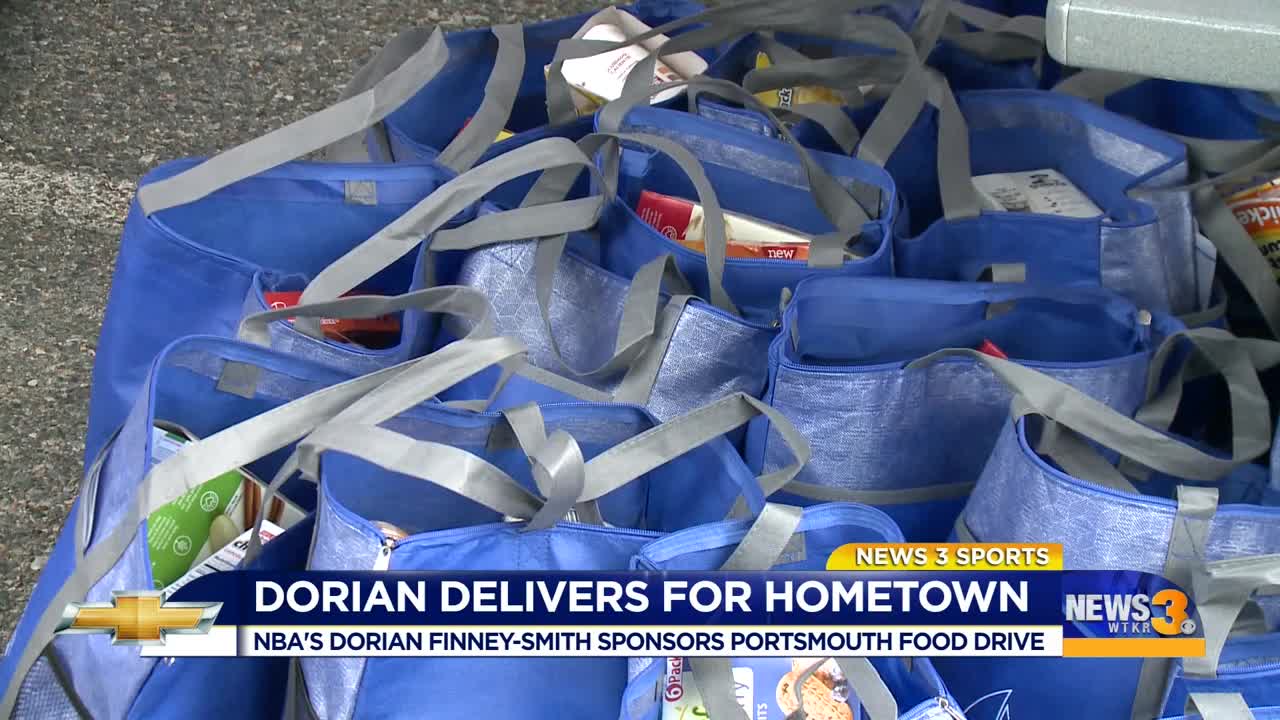 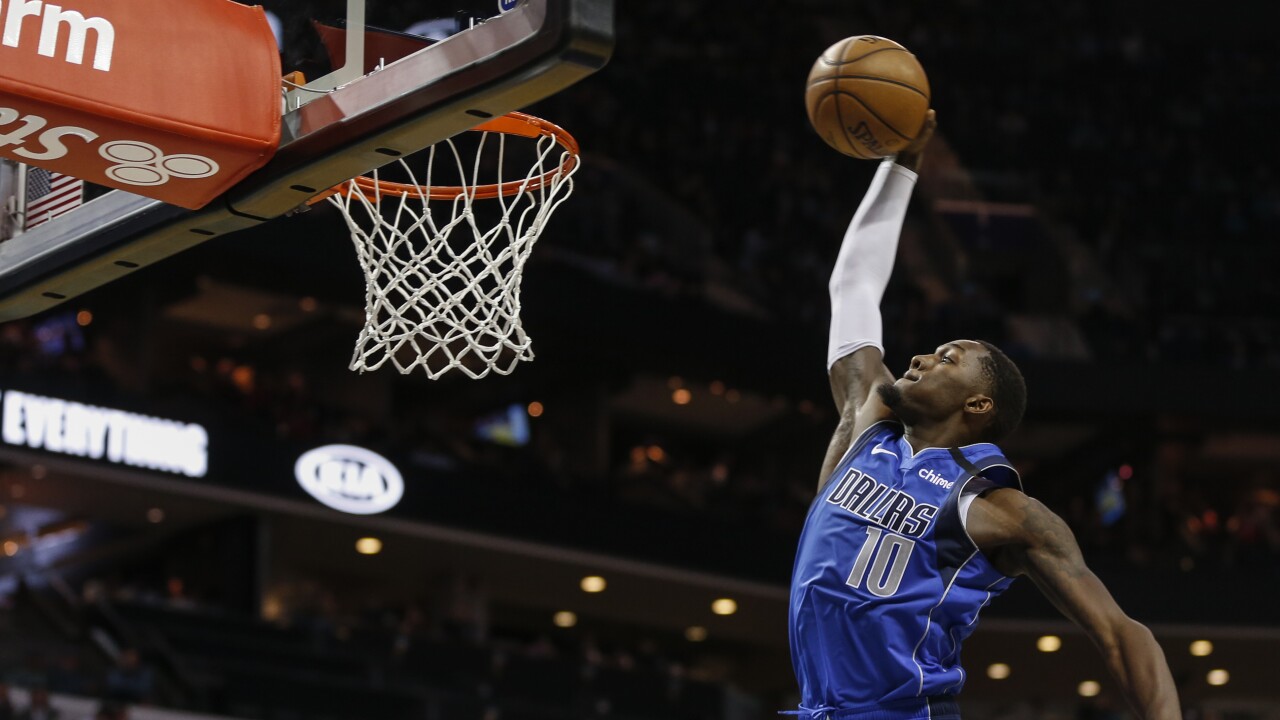 "We are a giving city," noted Portsmouth City Manager Dr. L. Pettis Patton. "In Portsmouth, we wrap our arms around families."

This event, providing food and supplies to people still working through the pandemic, was limited to Portsmouth residents only. While citizens were able to go just around the corner for some relief, its sponsor was much further away.

"Although he's gone, he's the one who came back and said I want to do something for my community," Dr. Pettis Patton said of Dorian Finney-Smith.

Finney-Smith, the Portsmouth native who is currently in his fourth season with the NBA's Dallas Mavericks, sponsored the food drive in the parking lot of I.C. Norcom High School - his alma mater. He was unable to attend the event in person, as he's in Dallas preparing for the restart of the NBA season next month.

"Growing up with five brothers and sisters, we struggled at times," Finney-Smith admitted during a Zoom interview with News 3 Sports Director Adam Winkler. "I know if this would've happened when I was eight or nine years old, my mom would've been struggling and finding a way to finesse and make it work."

"It's family first," Desiree Finney-Henderson, Dorian's mother, said of her son's effort to give back to his hometown. "These are the people that helped me raise him, so I have to help them."

"I don't have LeBron James money, but I do well for myself," Finney-Smith, who is currently averaging career highs in points, rebounds and minutes played for the Mavericks this season, said. "My city is small and I try to do as much as I can."

He might not have the same salary as LeBron - King James, but with gestures like Wednesday's, Dorian Finney-Smith will be seen as royalty in his hometown. And it's a city where help is needed.

"We have hundreds of people who will benefit from good, wholesome foods from the hard work and hands of Dorian Finney-Smith," Dr. L. Pettis Patton noted.