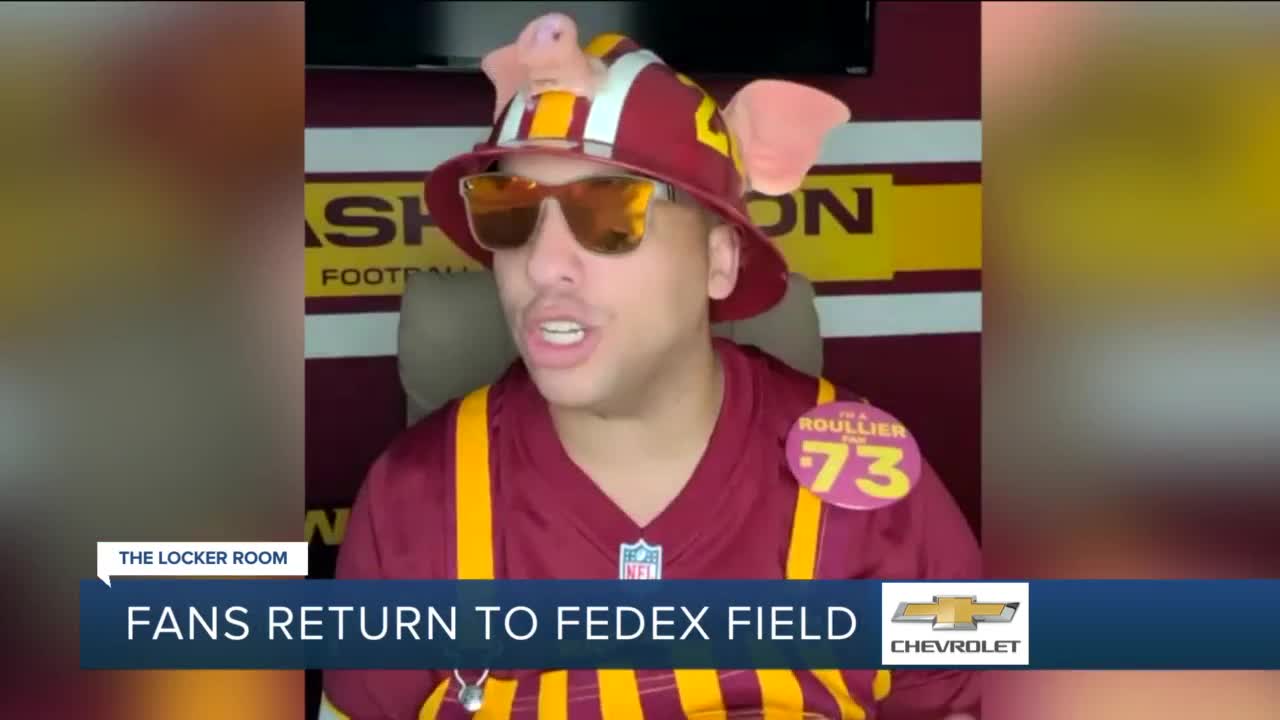 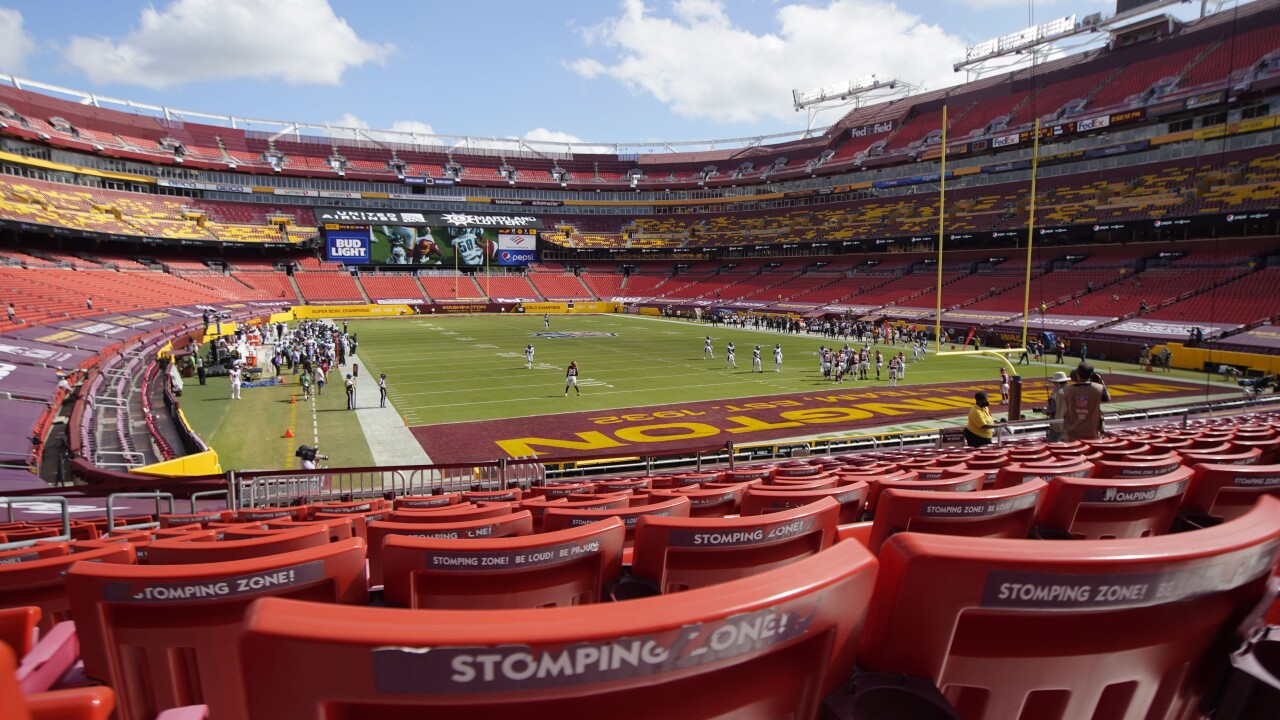 LANDOVER, Md. - FedEx Field has had moments of silence during games this NFL season because of the lack of fans, but this weekend, that will no longer be the case.

Fans are in the stands again when the Washington Football Team allows roughly three thousand to be in attendance for Sunday's game against the New York Giants.

"It's such a different feeling when you get to go to a game live versus watching it on TV," Washington Football Team fan Chris Bryant, who's attending this weekend's game, said. "It's such a different atmosphere and experience that, once you go, you never want to watch it on TV again. It's just so fun."

"There's definitely something more special about being there," said Chris Rye, another Washington Football Team fan who will be attending this weekend's game. "I know the players, as well, miss the fans. It's gotta be weird with crowd noise pumped in. Better feeling hearing fans in the stands come Sunday."

"Players, be ready for us," Bryant said. "We're gonna be cheering for you. We're gonna be loud as we can be with three thousand. We're ready to see you get a win. Beat the Giants."

Technically, this isn't the first time fans will be in the stadium. In October, around 200 family members of players, coaches and team employees were in attendance. Although, the jump from 200 to 3,000 is a noticable difference that the players and coaches look forward to.

"Hopefully the three thousand people that are there can have an effect on the opposing offense and their operation and things like that, and just give us an added boost."

An added boost from fans chirping at the Giants, instead of crickets chirping when the two teams face off at 1 p.m. on Sunday.