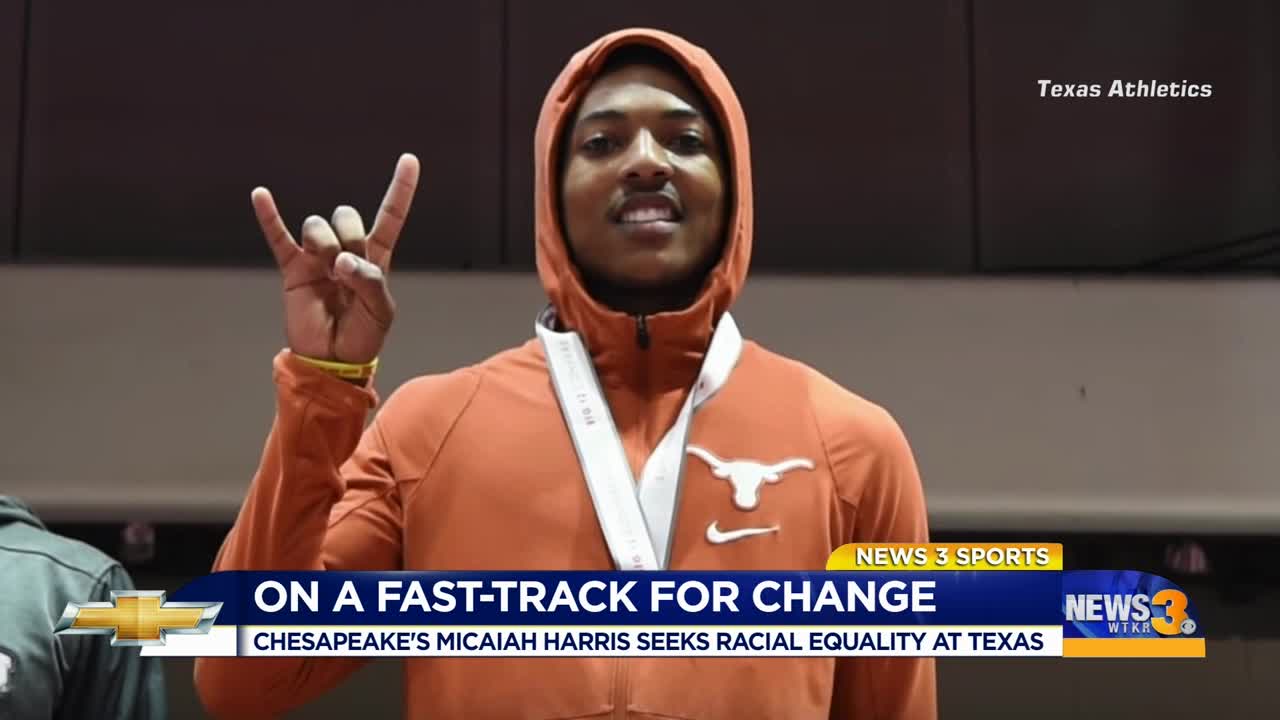 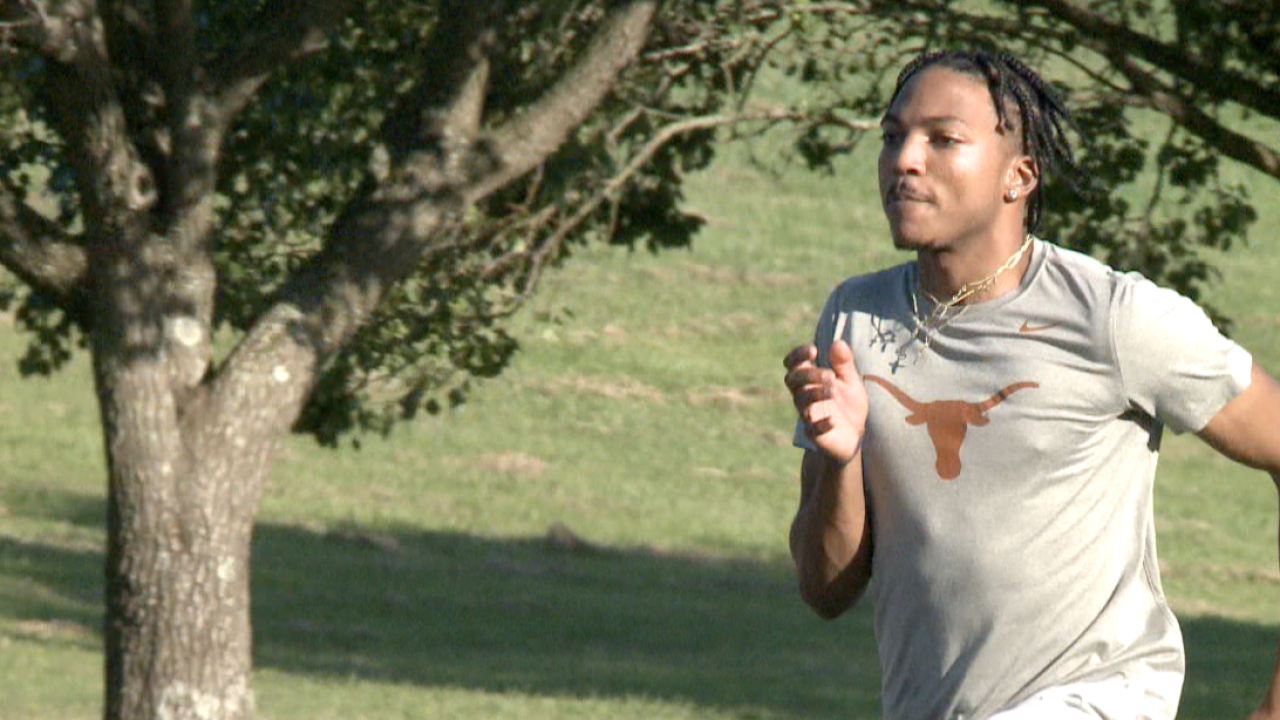 VIRGINIA BEACH, Va. - Micaiah Harris, one of the fastest sprinters in the world, trains in the shadows of a former landfill.

Yes, Mount Trashmore. The tallest peak in Virginia Beach was created from hundreds of thousands of tons of garbage. But that foul past is not the one on Micaiah's mind.

"At the University of Texas, there are a lot of traditions that are not in the favor of people who look like me," Harris, the 2018 Chesapeake Sports Club Male Athlete of the Year, explained to News 3 Sports Director Adam Winkler.

Harris, who ran the second-fastest indoor 200 meter dash in the world this year, is a three-time All-American sprinter for the University of Texas. The Western Branch High School alumnus, along with dozens of black student-athletes from multiple sports, are calling on Texas to ensure black students are fully supported.

"There will always be athletes that come after us, black athletes, so we want to make it as comfortable as possible for them," Harris said.

Among the demands: rename buildings with ties to racism and change the famous school song, "The Eyes of Texas", which can be traced to confederate general Robert. E. Lee.

"I can't speak for other teams, but the track and field program - we have agreed to no longer sing that song," Harris revealed. "We have replaced it with something else."

Micaiah has visions of winning an Olympic gold medal. But he says this impact on the world is just as fulfilling.

"Close to Olympic champion," Micaiah said with a smile when asked where having his name linked to change at the University of Texas will rank on his future list of accomplishments. "I'm not only an athlete. So once I finish competing - I'm not seen as an athlete, I'm seen as a black man."

"We are going to keep speaking up and fighting for what we feel is right, in order to help make us feel more comfortable and included."

He may work out at a former dump, but Micaiah is not going to let this opportunity to make an impact go to waste.