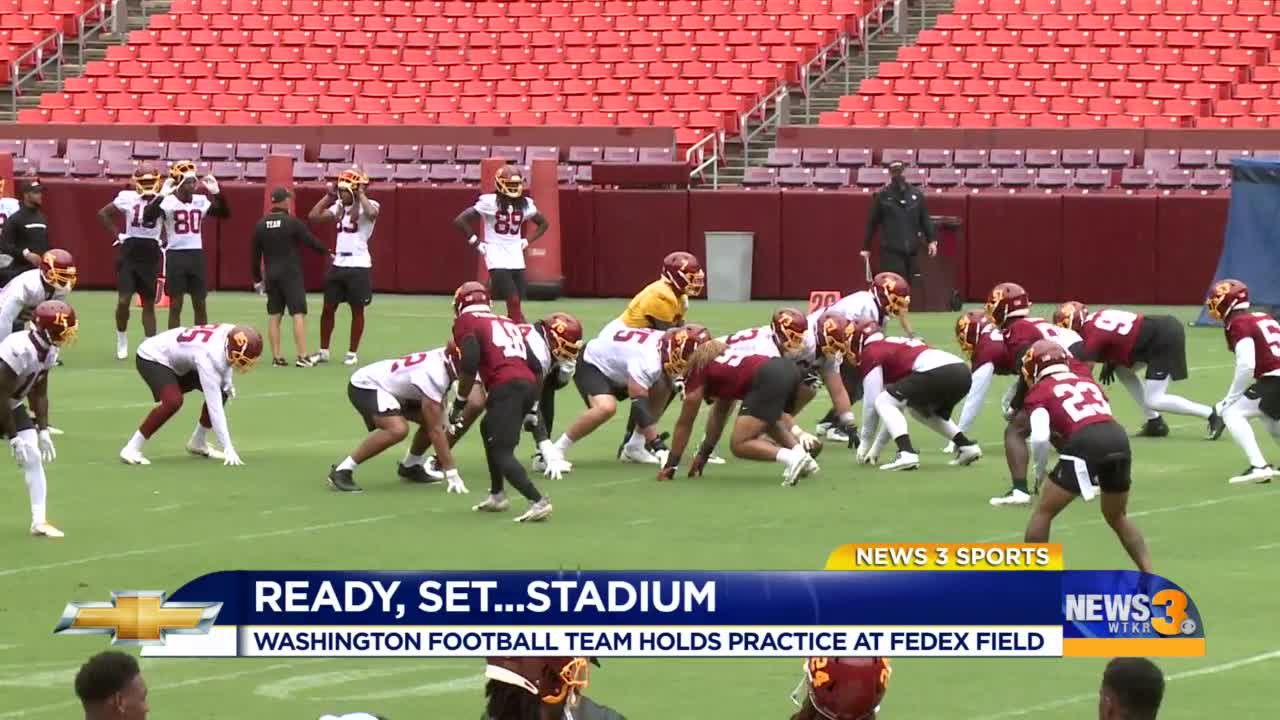 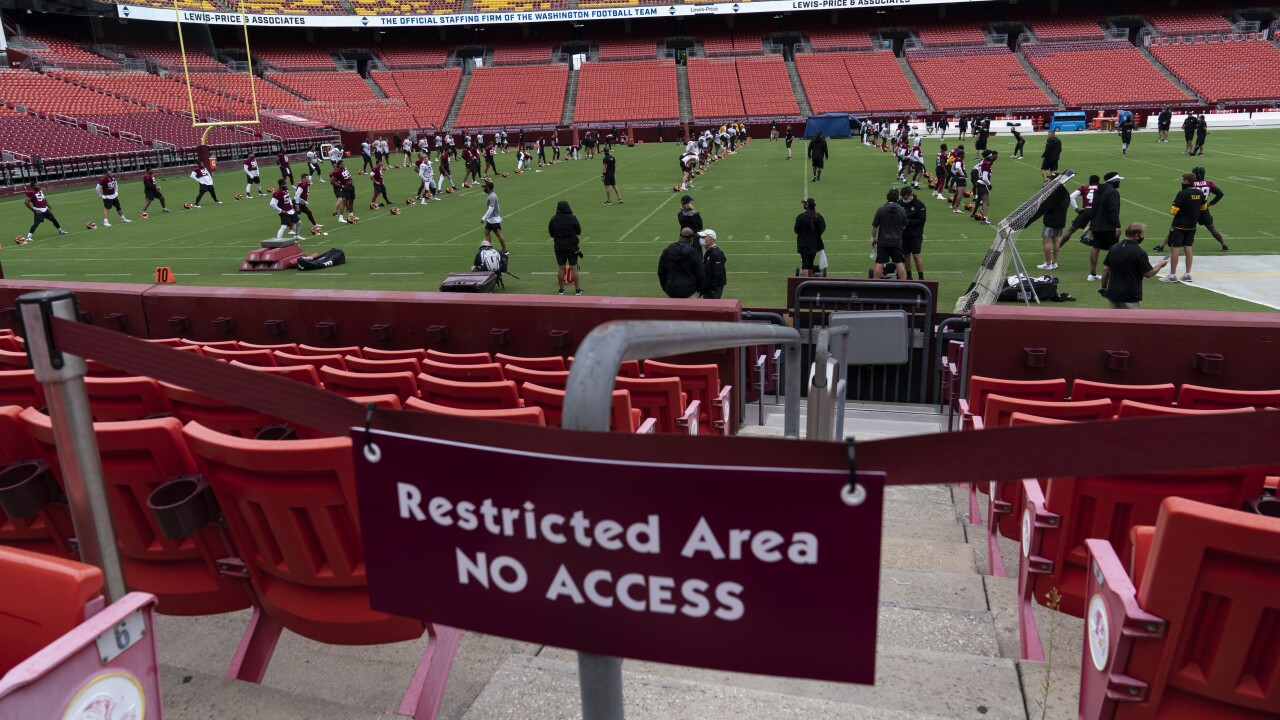 During Monday's workout inside its home stadium, the Washington Football Team piped-in crowd noise - something that is likely to occur during the regular season, too - a regular season that begins Sunday September 13th at home vs. Philadelphia. News 3, Hampton Roads home of the Washington Football Team, was one of a limited number of media outlets given access to the stadium practice.

Following the workout and the conclusion of the fake crowd noise, a very real head coach Ron Rivera chatted with the media following his first appearance inside FedEx Field as Washington's head coach.

"You know, I did think about that when I walked over to the home bench," Rivera admitted. "This is home. I was excited about it. I'm telling you, my memories of playing at old RFK [Stadium] and then coming in here and coaching; I'd love to restore that. The fan base here is something else, it's a special group of people. We have to give them a reason to come and cheer."

That likely won't happen for a while, though - as Washington will start the season without fans in attendance due to COVID-19.

"It was weird," revealed quarterback Dwayne Haskins following the workout. "It just felt like it was practice back at the Horseshoe back in college when we had crowd noises and the fight song and stuff and there was no fans there. But, it was loud. I think the biggest thing is just trying to make the game a game-like atmosphere with no fans in the stadium. I feel like we kind of did that today just with the excitement and having that feeling of just being in the stadium. So, it was a great experience just to be here for the first time without crowd noise. Having the headset and the mic, having to talk a lot in the huddle and just being more aggressive and more demanding out there without the noise out there."

Haskins played in four games at FedEx Field last season. For his fellow Ohio State University product Chase Young, the team's top draft pick in the 2020 NFL Draft (No. 2 overall), it was his very first time inside the stadium as a member of the franchise.

“Well today, the whole process, getting on the bus and getting to the facility, I tried to treat it like I was in the game and it was actually a game day," Young, who grew up just minutes from FedEx Field admitted. "I tried to get my mind right. I tried to do everything just to prepare in terms of locker room, in terms of warming up, just everything—in terms of just that first step on the field, is it as fast as I can go? So, that was really my mindset during the day.”