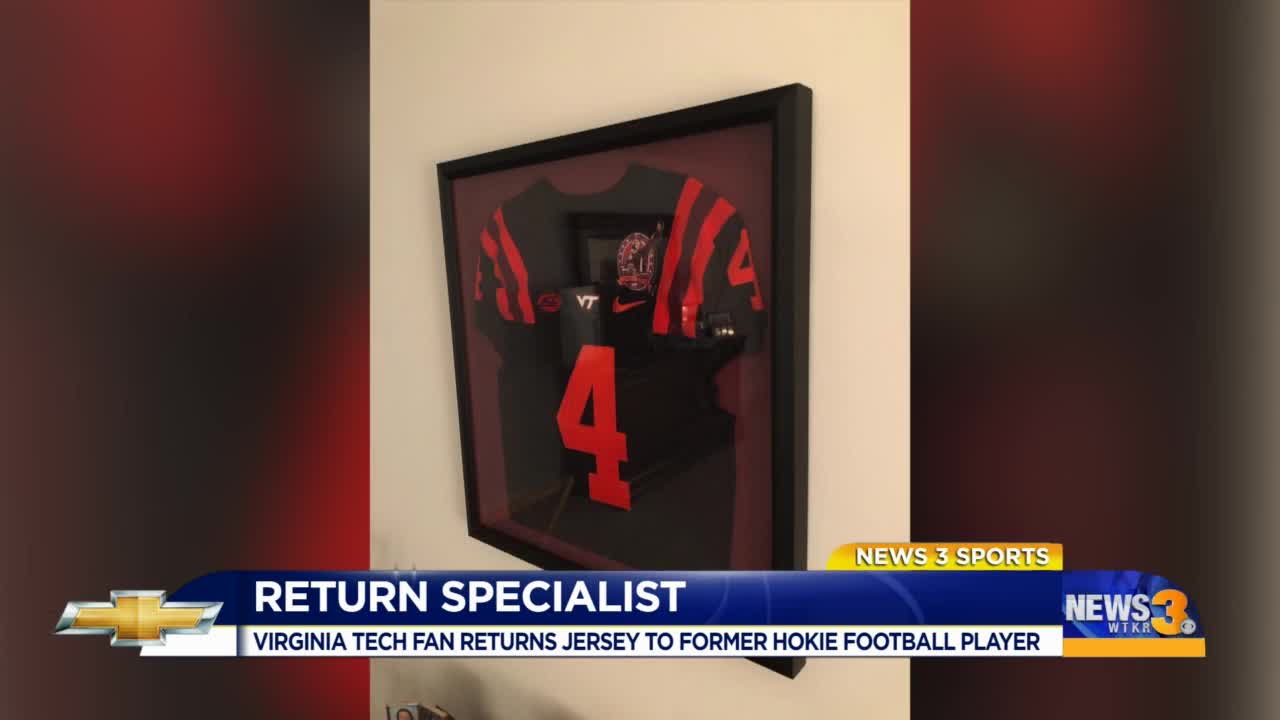 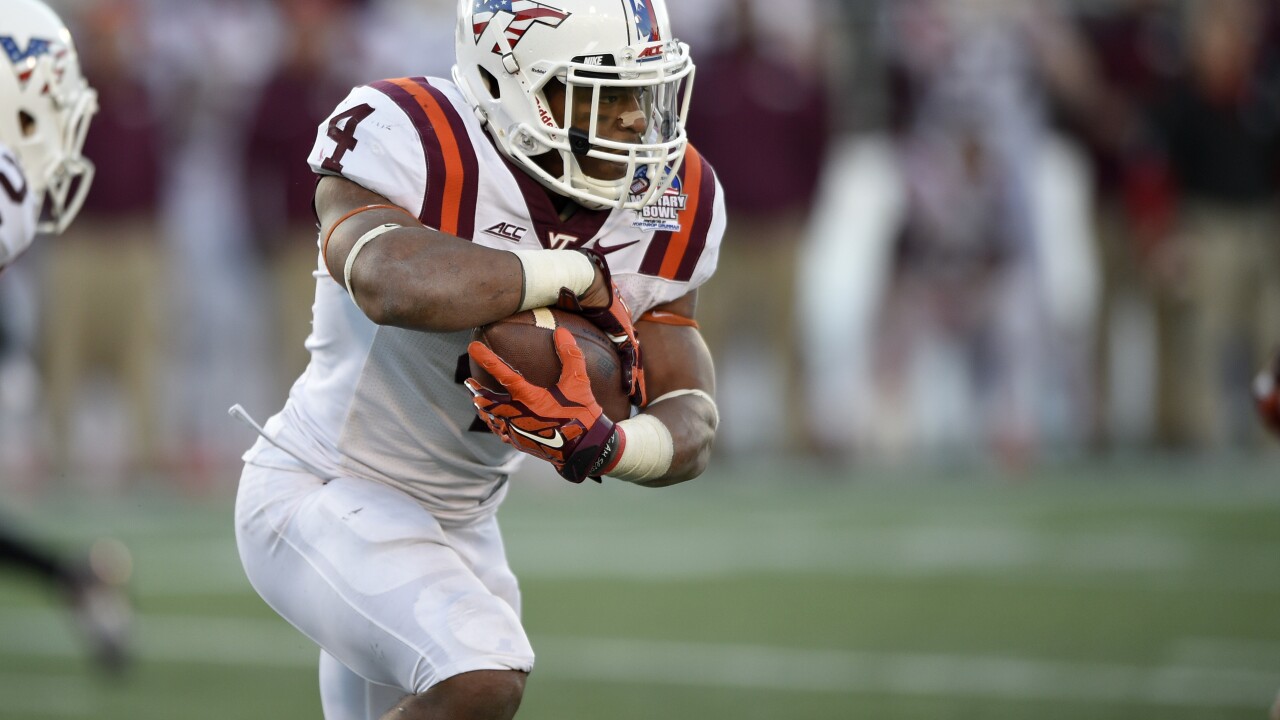 NORFOLK, Va. - As a former Virginia Tech running back, J.C. Coleman knows plenty about being fast.

Quickness, a factor in the way he played, was also a factor in his hunt for the uniform he wore in his final home game as a Hokie thanks to the speed of the internet.

"I definitely thought it was a longshot, but with the power of social media nowadays you just never know," Coleman, an Oscar Smith High School product, said. "My thought process was I'm just gonna toss it out there, I'll tag Hokie Nation and I know the fans will take care of the rest."

With the help of Hokie Nation, it took just 12 hours for Coleman's tweet to receive a response from Virginia Tech alum Scott Luxton, who bought the jersey a few years ago at an auction.

"I’m not a big Twitter person," Luxton said. "My daughter saw it and was like dad, this is your shirt, you gotta call him."

This isn't the first meeting between the two. Luxton says he briefly chatteed with Coleman a few years ago at a Hokies fundraiser event, where he forshadowed Coleman being reunited with the jersey.

"I showed him a picture of it and said someday I'm gonna give this to you, but I'm gonna hold on to it for a while," Luxton said.

That conversation will soon culminate in Luxton dropping off the jersey with Coleman, a cicumstance that they each say represents what it means to be a part of Hokie Nation.

"As much as it means to me, he’ll be so hyped to get it," Luxton said. "It wasn’t even a question. It’s just kind of the Hokie way. We’re probably 30 years difference in age but we’re connected by our love of the school."

Quick on the field and quick to show his appreciation after capitalizing on the chance to be reunited with a sentimental piece of Tech treasure.