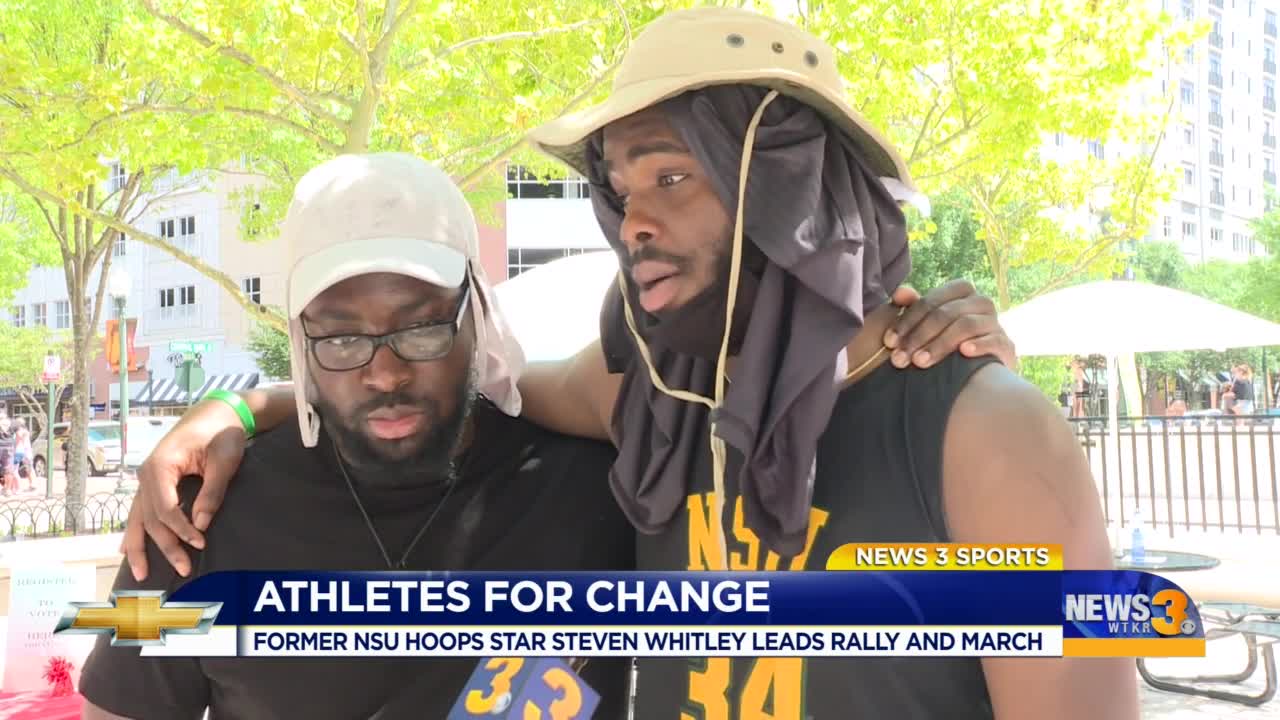 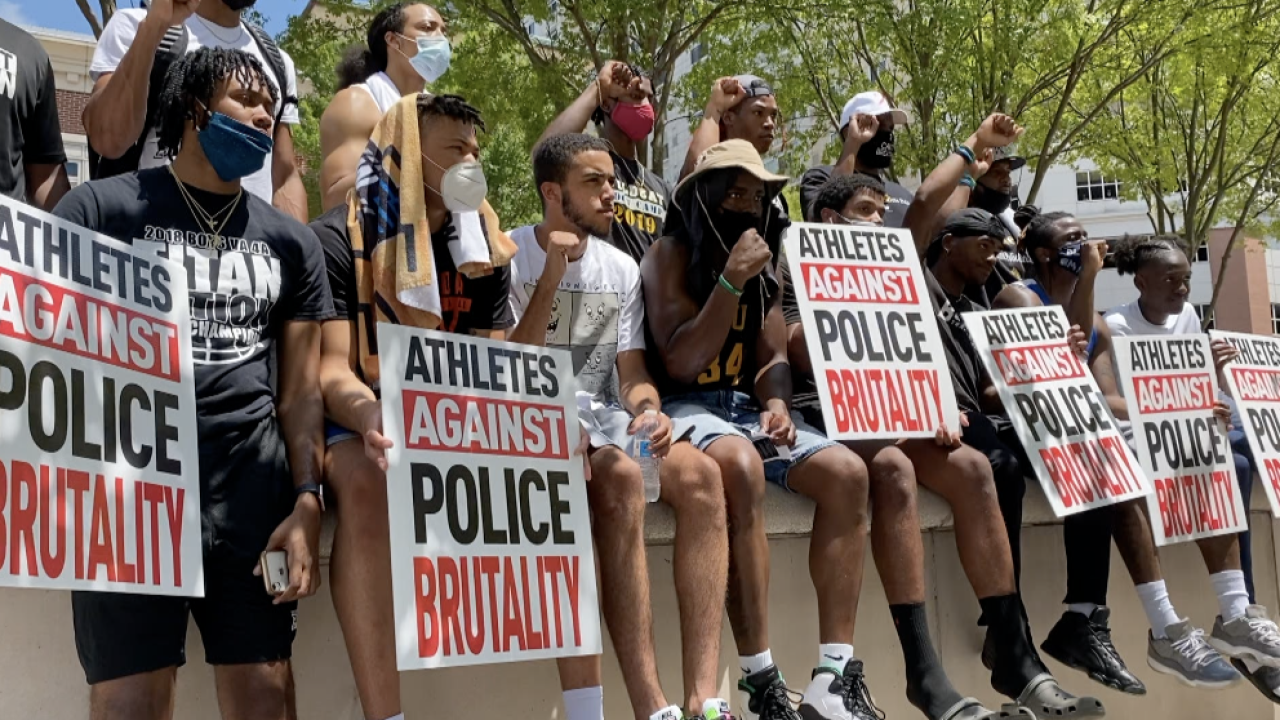 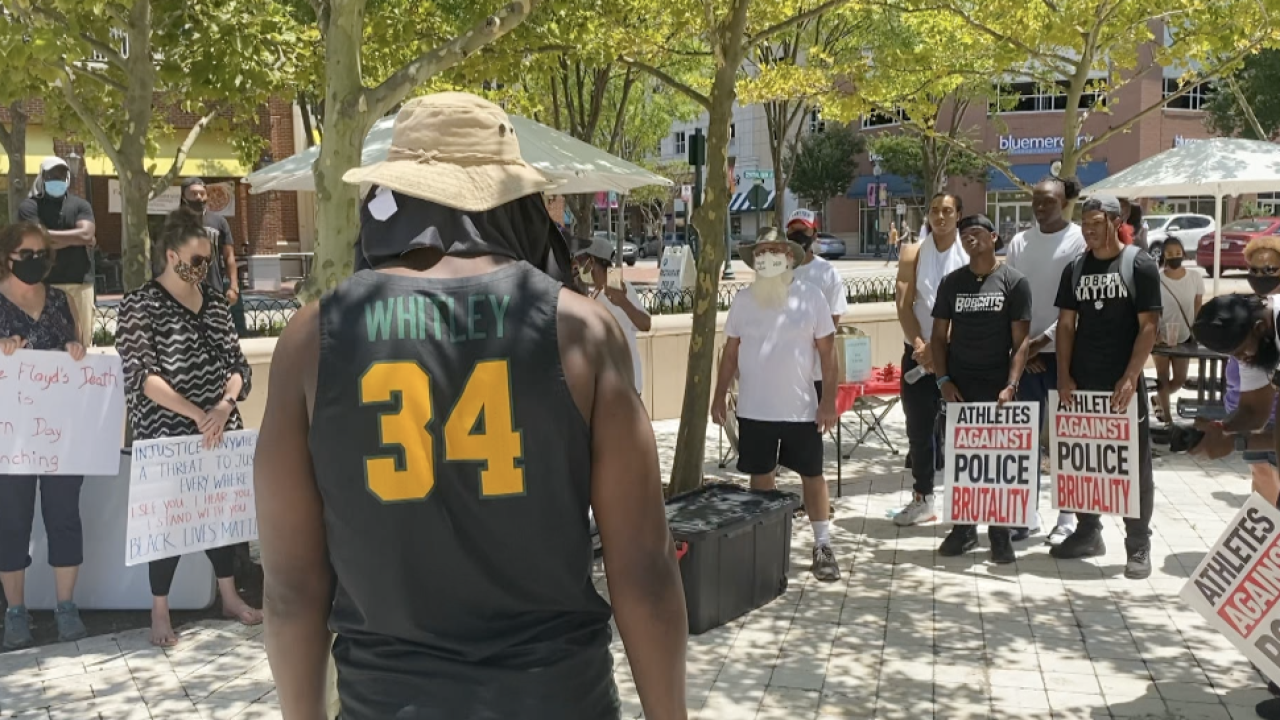 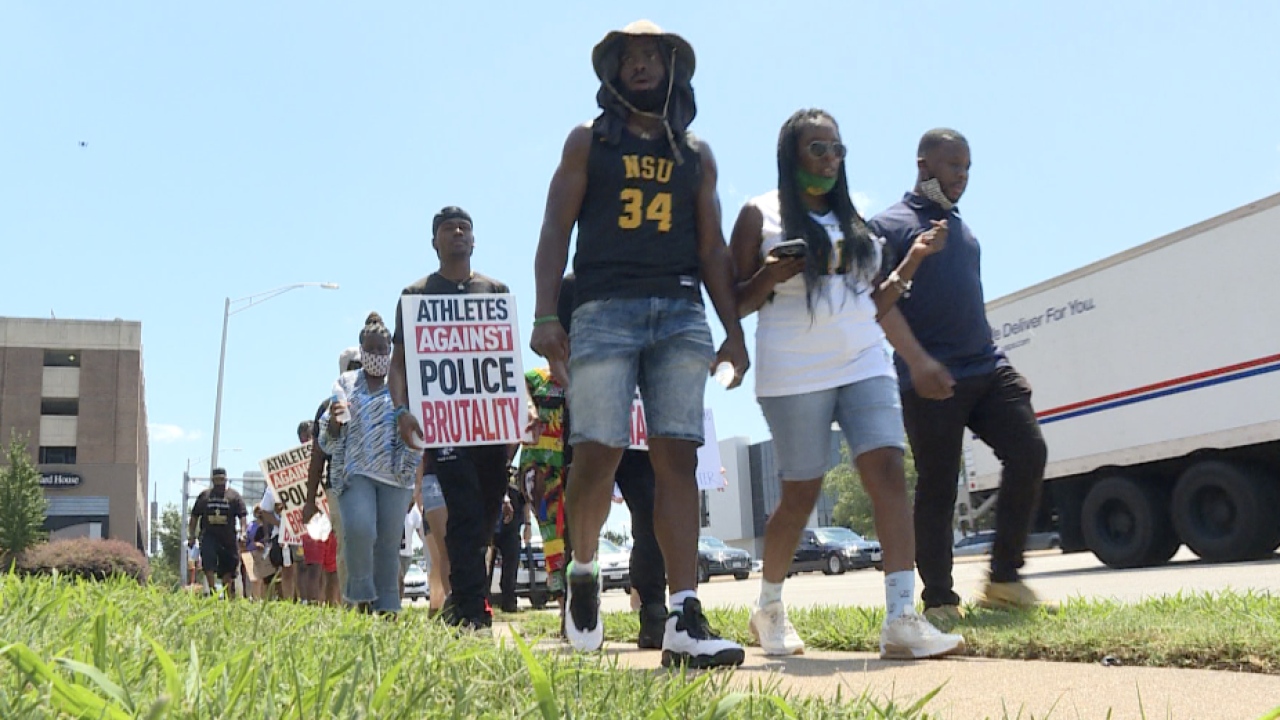 The three-year NSU captain is used to leading, but instead of leading on the court in a pregame huddle, Saturday's huddle was a group of athletes who gathered at Virginia Beach's Town Center.

The idea for Saturday's event came from coaches who thought athletes should come together and use their voices for change. They reached out to Whitley, who they thought would be the right guy to lead the charge.

"They know I’m a leader and a lot of people look up to me," Whitley said. "I took that idea and when they presented it to me I ran with it. I'm here to make a difference, make a change."

"I think it’s very important to use our platform as athletes," Hampton basketball player Marquis Godwin said. "People look up to us, people listen to us and watch our actions very closely, so what we do is very impactful to the community.”

Today marked the first time Whitley's taken on the role of activist, but he says it certainly won't be his last.

"This is not the last thing I will be doing on behalf of making a difference."