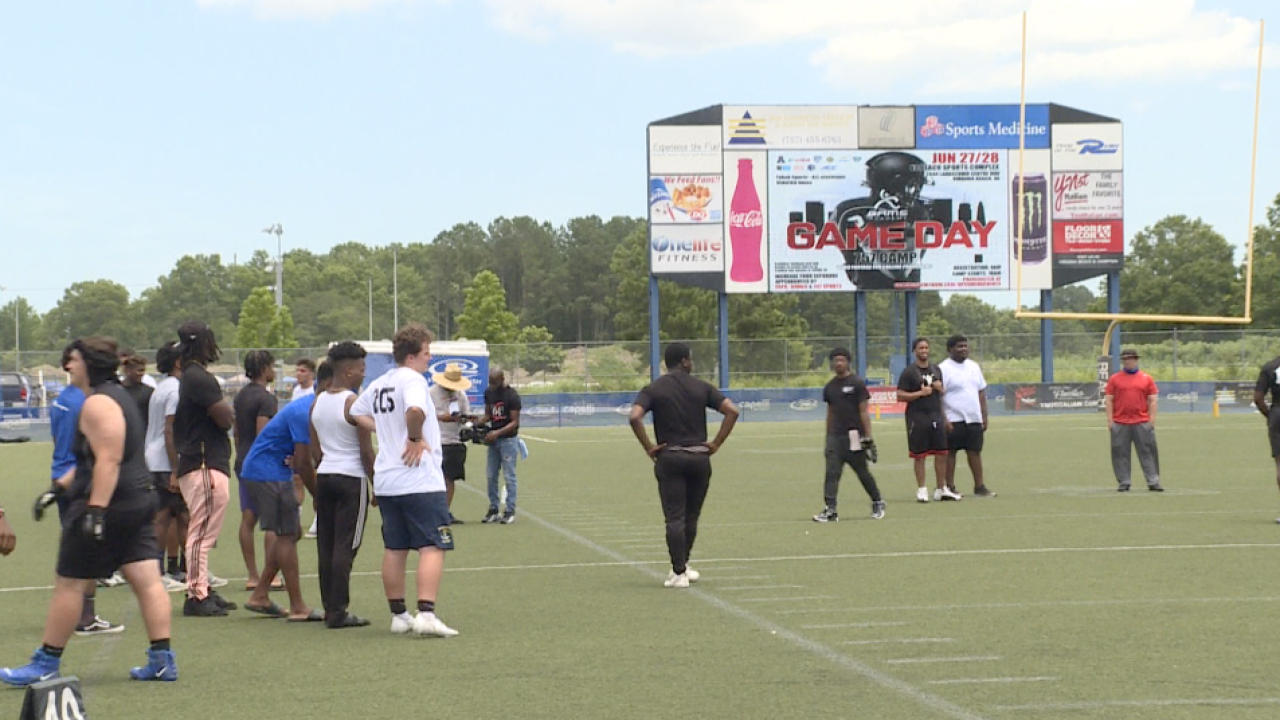 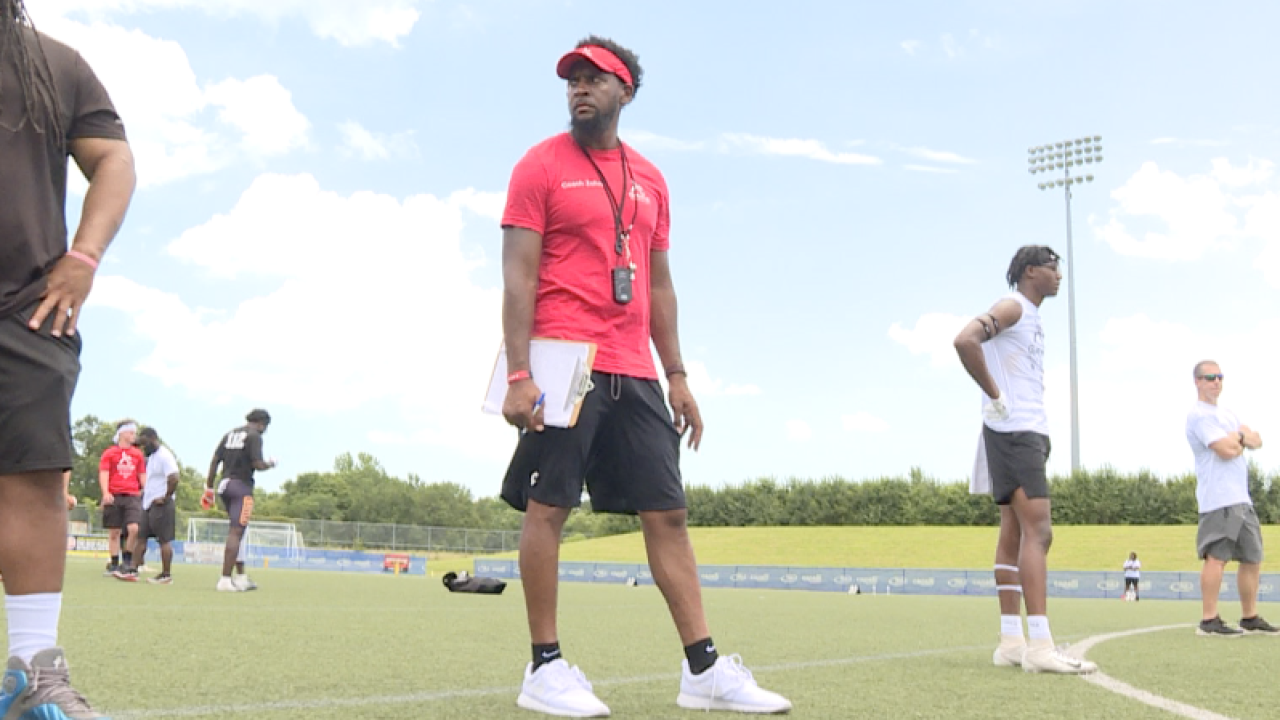 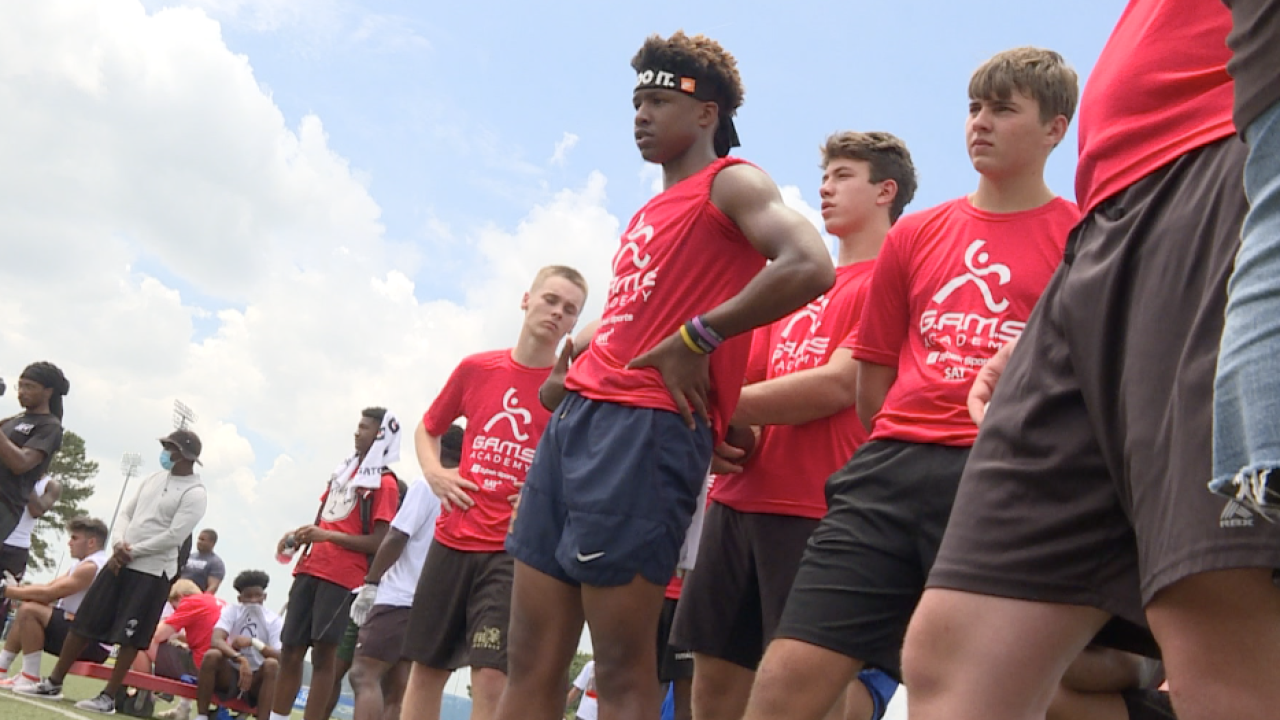 VIRGINIA BEACH, Va. - Over the weekend, there was no masking the excitement many football players were feeling as they were back on the gridiron for the first time in months.

"For them to be back out here this weekend, everyone’s excited," G.A.M.E. Academy founder Zohn Burden said. "The players have a different type of energy out here."

"Taking trash, getting back to the usual," Princess Anne High School defensive back Tony Grimes said.

Local high school football players showed off their skills at G.A.M.E. Academy's camps, which not only provide athletes with an opportunity to work on their skills, but also a chance at college exposure. Film from the weekend is sent out to college football programs.

The camps are put on by Zohn Burden, who's just to guy to be preparing high school recruits for the next level because he used to be a college coach.

Help with the recruiting process is much needed right now because the NCAA's dead period has been extended through August 31st. Athletes are unable to take school visits and college coaches are unable to have any type of face-to-face interactions with recruits or their families.

"We knew that they wouldn’t have the opportunity to go to college campuses and that’s where a lot of scholarship opportunities happen" Burden said. "We're basically being the liaison between the high school athletes and the college coaches."

"Some people don’t have that much exposure to the recruiting process and this will really help," Oscar Smith safety Sherrod Covil said.

As fear over a future spike in coronavirus cases threatens this fall's high school football season, these athletes won't let an opportunity to help their recruitment process slip away.