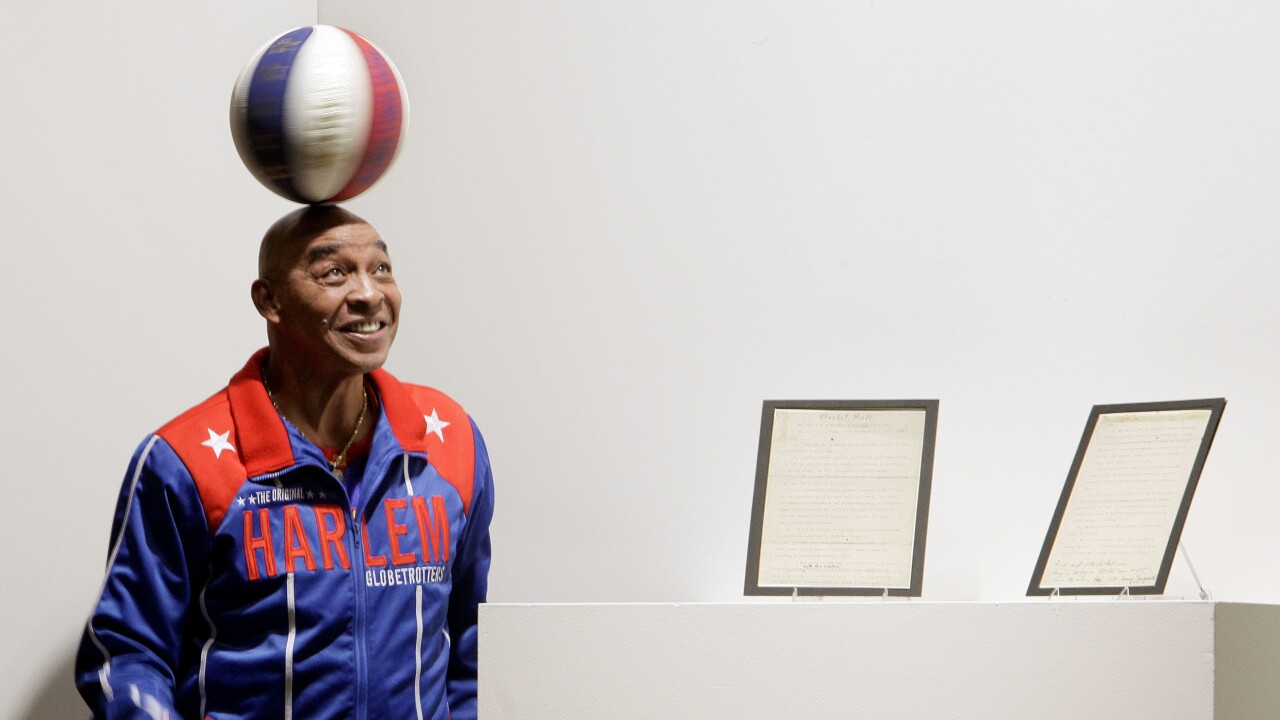 Richard Drew/ASSOCIATED PRESS
Former Harlem Globetrotters basketball player Curly Neal spins a ball on his head prior to the bidding for the Naismith Rules, the original rules for basketball, framed at right, at Sotheby's in New York, Friday, Dec. 10, 2010. (AP Photo/Richard Drew)

The Harlem Globetrotters website said Curly was "One of the truly magical dribblers and shooters in basketball history."

Curly was a recipient of the Harlem Globetrotters' prestigious "Legends" ring which is presented to people who have made a major contribution to the success and the development of the Globetrotters organization.