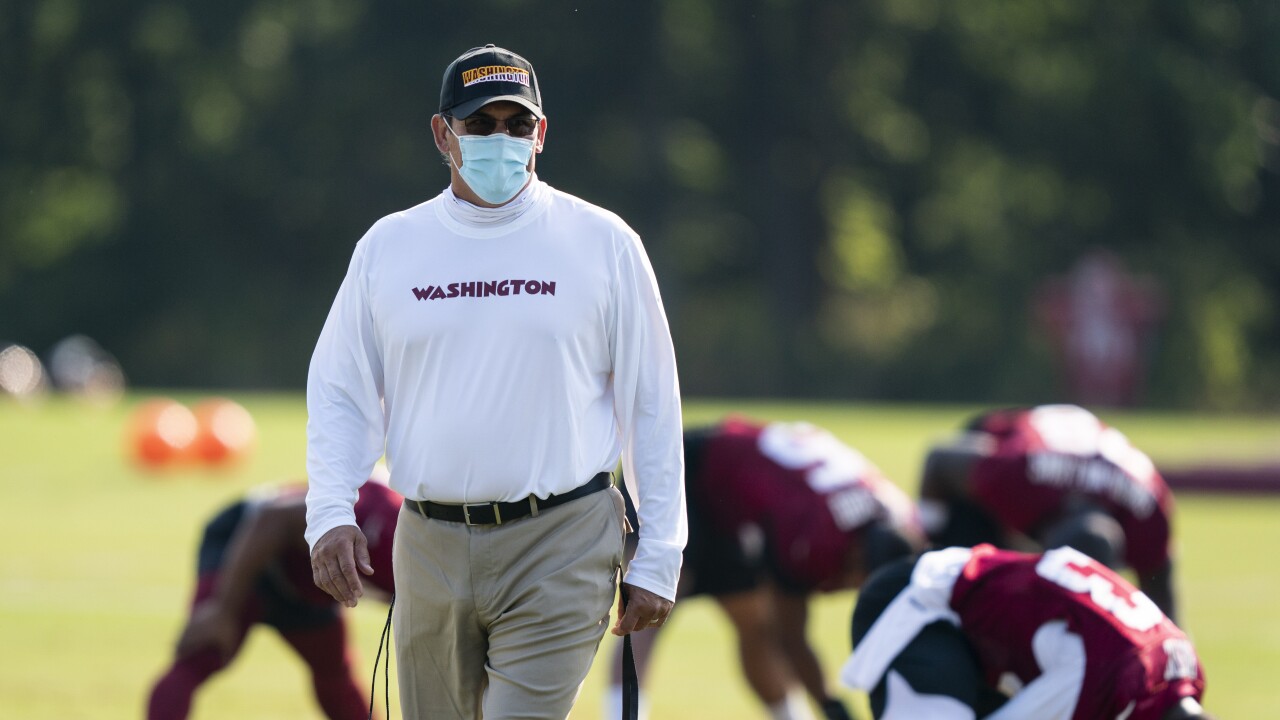 LOUDOUN COUNTY, Va. - Five days before his head coaching debut with the Washington Football Team, Ron Rivera was absent from Tuesday's practice. The Washington bench boss began his treatments for cancer, with which he was diagnosed last month. Defensive coordinator Jack Del Rio ran the team in Rivera's absence.

“We’ve got all our plans laid out, and we carried on as normal," Del Rio, a former head coach in the NFL, told reporters after the workout. "I tend to the things that needed to be tended to. It was pretty much business as usual.”

Rivera is undergoing treatment for Squamous Cell Carcinoma (SCC). The team learned of Rivera's Tuesday absence two days ago, according to Del Rio - who is also in his first season with Washington's staff.

"When Coach said he’s going to be out and I need to step in, I said: ‘I’ve got you Coach," Del Rio added. "I’m just going to carry on his message. I understand what he’s looking for. I’ve been in this role before with Coach [John] Fox in Denver. We all tend to our business and take care of our responsibilities. If there’s anything that’s needed on the head coach side, then I step in and handle those duties. So, pretty seamless, I think. I thought our guys reacted and we had a good, solid practice today.”

Washington opens its 2020 season Sunday at home vs. Philadelphia.