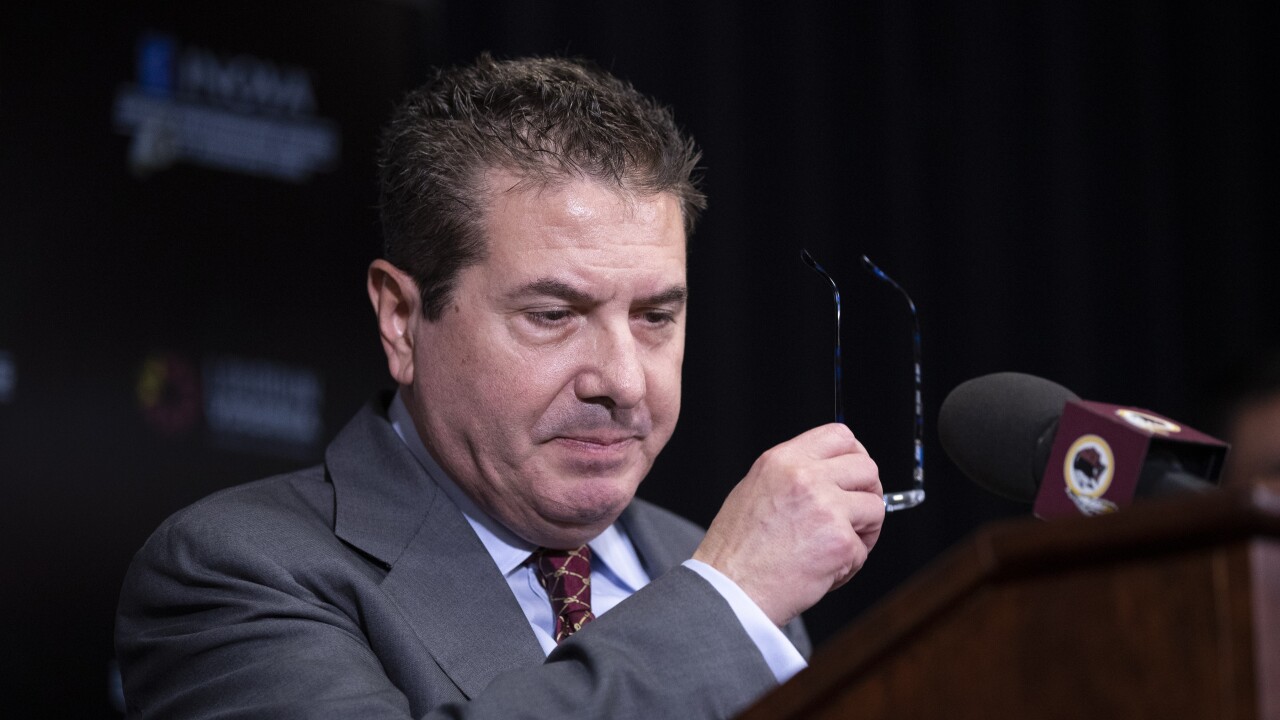 WASHINGTON - Four days after meeting with NFL executives, lawyers Lisa Banks and Debra Katz sent a letter to Daniel Snyder Friday notifying the Washington Football Team owner of their intent to file a lawsuit after reviewing what they say are "highly-sexualized and exploitative videos" of team cheerleaders. The alleged lewd videos were detailed in The Washington Post last month.

In August, The Post reported 15 female former employees saying they were sexually harassed during their time with the team.

The firm of Katz, Marshall & Banks says, "the surreptitious creation and likely dissemination of these videos that sexually exploit and demean female employees gives rise to civil violations under Virginia law." Additionally, the attorneys, in a letter, demand Snyder preserve any evidence pertinent to the lawsuit. The lawyers say potential evidence "includes, but is not limited to, all records, databases and associated metadata, documents maintained in hard copy or electronic form (including metadata), email, telephone records, voicemails, security tapes, text messages, instant messages, chats, slacks, and other Internet-based or social-media communications, cloud storage, as well as removable digital media such as external hard-drives or flash drives (including materials backed up or stored on the Team’s servers)."

Friday, Banks and Katz, who represent more than 20 former employees of the team, sent another letter to Snyder calling on him to fully release all former employees from what they say are "onerous non-disclosure agreements (NDAs)." The attorneys are seeking the opportunities for their clients "to speak freely about the toxic and sexually hostile work environment they experienced under his leadership."

Snyder, according to the attorneys, has already agreed to a release of employees from their NDAs for the limited purpose of speaking with investigators as part of the National Football League’s investigation into the team.

Snyder vowed to change the culture inside the organization amid 42 women speaking out about their experiences working for Washington. In July, he said after the investigation was complete the team “will institute new policies and procedures and strengthen our human resources infrastructure to not only avoid these issues in the future but most importantly create a team culture that is respectful and inclusive of all.”

In a separate statement, the team said it was “deeply distressed by these terrible allegations and (is) committed to investigating them fully.”