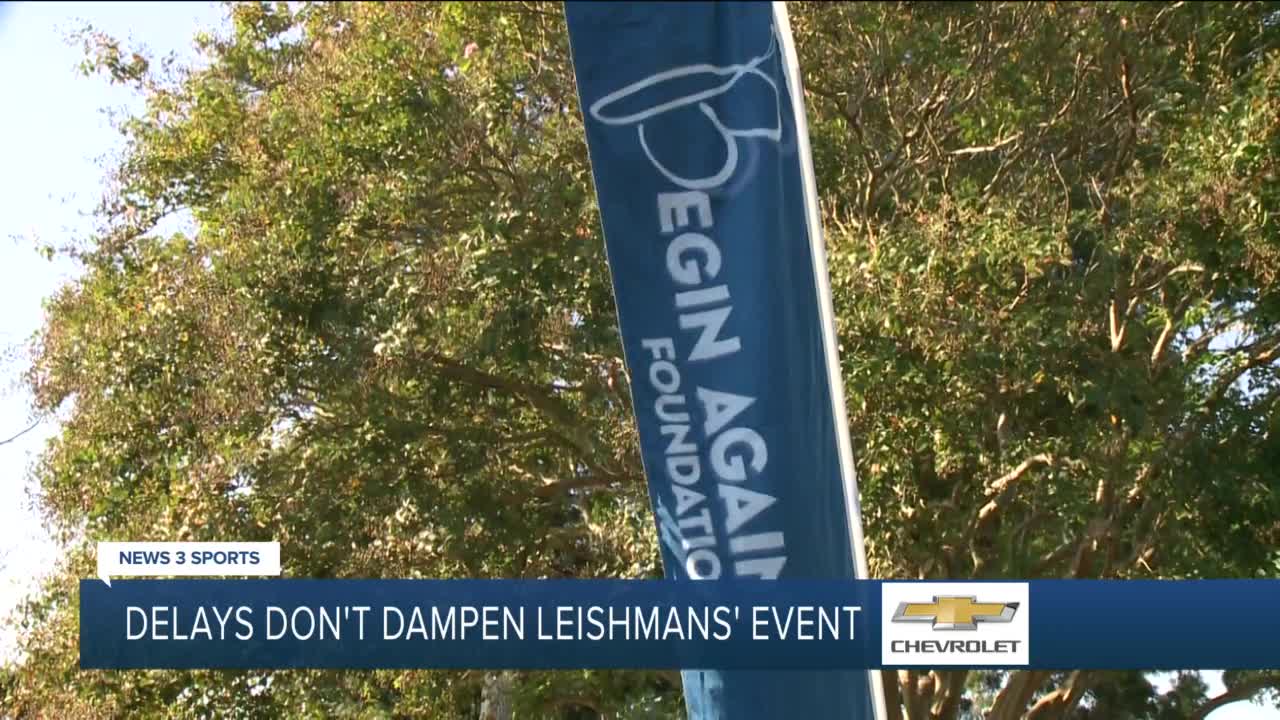 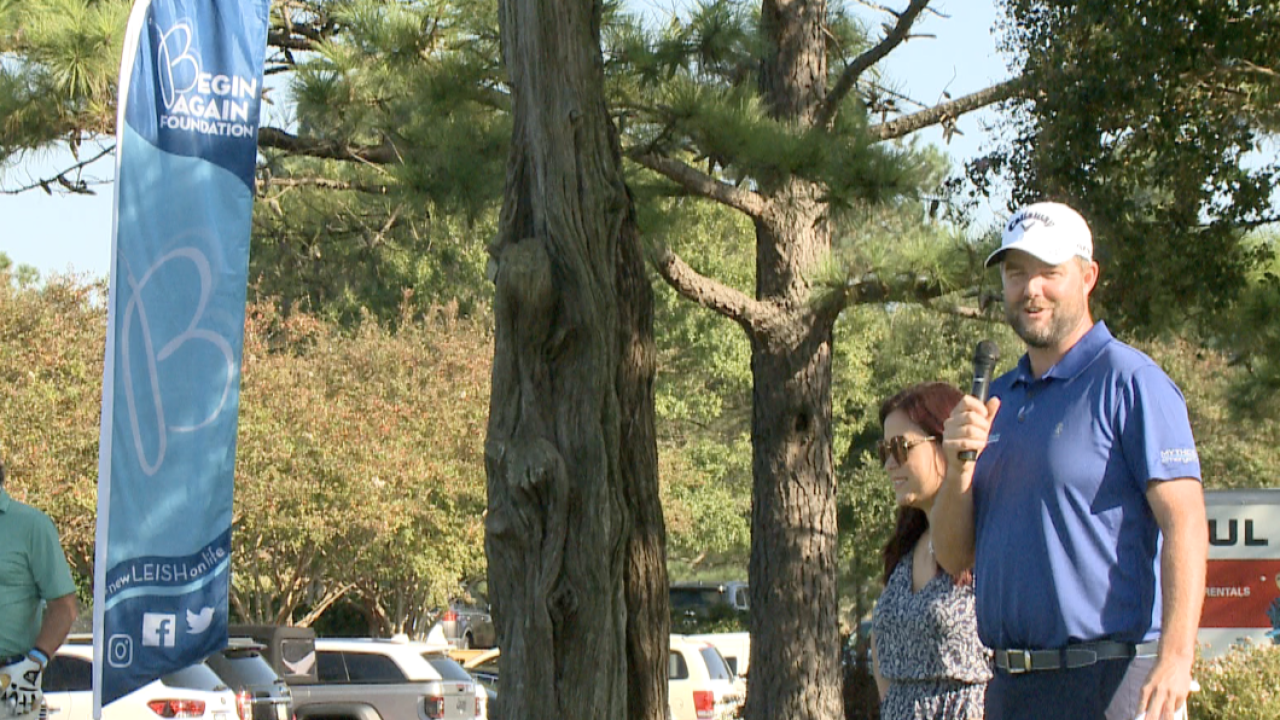 VIRGINIA BEACH, Va. - Charity golf events are known for fun, not frustration. But if anything is, indeed, difficult - it's the golf, with its sand traps and water hazards. However, this year, the tournament itself is a challenge for Virginia Beach PGA TOUR pro Marc Leishman and his wife, Audrey.

"We're lucky to be here with all that's happening at the moment," Leishman, the No. 26 golfer in this week's Official World Golf Rankings, said Monday.

The Leishmans launched their charity, the Begin Again Foundation, after Audrey nearly lost her life in 2015 due to Sepsis, Toxic Shock Syndrome and Acute Respiratory Distress Syndrome. The foundation's mission is to bring life’s most pressing needs to families experiencing medical and life crises.

The date of the 2020 edition of the Begin Again Celebrity Classic, the foundation's fifth annual charity golf tournament and a massive fundraiser, had to be changed twice due to COVID-19.

"It's hard to have a finish line with a moving target," Audrey Leishman, the foundation's co-founder and Marc's wife, admitted.

The 2020 Begin Again Celebrity weekend, encompassing the Celebrity Classic and the New Beginnings Gala, was originally scheduled for April 19th and 20th. On March 23rd, the event was moved to September 13-14. Less than a month later, as the PGA TOUR revamped its schedule amid COVID-19, the Begin Again Celebrity weekend was shifted to September 27-28. Finally, on August 13th, the New Beginnings Gala was scrapped due to pandemic restrictions.

However, despite the difficulties, celebrities and supporters stayed true to the Leishmans and their cause by turning-out and teeing-up Monday at Bayville Golf Club in Virginia Beach.

"They've turned a big negative into a massive positive," Cameron Smith, No. 52 in the Official World Golf Rankings and one of Marc Leishman's best friends, said Monday. "They're trying to help people out, and that's why we're here."

"Audrey beat all of the odds," CBS Sports reporter Amanda Balionis pointed out. "And she not only survives and is thriving, but she is using that traumatic moment in her life to better other people's lives."

The shuffling of the dates worked out in the end for Marc and Audrey. Not only was the tournament conducted with beautiful weather Monday in Virginia Beach, but it was played in September rather than April. Why is that significant? Earlier this month, September officially became Sepsis Awareness Month in Virginia thanks to Audrey Leishman's efforts.

"Audrey did a huge thing there with Governor Northam," Marc said smiling. "That was pretty impressive, and I'm very proud of her for that. The support from all my friends and people I've never met before - for them to come here and support us really means a lot."

"For people to trust me and us with their hard-earned money, for them to trust me to do good with it - that means more to me than i can ever express to them," Audrey admitted.

The Leishmans know helping others often requires working around challenges, and not just the sand traps and lakes on a golf course.