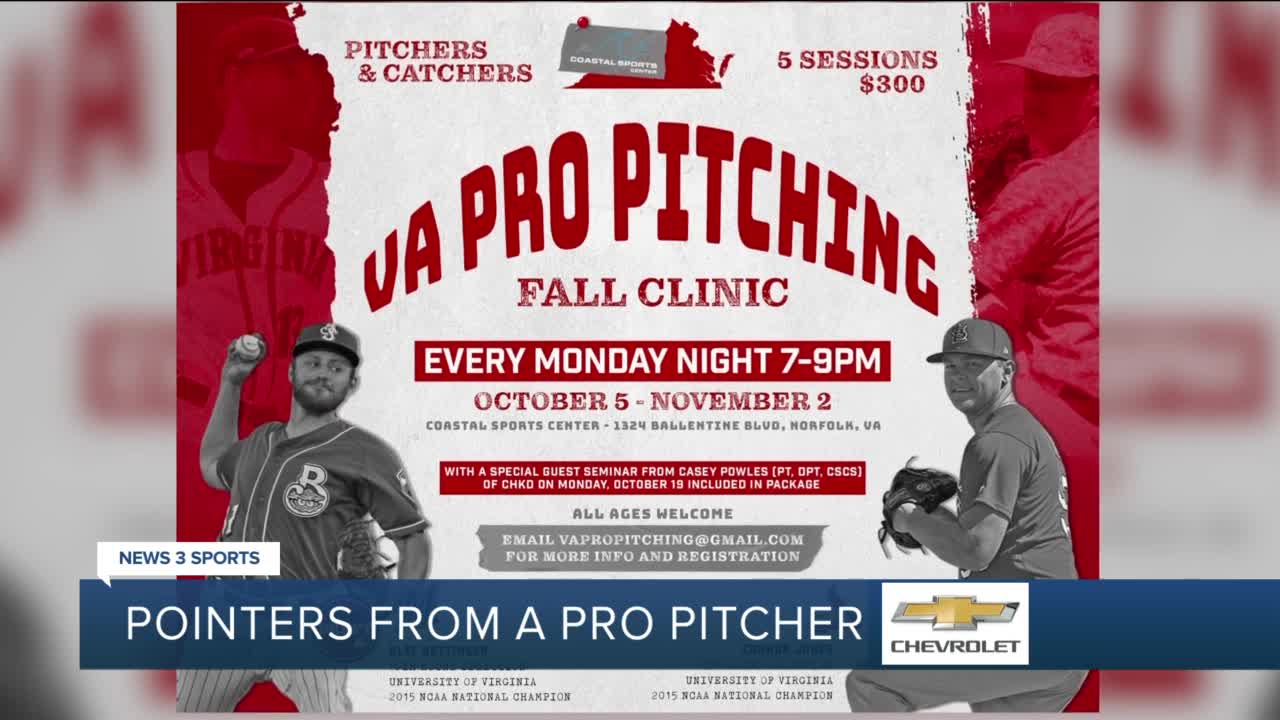 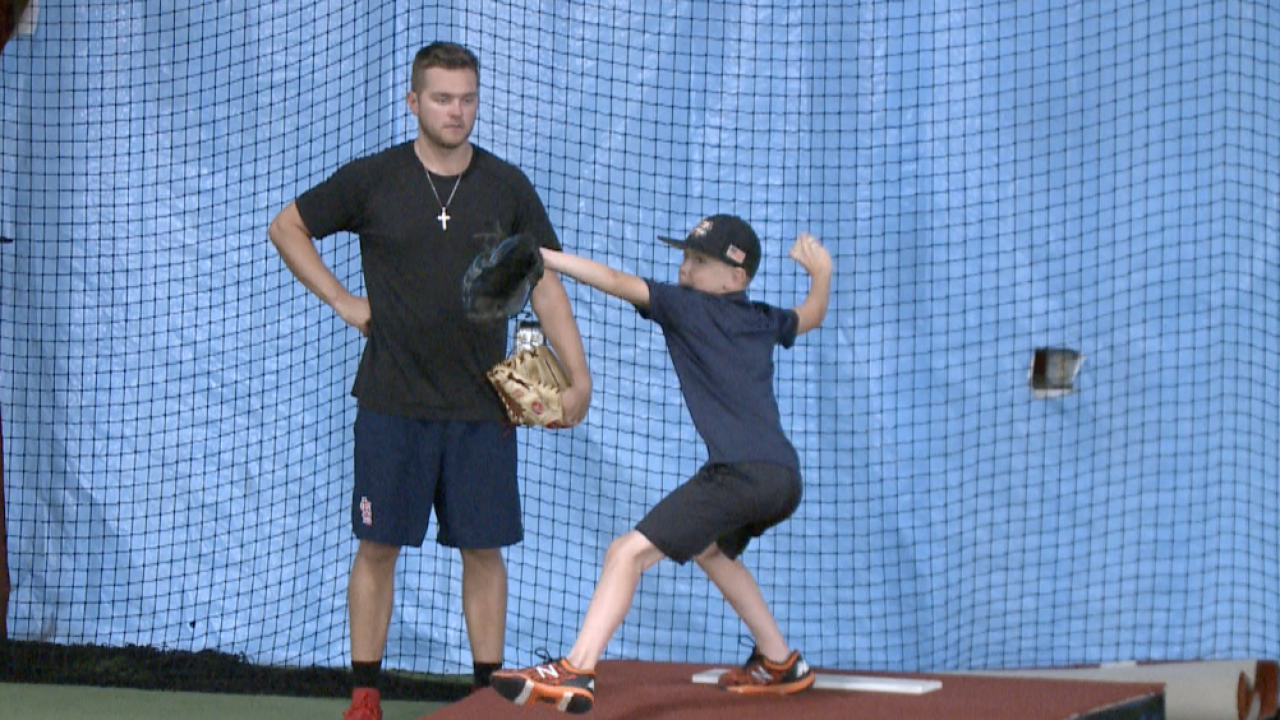 NORFOLK, Va. - Chesapeake's Connor Jones, a professional pitcher in the St. Louis Cardinals organization, has a reminder written on his glove from a while back. It says: CHALLENGE.

"I was in a really bad spot in my professional career," Jones explained. "Fortunately I'm far removed from that now - for the better. That was a mental cue for myself."

The slump may be in the past, but Jones currently finds himself staring a different challenge.

Because the Minor League Baseball season was canceled due to COVID-19, the former UVA standout has not pitched in a meaningful game in nearly a year.

"I'm ready to go," Jones told News 3 Sports Director Adam Winkler. "I'm as good as I've ever been. From that aspect. I'm fine. Other than that, there's not much else I can do."

Not much he can do for himself. So, Jones is working with others on the pitcher's mound. The Great Bridge High School product teaches lessons at Coastal Sports Center in Norfolk multiple days a week.

"I think it's kept me sharp, mentally," Jones, the 70th overall selection in the 2016 Major League Baseball Draft, admitted. "It's also reinforced what I learned this offseason myself. I know the impact of what having a good coach can do."

Connor's pitching coaching continues at Coastal Sports Center this fall, and he'll team-up with a former UVA teammate and fellow NCAA champion to do it. Alec Bettinger, who pitches in the Milwaukee Brewers organization, will join Jones for a fall pitching clinic every Monday night from October 5th to November 2nd.

"Alec and I, we make up Virginia Pro Pitching," Jones explained. "We're bringing in Casey Powles from Children's Hospital of the King's Daughters (CHKD), he's the baseball specialist there. [Coastal Sports Center co-director] Topher Ellis is going to run all the catchers at our clinic. There's going to be a lot of really bright minds under one roof - it's going to be awesome."

For Connor, the CHALLENGE on his glove is past tense. And as he navigates his present situation, he's also helping the game's future.

"I've got some kids that are going into high school now that I've worked with for a year," Jones noted. "If one of those kids commits to a college or something, that would be something I'm really really proud of."

The five-session Virginia Pro Pitching fall clinic for both pitchers and catchers costs $300. Email VaProPitching@gmail.com to inquire or register.