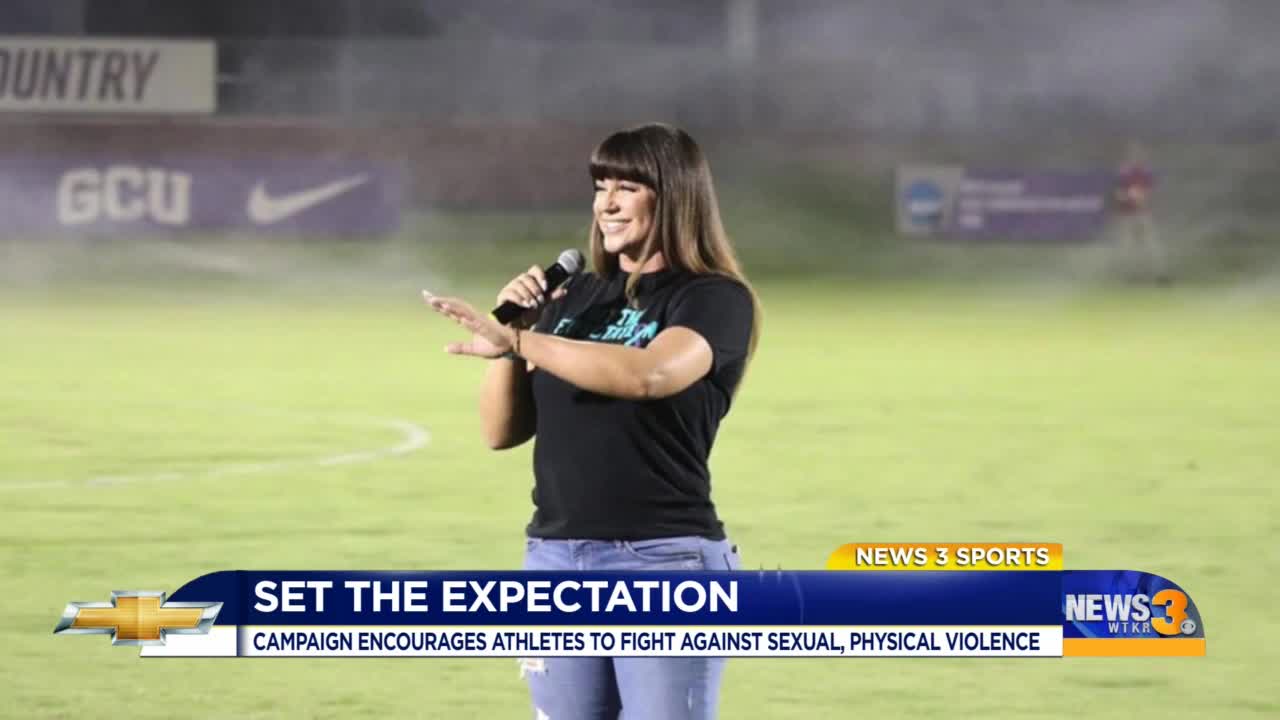 Brenda Tracy is making sure college football teams aren't leaving out the expectation that sexual and physical violence are never okay.

"I wanted to give coaches a way to draw a line in the sand and say this is my expectation of you," Tracy said. "If you go over that line, then you lose the privilege of playing on this team, representing this team."

Tracy is the founder of #SetTheExpectation, a nonprofit and campaign that works to inspire players and coaches to become involved in the fight against sexual violence.

As the survivor of a gang rape by football players, Tracy came forward with her story in 2014 and two years later the nurse-turned-public speaker started speaking to college football programs all around the country.

"I actually share my story of gang rape by college football players in graphic detail. It’s extremely uncomfortable for me. I usually always cry will recalling the events," Tracy said. "You can hear a pin drop in the room. Everybody's very, very quiet and then I kinda get to a point where I start to transition kind of about my advocacy work and that kind of thing. I say to them I'm not here because I think you’re the problem, I'm here because I know you’re the solution.”

One of the men who have become a part of the solution is Washington Football Team 2020 draft pick and defensive end James Smith-Williams, who is #SetTheExpectation's first NFL ambassador.

The former North Carolina State standout met Tracy after she spoke to his Wolfpack football team in 2019. Within a month, Smith-Williams was organizing a donation drive with a local domestic violence shelter.

"For me that was like not only did he get it, but he just on his own got active immediately," Tracy said.

Smith-Williams isn't afraid to speak up, even as an NFL rookie, and recently spoke up on Twitter after the Washington Post reporter that former women employees and journalists accused the team staffers of sexual harassment and verbal abuse. In park of his tweet he says, "It falls on the good men to speak up and help out wherever and however they can," a point that Tracy stresses when addressing teams.

"Most sexual violence is perpetrated by men," Tracy said. "But at the same time, most men will never perpetrate sexual violence, so I think part of the work that I do is getting good men to understand that this is your issue, so it's really about men getting involved."

Getting involved and setting the expectation.