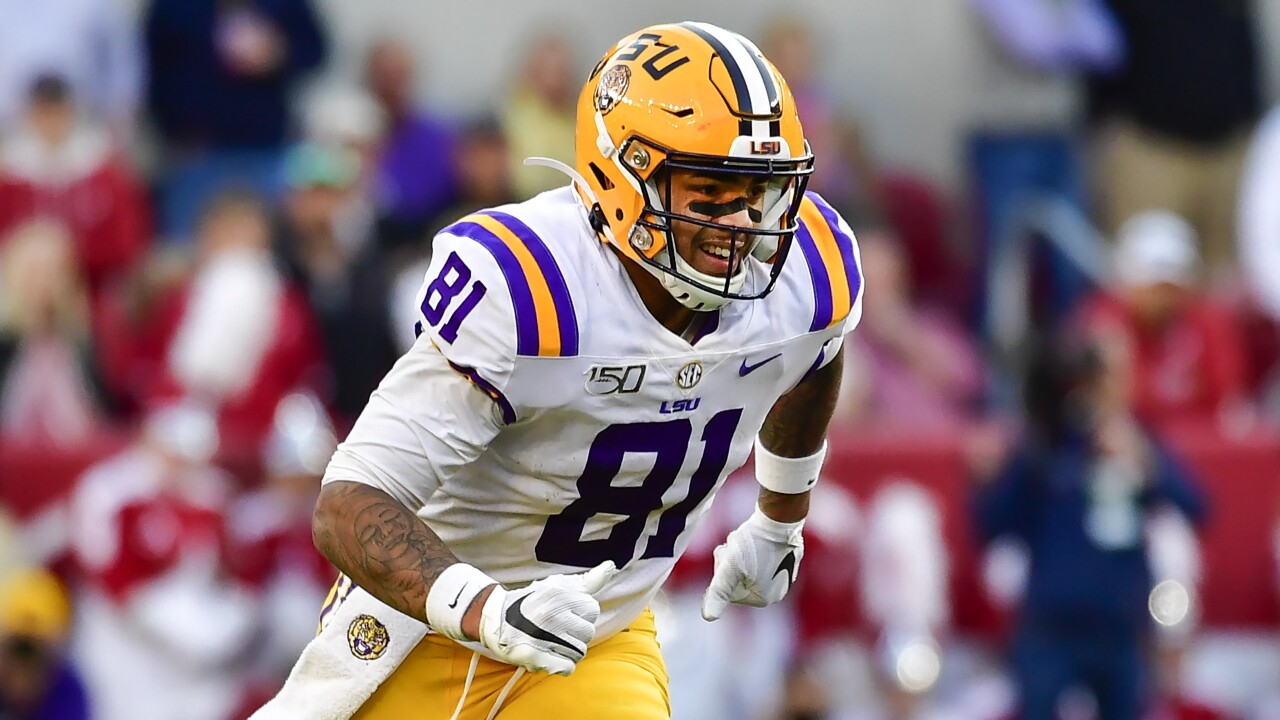 "They're getting a hell of a coach," Moss told News 3 Sports Director Adam Winkler via a Zoom press conference the Redskins hosted Wednesday. "I can't say enough good things about him."

The Tigers, en route to the 2019 national championship, led the nation in total offense, scoring offense and red zone offense in 2019 and finished second in passing offense. Decoster coached Moss, the most-productive tight end in LSU history. Moss, signed by the Redskins after going unselected in the 2020 NFL Draft, was a key part of LSU’s record-setting offense as a pass-catching threat and effective blocker in running situations. He holds the LSU single-season record for receptions (45) and receiving yards by a tight end.

"ODU is getting a young coach, a real active coach," Moss added. "He can relate to his players. He's a players coach. He's a hell of a recruiter. I love Coach Decoster. When I got to LSU, he was the first guy I talked to."