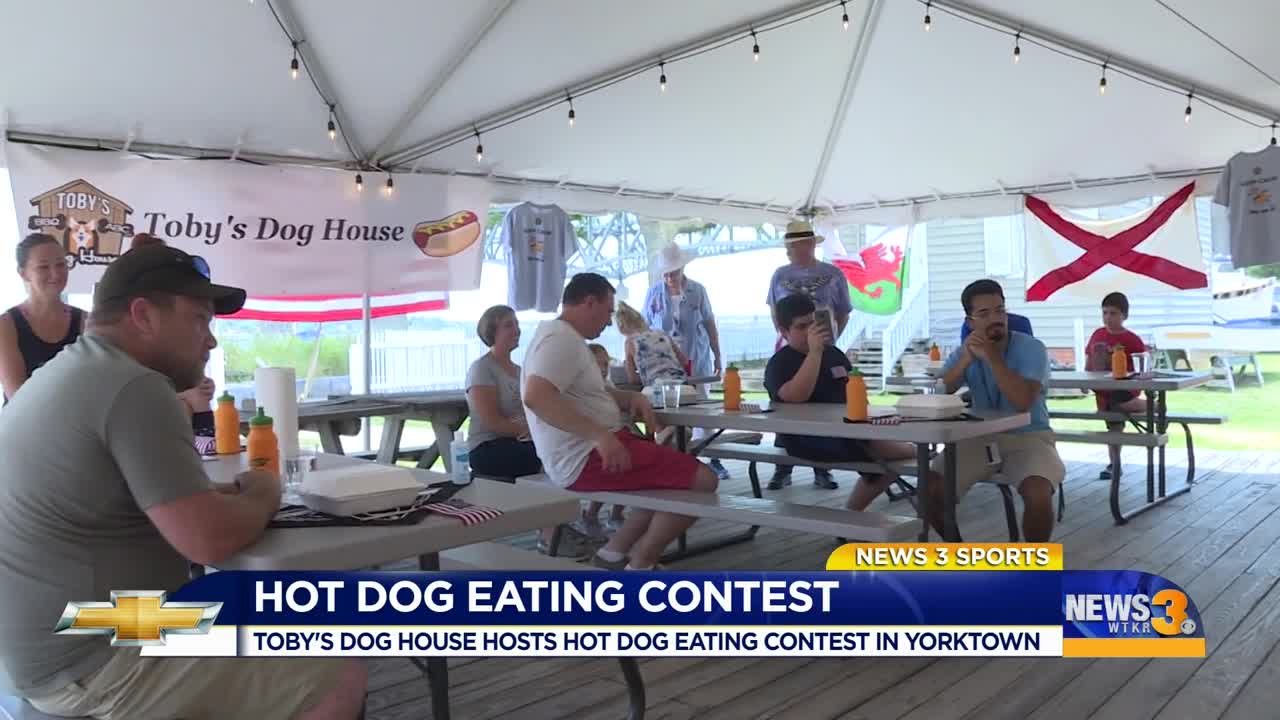 YORKTOWN, Va. - Nothing says Fourth of July quite like people stuffing their faces with hot dogs.

This time of year is the pinnacle of hot dog eating contests and while Joey Chestnut and Miki Sudo remain the top dogs at teh Nathan's Famous Hot Dog Eating Contest, Yorktown crowns a champion of its own.

"I’ve been a big fan of the Coney Island Nathan’s hot dog challenge for a number of years and when I started my business in Williamsburg, Tony’s Dog House, it just was a natural thing to think of and everybody’s very enthusiastic about it," Tony's Dog House owner Glenn Helseth said.

Toby's Dog House has hosted the annual contest in Yorktown for five years.

The rules are simple: be the first contestant to finish five hot dogs and you're crowned the winner.

"Dunking a hot dog, especially the bun rather, makes it easier to get it in your mouth faster and swallow it faster," Helseth said. "Only a couple of people have learned that technique. Today’s winner definitely had that technique down pat."

"I was thirsty, so I figured it would be easier to dip it and take a drink at the same time," contest winner Jon Rinker said.

In a close finish between two contestants, Rinker was first to finish, waving the flag that signals he's finished every last bite. Like many winners before him, he hadn't even gone into the day with plans of competing in a hot dog contest.

"Our contestants have always been rookies, people have just stumbled upon it," Helseth said. "It’s new to most people and they just want to jump in and have a good time."

"We were stumbling upon it and my daughters and wife talked me into doing it," Rinker said.