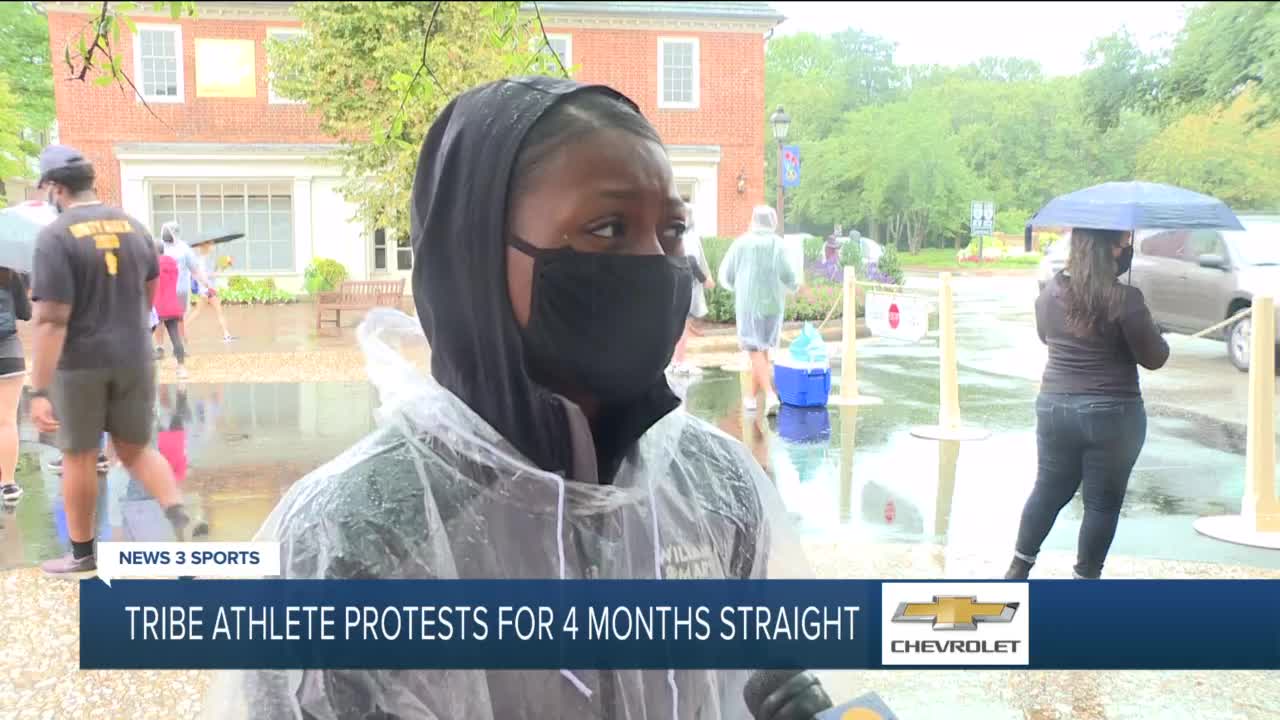 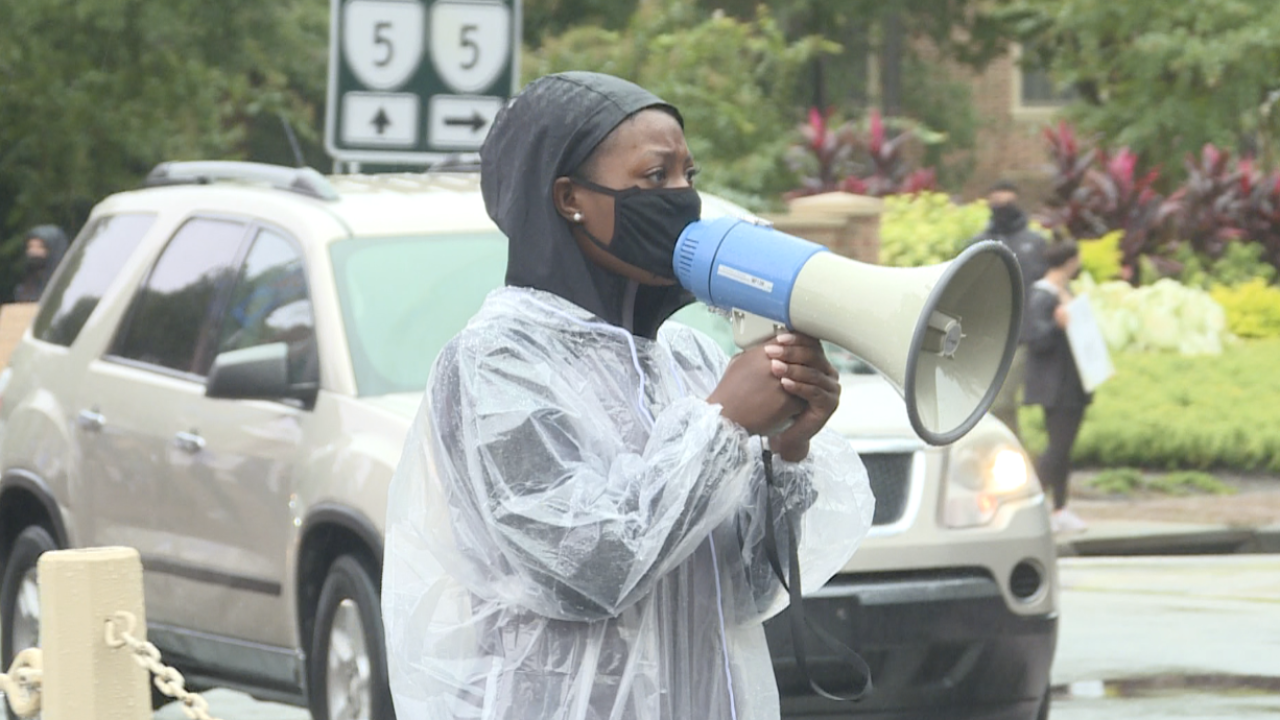 WILLIAMSBURG, Va. - One William & Mary athlete is taking it upon herself to change her community for the better.

Tribe sprinter Felecia Hayes hosts protests against inequality every Saturday afternoon, in a fight for change that's a marathon, not a sprint.

"I'm really grateful for my team and their constant efforts, and supporting me and just standing behind me as a Black athlete at the college," Hayes said.

Instead of parties, it's preparation on Friday nights for a handful of Tribe athletes. They gather in a garage to create posters for the following day's protest against racism and police brutality.

Hayes started protesting days after the death of George Floyd, and for four months straight now, she's made her voice heard every Saturday.

"I'm a Black woman and when you see decisions being made in the justice system, like with Breonna Taylor, it infuriates you," Hayes said. "I try to not be complacent with how America treats me as a black woman and that's why I try to work with other people around me that are just as mad as I am, that are just as sick and tired of it as I am."

Like the speed she shows on the track, her protests have seen speedy growth. They began with a group of five, but week after week the numbers grew. Now, there are 150-plus people in attendance every weekend.

At Williamsburg's Merchant's Square, students grab one of the posters that were hand drawn in a garage the night before, spread out, and - rain or shine - join Hayes in her stand against racisim.

"It's really important to voice how we feel about human beings," Hayes said, but voicing those feeling hasn't come without its hurdles and people have shown up to her protests in opposition.

"Some more vocal than others," Hayes said about the opposition, "I'm just really grateful for the people that do come out and do support."

Hayes may be a sprinter for William & Mary, but she's in the midst of a marathon, not a sprint. Four months into protesting, she hasn't slowed down a bit.

"Black athletes are not cared about, only used for entertainment, only told to shut up and dribble," Hayes said. "As an athlete I use this platform to use my voice even more, it's something that drives me even more."