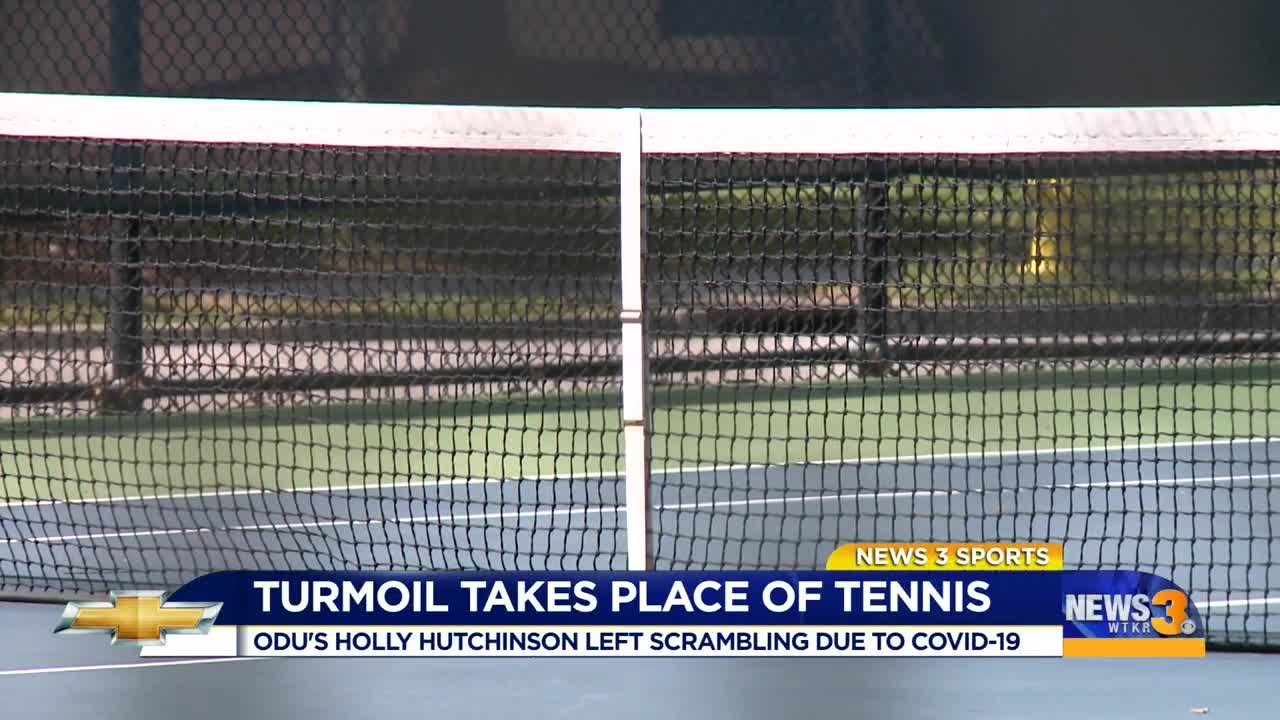 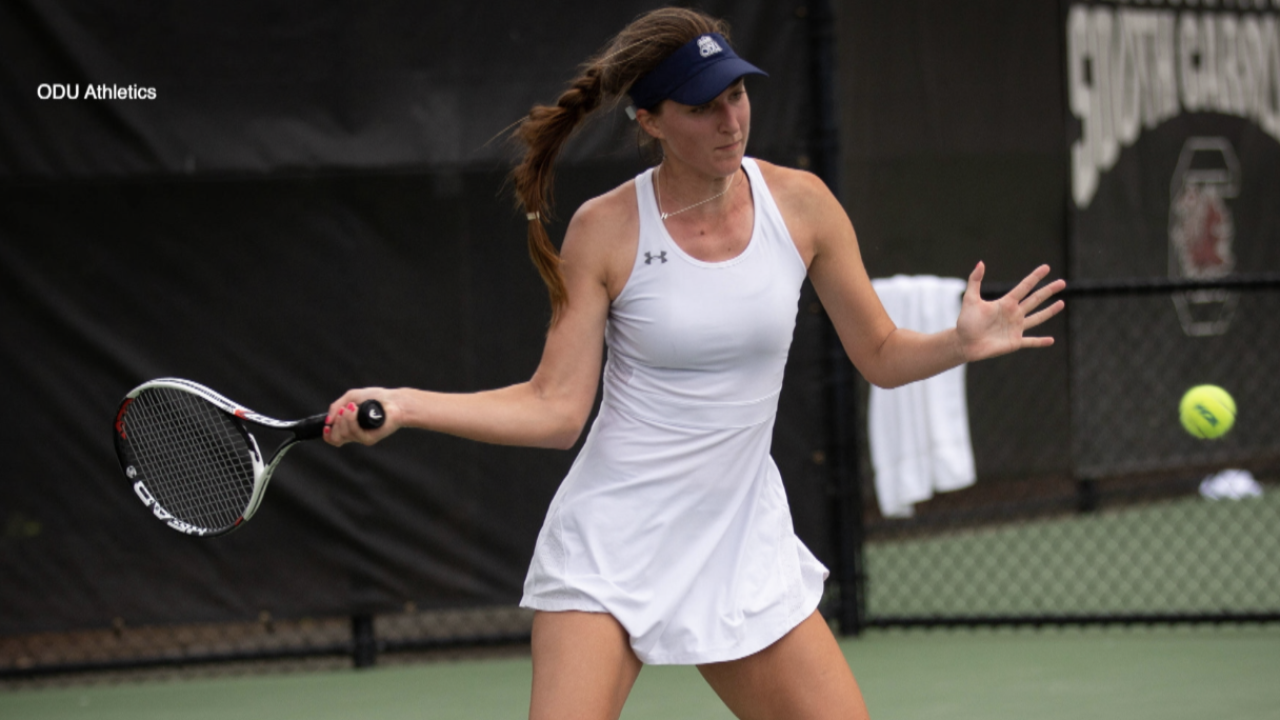 That's how Old Dominion University's Holly Hutchinson refers to the tennis court. But now, Holly's "happy place" is an empty place after all ODU spring sports, including tennis, were canceled due to the coronavirus.

The NCAA has announced it will recommend an extra year of eligibility or athletes whose seasons have been canceled. But when you read between the lines, this is more than just a story of a senior year being scrapped. Hutchinson, a native of Middlesex, England, has plenty running through her head - and she's running out of time.

Dr. Wood Selig, ODU's Athletic Director, says the university is working with the NCAA to find answers for athletes like Hutchinson. However, there's no game plan for an unprecedented situation like this.

It's been a whirlwind of a month for Hutchinson. After undergoing emergency surgery on her elbow in mid-February, Hutchinson was only cleared to return to the court last weekend. Now, her season is wiped-out by COVID-19.

"I don't want to come across like I'm putting pity on myself," Hutchinson said. "Because I know there are so many people in way, way worse situations than I am. It's just been such a hard season for me, and I was so ready to get back into it. Then, to have that taken away, especially after surgery, it's just heartbreaking."

Holly looks forward to returning to her happy place, and hopes ODU is the right place to make that happen.