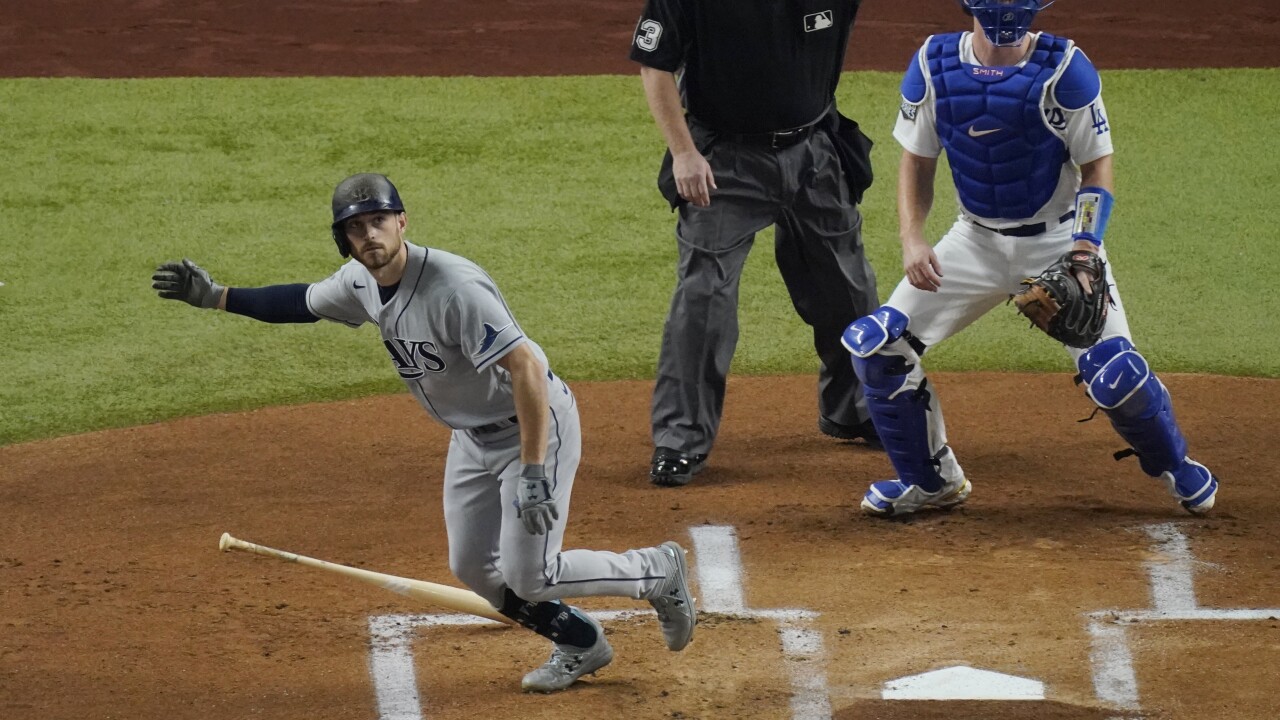 ARLINGTON, Texas - Brandon Lowe, the unanimous MVP of the Tampa Bay Rays during the 2020 regular season, had been mired in a postseason slump. He entered Wednesday's Game 2 of the World Series with just four hits in his last 52 at bats.

However, the Nansemond River High School product busted out of his skid in a big way.

In the first inning, Lowe smashed a 410-foot solo home run to give his Rays a 1-0 lead vs. the Dodgers. It's the first time Tampa has held a lead in this World Series. Los Angeles won Tuesday's opening game of the best of seven series, 8-3.

Then, in the top of the 5th inning, Lowe homered again - a two-run, 381-foot blast to left field to give Tampa a 5-0 lead. According to StatsBySTATS, Lowe is the second player in MLB history to have a multi-HR game in the World Series after entering the game with a sub-.200 batting average in that postseason (min. 30 PA). The other was Hall of Famer Eddie Murray in the Baltimore Orioles' title-clinching win in 1983.

Hear from the guys live in their postgame interviews after a World Series Game 2 win. https://t.co/ngeDyd2tfy