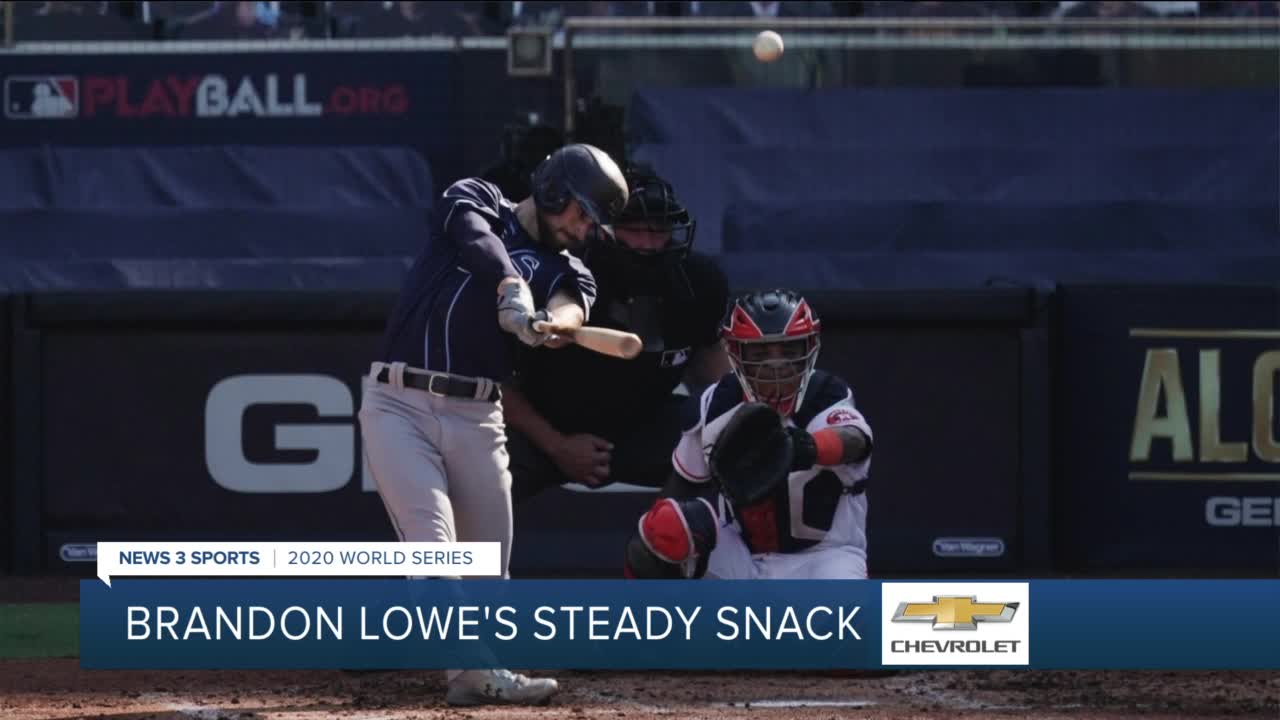 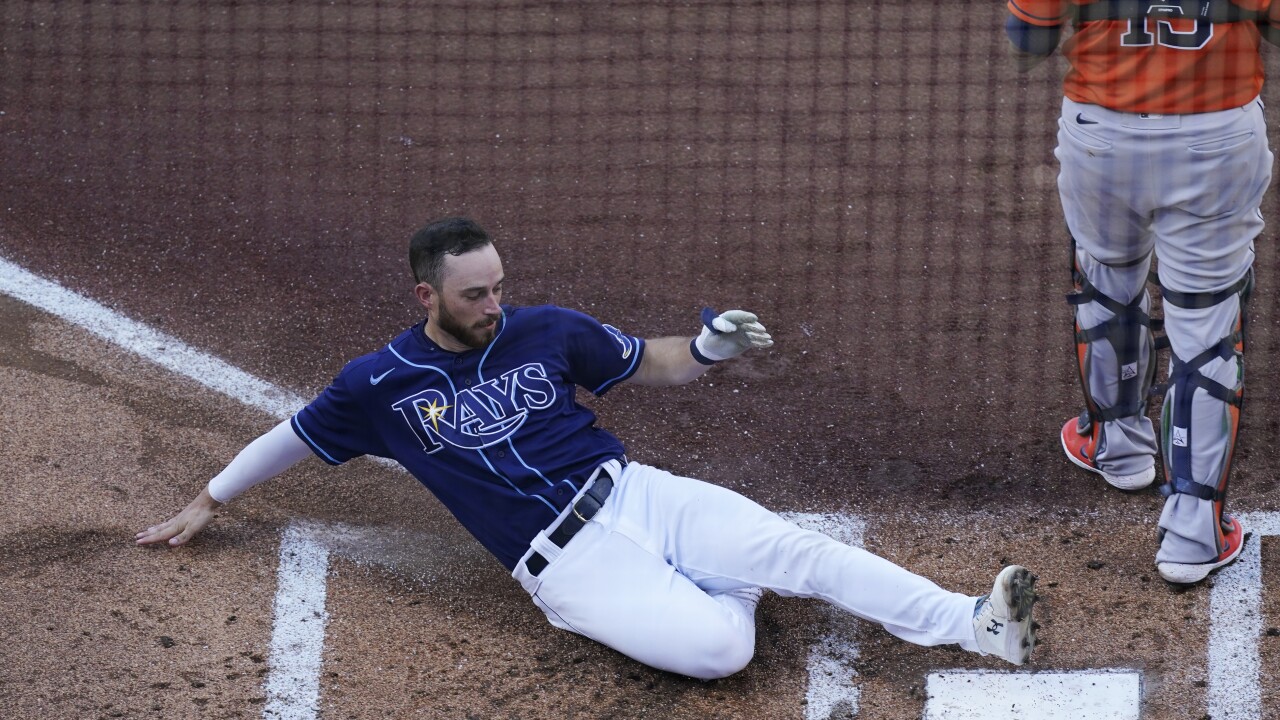 ARLINGTON, Texas - With the World Series being played at a neutral site for the first time since 1944, and being held following a shortened season with an expanded playoff field - there's not much 'familiar' about the 2020 Fall Classic. Therefore the players will control what they can control - and that includes a favorite snack for a local standout.

Suffolk product Brandon Lowe was unanimously voted the Tampa Bay Rays MVP this season. Back in 2018, while still a minor league player for the Triple-A Durham Bulls, Lowe made a stop at Harbor Park to play the Norfolk Tides. During an interview with News 3, the Nansemond River High School alumnus admitted he had found a new pregame snack just days earlier.

"We went to Indianapolis, and they had these to-go applesauces - the kids food," Lowe admitted. "I had one and hit a home run that day. So, I have to keep eating the applesauce."

In fact, Lowe hit a pair of home runs the day after he first sampled the sauce. Just a month after his visit to Harbor Park, Lowe was promoted to the majors.

This year, although he's struggled in the playoffs, Lowe led the Rays in hits, runs, runs batted in and slugging percentage during the regular season. Monday, on the eve of game one of the World Series, Lowe was asked if the applesauce is still a thing.

"Oh yah, absolutely it's still there," Lowe said. "Slumps happen, so that's one thing that won't change. I'll still be eating enough of it. Nothing has changed in three years."