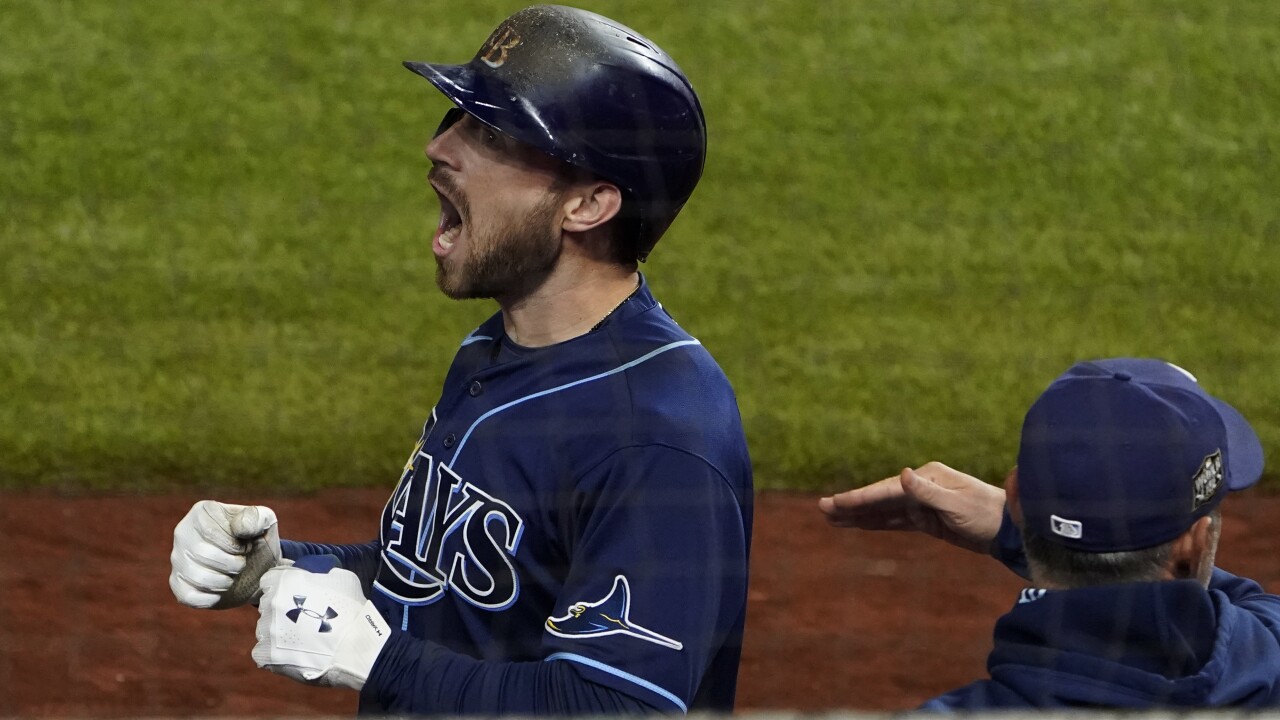 ARLINGTON, Texas - After breaking out of a postseason slump with two home runs in Game 2 of the World Series, Brandon Lowe continues to find success at the plate.

In the sixth inning, Lowe's three-run home run to left-center field put the Rays ahead 5-4, giving them their first lead of the game.

Lowe's home run was part of MLB history. According to StatsBySTATS, the Rays became the first team with a home run in four straight innings in a single postseason game. Randy Arozarena and Hunter Renfroe homered before Lowe, who was followed by Kevin Kiermaier.