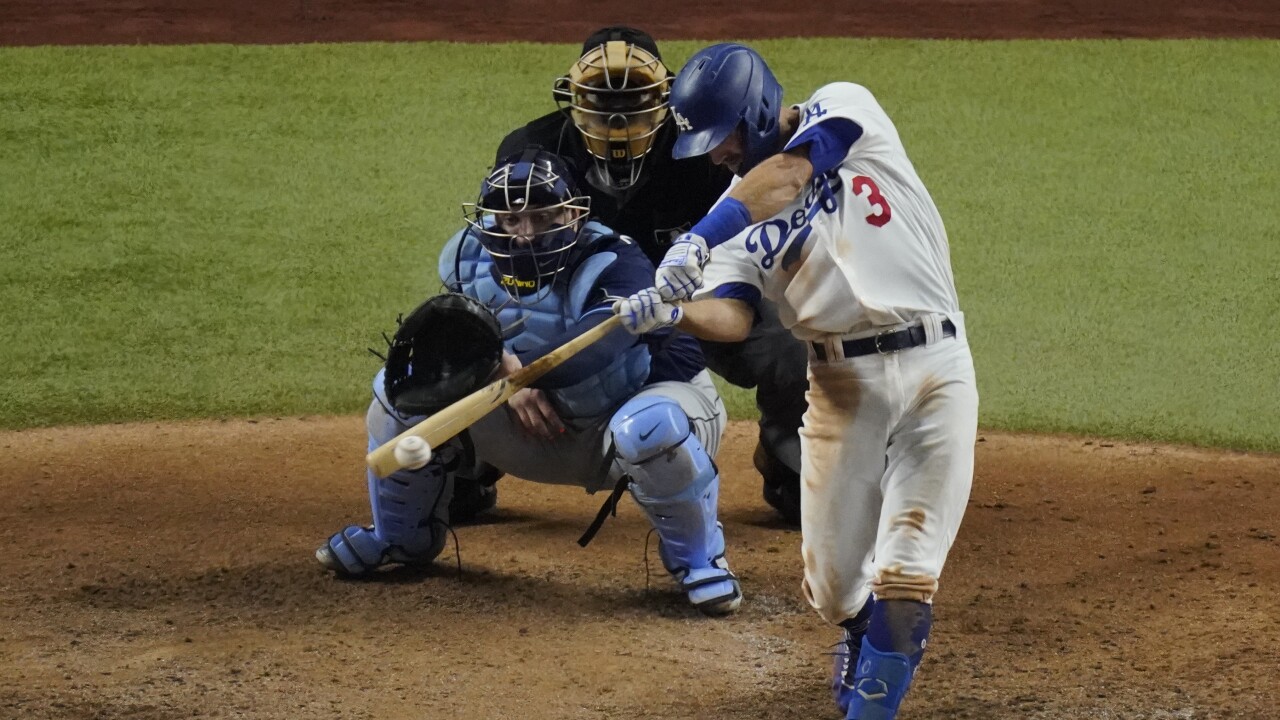 ARLINGTON, Texas - In Game 2 of the 2020 World Series, being played in Arlington, Texas, it was a Texas two-step for a pair of sluggers from The 757.

After Suffolk's Brandon Lowe, a Nansemond River High School alumnus, clubbed a pair of home runs earlier in the game for the Tampa Bay Rays - Virginia Beach's Chris Taylor hits a homer of his own.

Taylor broke up the no-hitter of Tampa Bay Rays starter Blake Snell with a two-run, 398-foot home run in the bottom of the fifth inning. According to the Fox broadcast, it was the first World Series home run hit by a Dodgers player batting in the ninth position of the batting order since Kirk Gibson's pinch-hit, walk-off home run vs. Dennis Eckersley in the 1988 World Series.